Two exhibitors at the Toronto International Bicycle Show are announcing their partnership, with a chance to win a cycling holiday in Italy.

Bici Amore Mio, a network of bike hotels offering cycling services in five distinct and unique areas of Italy and Pinarello bicycles with the support of Uno Imports, will be renovating their partnership at the show.

All the hotels in the Bici Amore Mio cycling group offer Pinarello bikes, including the NEW Dogma F10 for use as part of a cycling holiday package. To promote our partnership, the two companies are offering a contest to win a free cycling holiday at one of the famous bike friendly hotels of your choice. 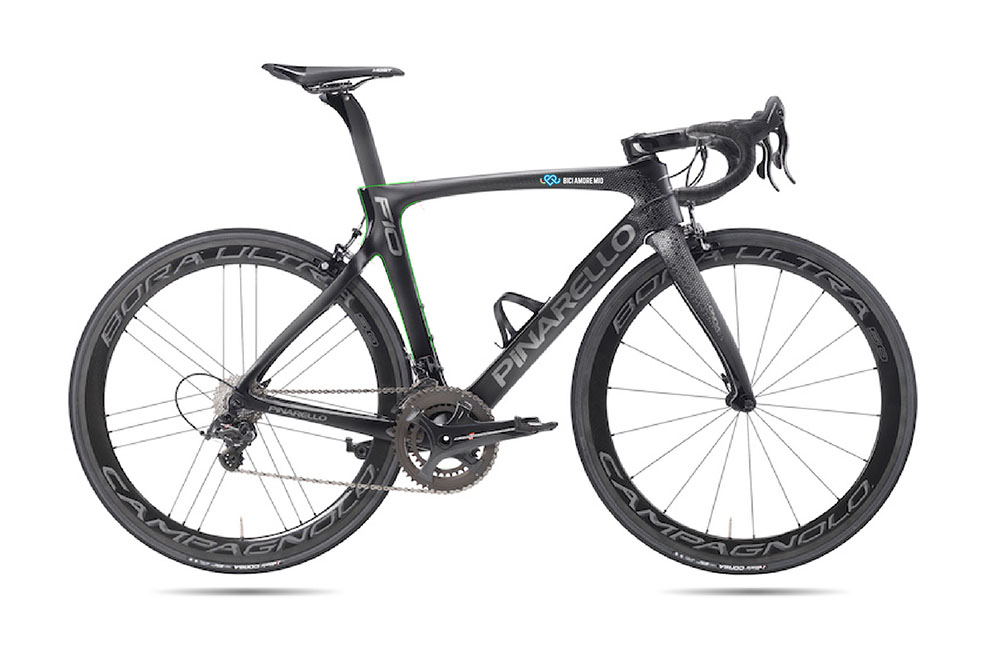 Nicola Verdolin of Bici Amore Mio group; "We are pleased to be associated with The Toronto International Bicycle Show, Uno Imports and Pinarello in Canada for the second year. This is the perfect venue to showcase our partnership and share the opportunities and joy of cycling in my home country - Italy. We are very glad to announce the Pinarello F10 customized Bici Amore Mio, a totally new bike that our guest will use riding along Italian Roads."

To win a one-week cycling holiday for two people and the use of a Pinarello bicycle at one of Bici Amore Mio cycling group hotels, enter the contest at www.biciamoremio.it/Pinarello and or visit the Pinarello booth at the show in Toronto on March 3-5, 2017.

(** The holiday includes a stay for two people in a double room in one of the Bici Amore Mio bike hotels including bike, meals and guided bike rides. Flights, transportation and transfer are not included.)