Canada had two teams qualify for the the next round of competition at the World Cup Final in Los Angeles, California, on Friday evening.  The Women's Team Sprint squad was fourth in qualifying and the Women's Team Pursuit squad was third. 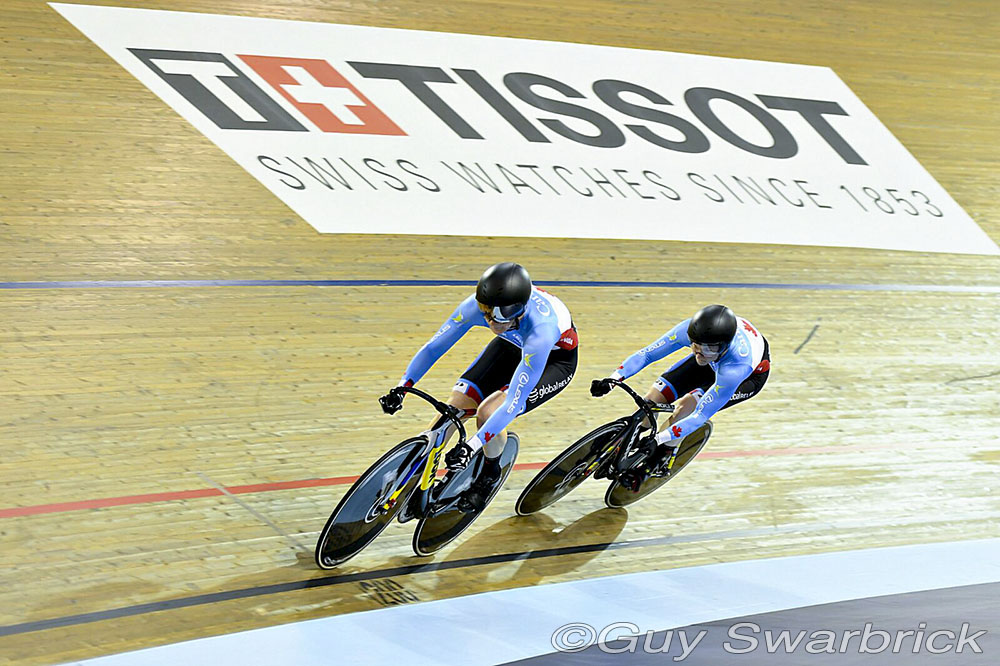 "I'm pretty happy with the girls," said Erin Hartwell, national sprint coach.  "Qualifying fourth, only a few hundredths out of third, so a win in the next round would put us in the medal round.

In the Men's Team Sprint, the squad of Hugo Barrette, Stefan Ritter and Patrice St-Louis-Pivin finished tenth with a time of 45.451 seconds and will not move forward in the competition.  They missed qualifying by less than three-tenths of a second. 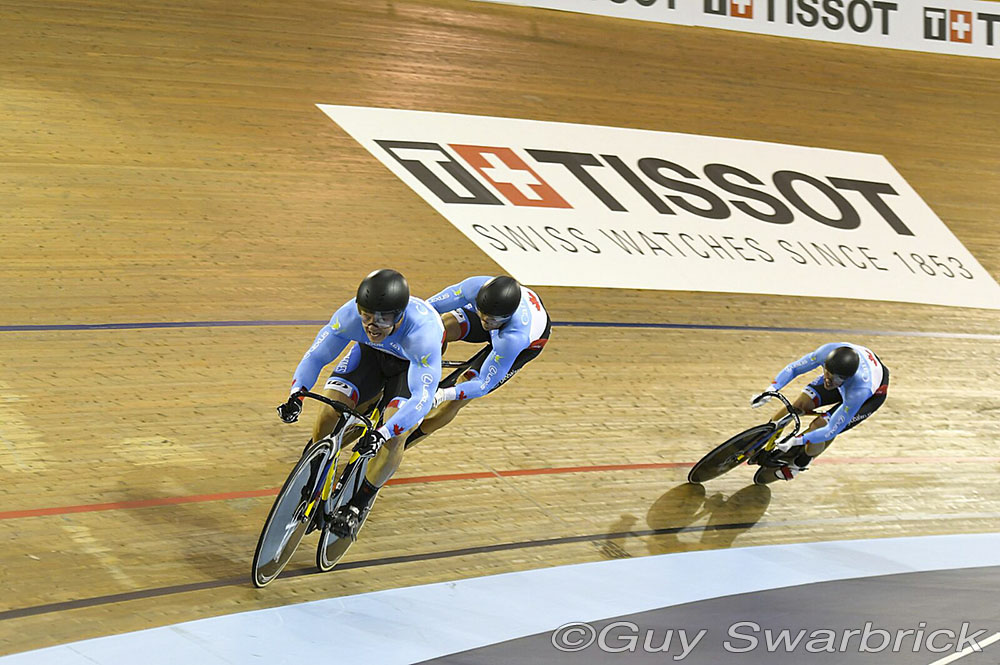 "We're a young team, so it's a lot of up and down," said Hugo Barrette.  "We all showed up with great legs but we probably could have executed the ride better.  We had an amazing ride last week [at the Cali World Cup], which gives me a lot of hope for the future, but for now there are some little things that we need to learn from."

The Women's Team Pursuit squad of Laura Brown, Jasmin Duehring, Kirsti Lay and Steph Roorda finished third with a time of 4:25.651 seconds.  Canada still has an opportunity to race for gold on Saturday evening, based on their results in the next round on Saturday afternoon, when they race New Zealand. 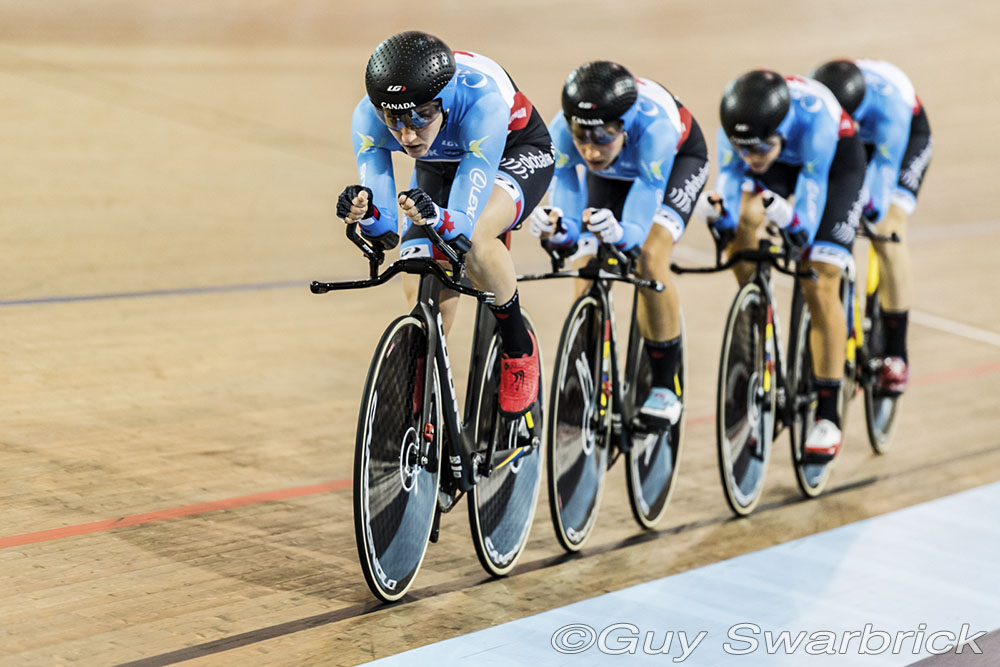 "We didn't really know what to expect," said Craig Griffin, national women's track endurance coach.  "This is the first time we have had Kirsti and Jasmin in the line-up since Rio [Olympics], so we didn't know what to expect.  We got caught out a bit [trying to pass] the Poles [Poland] in the last kilometre.  We have plenty of room for improvement against the Kiwi's tomorrow."