After a six week break, the Mountain Bike World Cup resumed on Friday in Vallnord, Andorra, beginning with the XCC (Short Track).  Catharine Pendrel (Team Canada) had the strongest Canadian performance of the day, finishing seventh in the women's race, with national champion Emily Batty (Trek Factory) also in the top-10, in ninth place.  This will give Pendrel a favourable first row start position for Sunday's cross-country.  Batty will start in the second row.  Peter Disera (Norco Factory), the only Canadian man to qualify for the XCC, finished 18th, just out of the first two rows for Sunday's race. 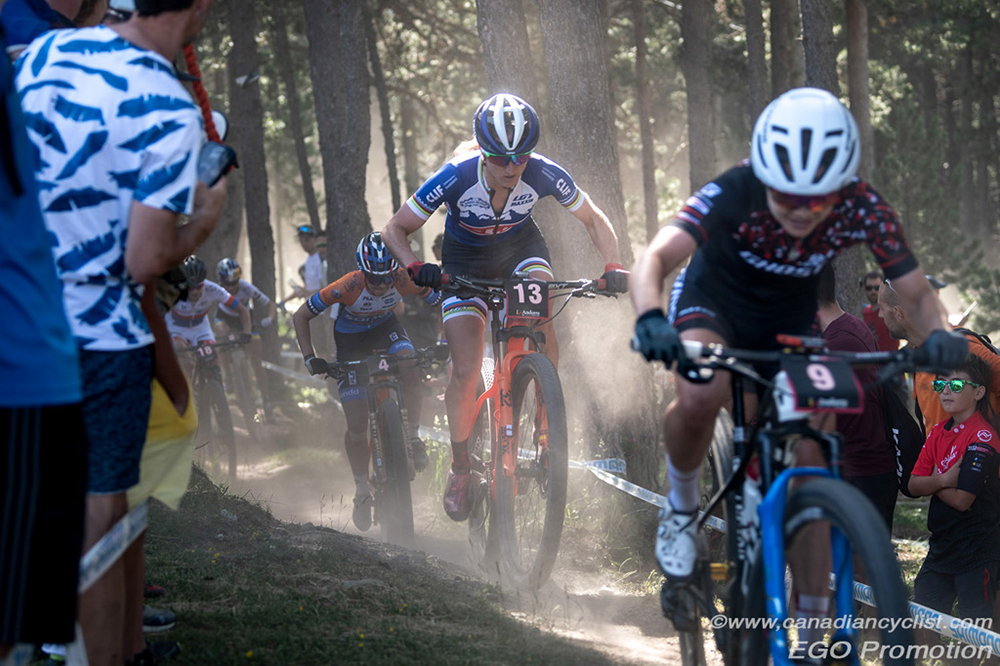 "I felt great," said Pendrel, after her best XCC of the season.  "I was able to position well and I think the more MTB vs road tactics race focus of this course helped me have a good one.  It's a good confidence boost going into Sunday."

While the XCC is always an intense effort, Vallnord is particularly hard, with the 2000 metre altitude making this the highest World Cup of the season.

Jolanda Neff (Trek Factory) finally won the first XCC of her career, outkicking Alessandra Keller (Thomus RN) and world champion and World Cup leader Kate Courtney (Scott-SRAM).  Keller, the defending XCC winner in Andorra, is in her first World Cup of the season, coming back from injury.  A large group were still together at the start of the last lap, when Ramona Forchini (JB Brunex Felt) attacked.  Keller countered, and was only caught in the final half lap.  Over the final steep bridge, Neff attacked and held on for the win. 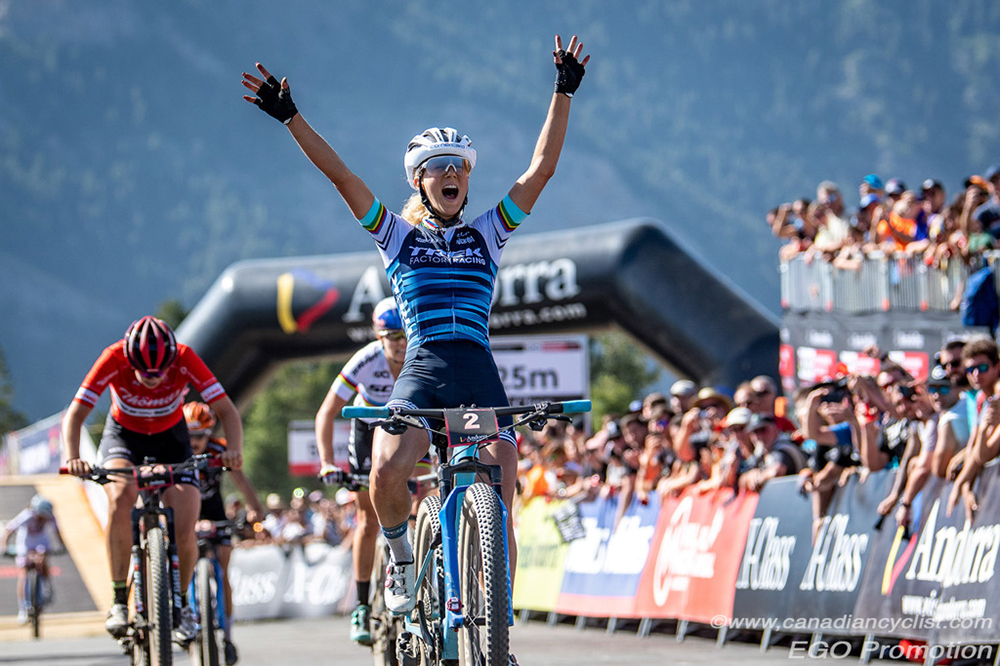 In the overall standings, Courtney still leads Neff, with Rebecca McConnell (Primaflora Mondraker Rotor), moving up to third from fourth.  Pendrel moved up one spot in the overall World Cup standings, to 14th, while Batty jumped from 29th to 23rd.  Haley Smith (Norco Factory), the top ranked Canadian woman in the World Cup standings, dropped one spot, to ninth, after finishing 24th in the XCC.  Sandra walter (Team Canada) finished 19th (moving up one spot to 29th in the overall, standings), while Cindy Montambault did not finish.

"It's amazing, my first Short Track win," said Neff, "I've been trying for so long.  I stayed patient until the last 50 metres, I think that was key.  It didn't hurt at all, because I could see the finish line." 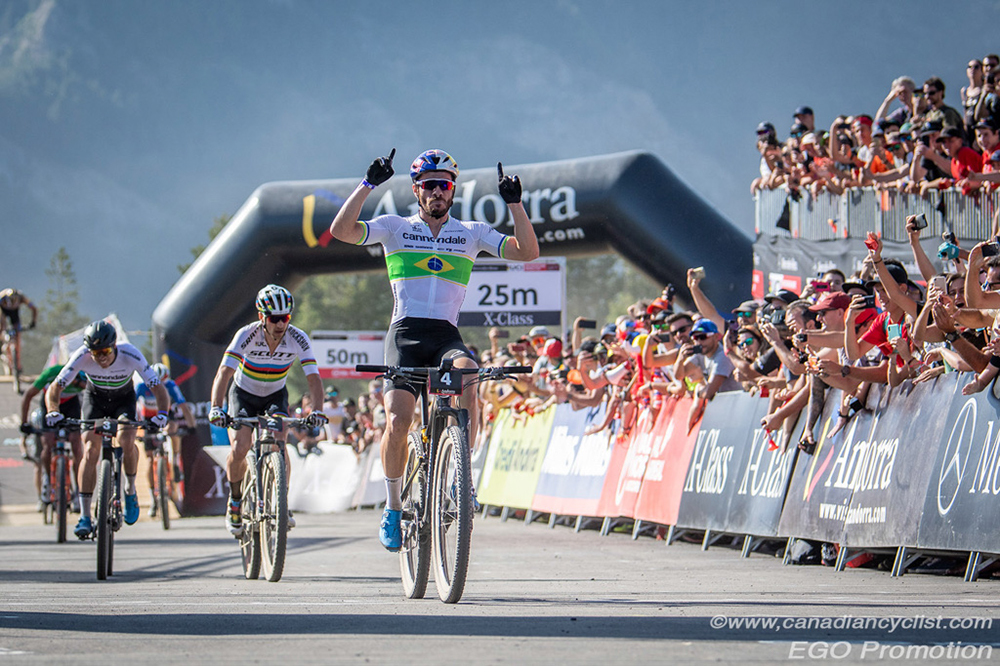 Mathieu van der Poel (Corendon Circus), the overall World Cup leader and winner of the first two rounds of the XCC this season, decided to skip Vallnord, citing his lack of time off following both the Cyclo-cross and early Road season, plus the first two rounds of the Mountain Bike World Cup.  He says he will be back for the next round in Les Gets, France, next week.

Mathias Fluckiger (Thomus RN) took control of the race for the opening half of the race, but the altitude took its toll.  Gerhard Kerschbaumer (Torpado Ursus), winner of the cross-country in Vallnord last year, attacked with two laps to go, but Avancini took control on the last lap, holding off Schurter over the final bridge.

Van der Poel remains the overall World Cup leader with 700 points, but Schurter has closed to within 115 points, and will likely take the lead after the Cross-country on Sunday.  Disera moved up two spots in the overall standings, to 16th.

"I just feel so connected to the mountains here," said Avancini.  "So, it feels less hard to push.  I was fifth in the first round, third in the next one, so now a win.  It's unbelievable, to be able to beat such a legend like Nino.  The dust was quite tricky today, so that was the main reason why I tried to be in the front."