The Canadian women's squad had a strong start to the Track World Championships on Wednesday, in Berlin, Germany, posting the third fastest time in Team Pursuit qualifying and smashing the existing Canadian record, with a time of four minutes and 12.728 seconds. Canada will race Great Britain in the next round on Thursday, with the winner moving on to the gold medal final. 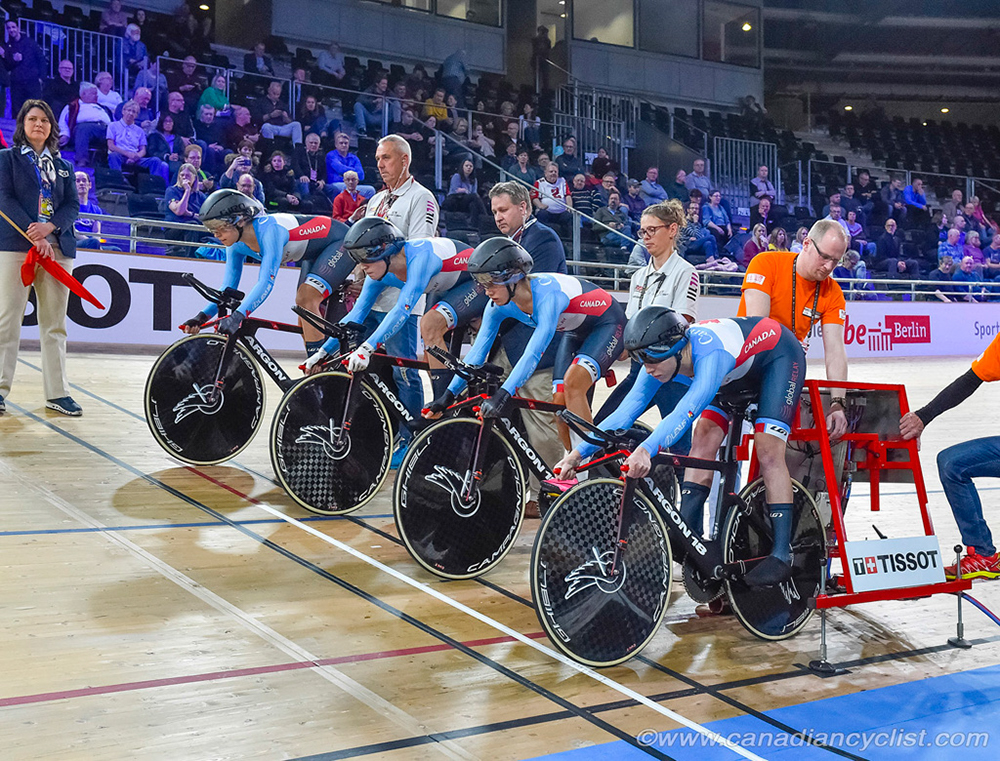 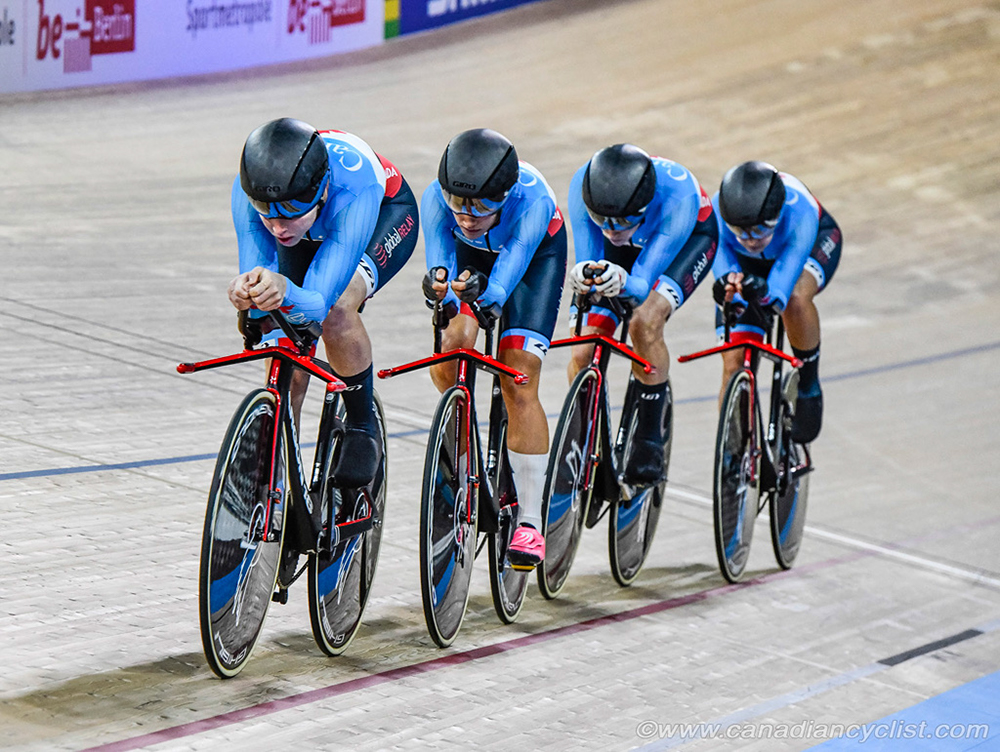 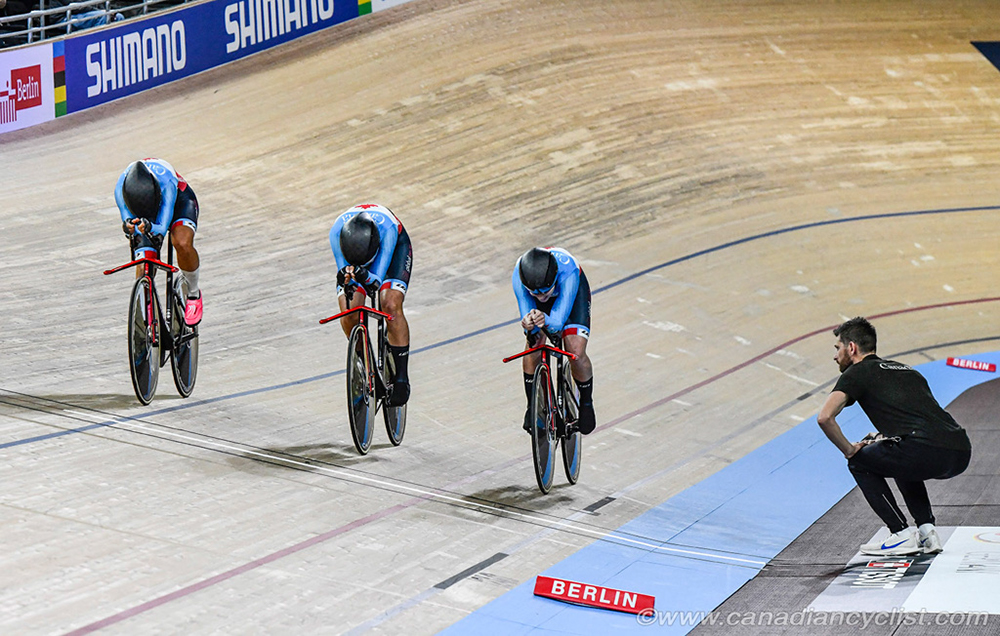 "It was a very pleasing ride," said Matt Shallcross, women's endurance coach.  " We've made some pretty big steps from the World Cup season, and this shows that our hard work over the New Zealand summer paid off.  I'm thrilled with the position we are in, and confident we can go faster."

"GB [Great Britain] is just nine-tenths [ahead], so if we just clean up our ride, ride with confidence and believe in what we can do, then I think it's going to be a tight match that we can challenge for."

"We had a pretty disappointing World Cup season; our times were pretty slow.  So we really looked at things and changed our strategy.  We added a lot more power work and big gear work.  A lot of the work down there was on the road, pushing the limits."

Our goal is to go to the Olympics and ride for the top spot, so to battle them here, give them a run for their money and hopefully beat them is going to help our confidence.  We are excited about the opportunity, we are not afraid of who they are, and we going to go out there and ride and do the maple leaf proud."