After winning the Canada Summer Games time trial titles on Tuesday, Quebec and Ontario repeated on Thursday in the road races, with Laury Milette taking the women's title for Quebec and David Olejniczak for the men.

The road races took place on a 13.8 kilometre circuit around the town of Fonthill, with the women racing five laps and the men eight. The rolling circuit did not include the infamous Saylor Hill climb, but there were enough short, sharp climbs to weed out the contenders. 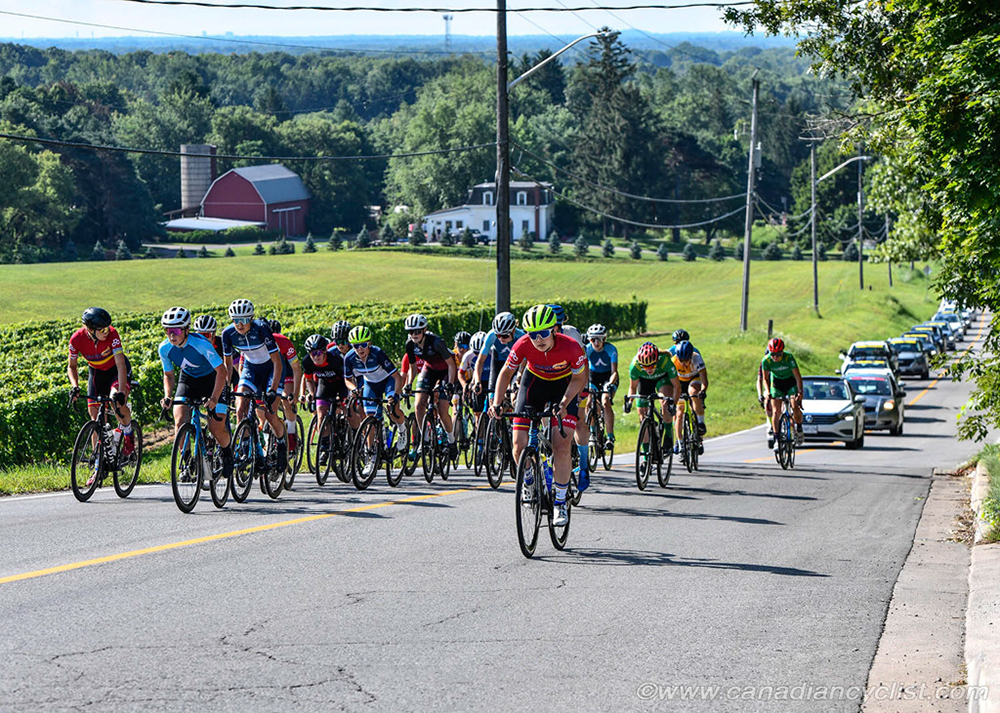 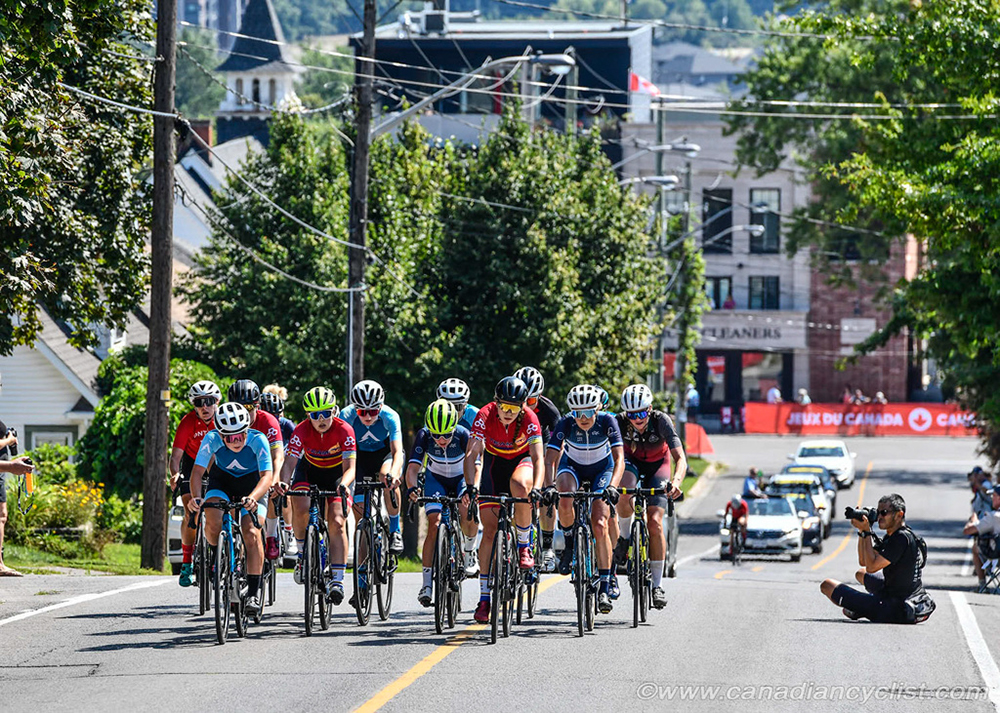 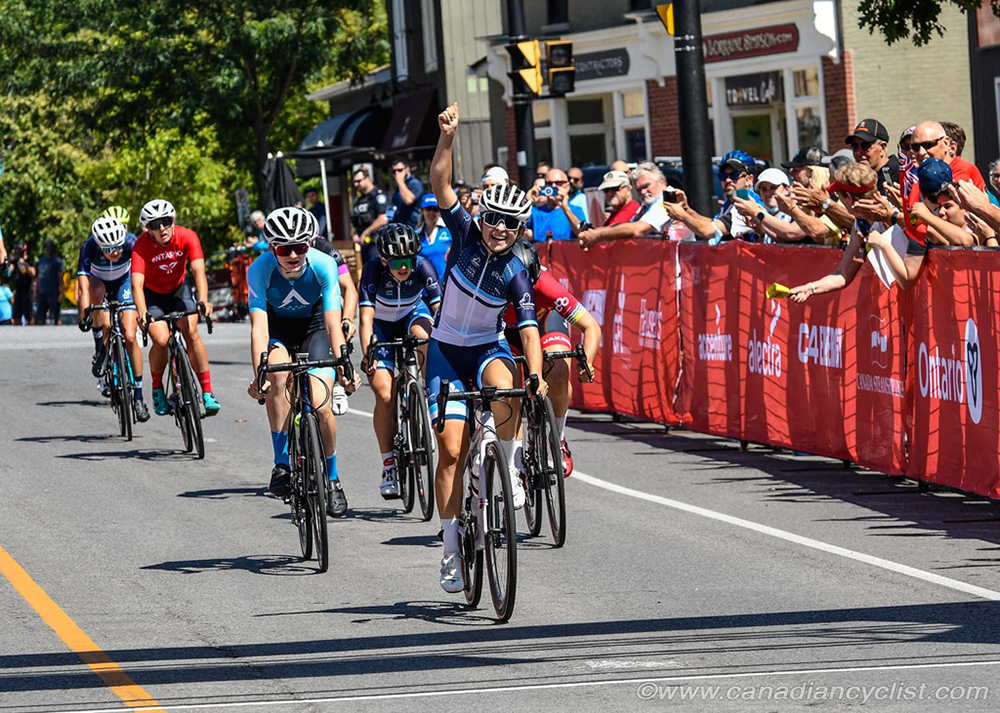 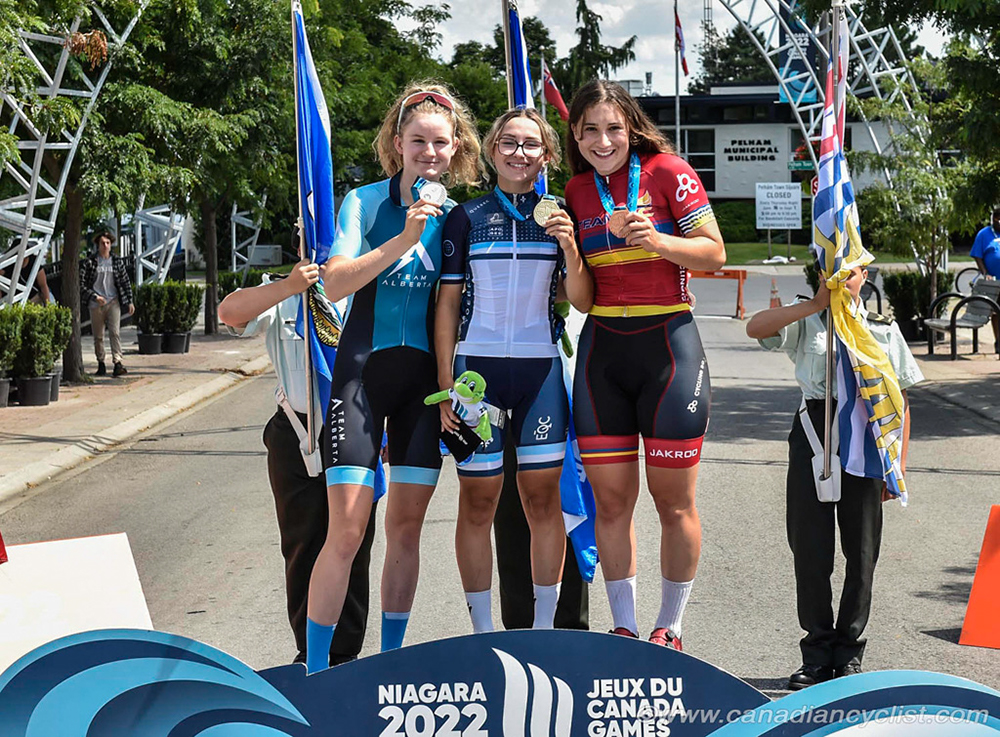 The women's race was one of attrition, with the 34 rider field whittled down to 14 by the halfway mark. Quebec tried a number of breakaway efforts, but were always brought back. Camille Primeau was the last serious Quebec attempt, with ten kilometres to go, but was brought back for a sprint finish. The finish had a long shallow climb to less than 200 metres to the line, and Milette took the lead over the top of the rise. She had enough of a gap on Anabelle Thomas (Alberta) and Isla Walker (British Columbia) to check over her shoulder and raise an arm in victory as she crossed the finish line.

The men's race started the same way as the women's, with riders gradually getting shed. However, rain began to fall heavily on the second lap and would continue with intermittent cloud bursts until the final half lap. On the second lap, a group of four riders from four provinces broke away - Olejniczak, Charles Duquette (Quebec), Braden Kersey (British Columbia) and Kaden Colling (Alberta). With four of the biggest teams represented, there was no effective chase, and the group steadily opened a gap, reaching nearly two minutes by the race midpoint. 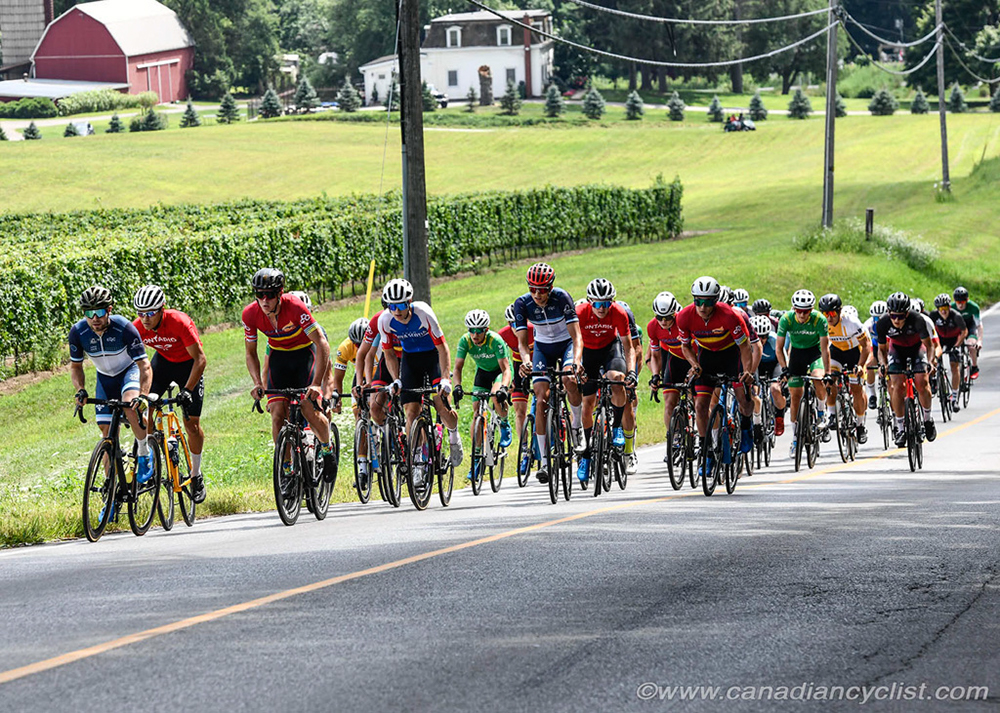 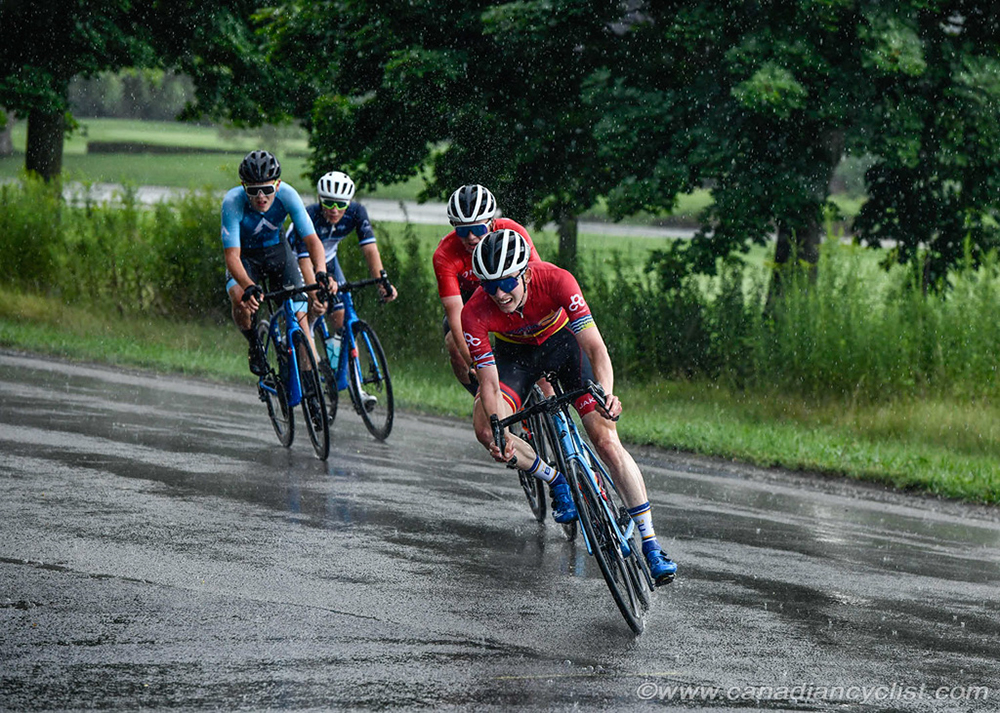 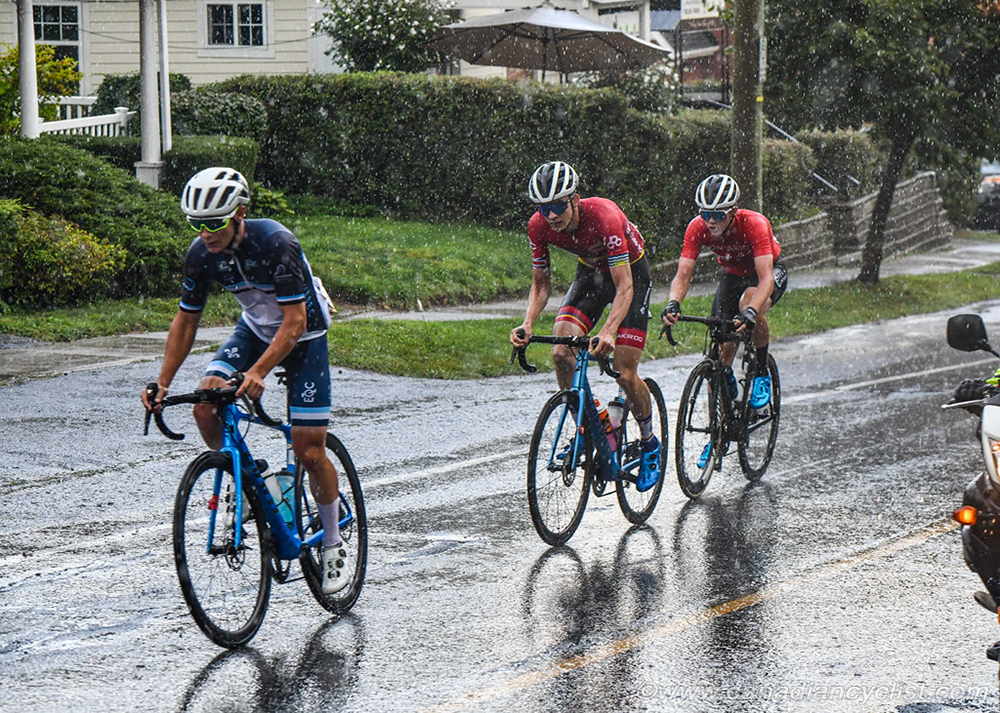 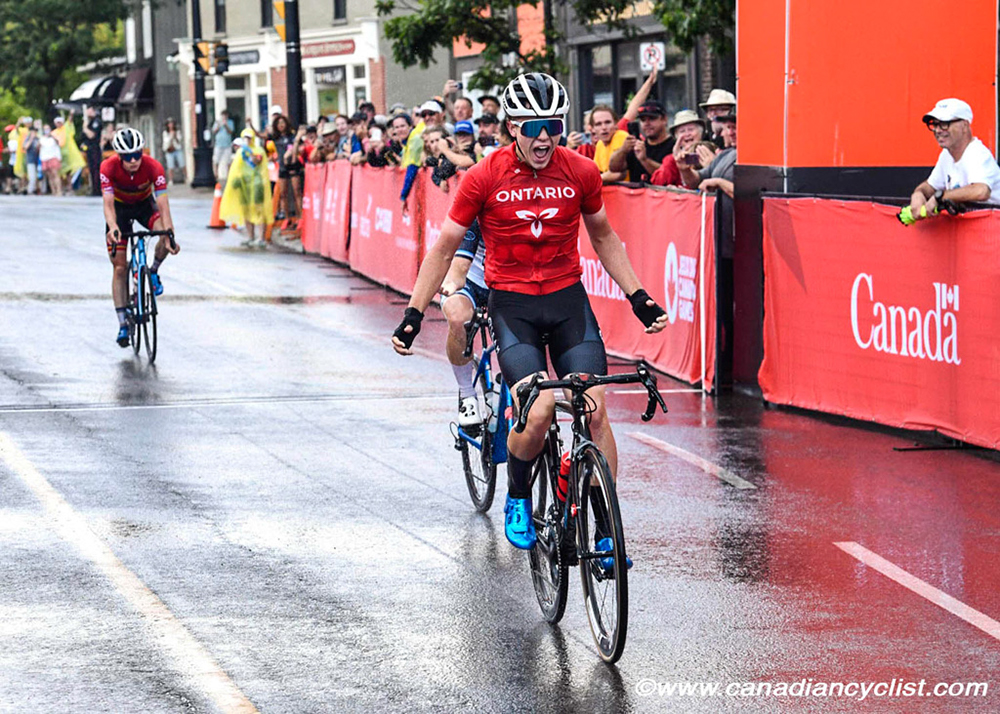 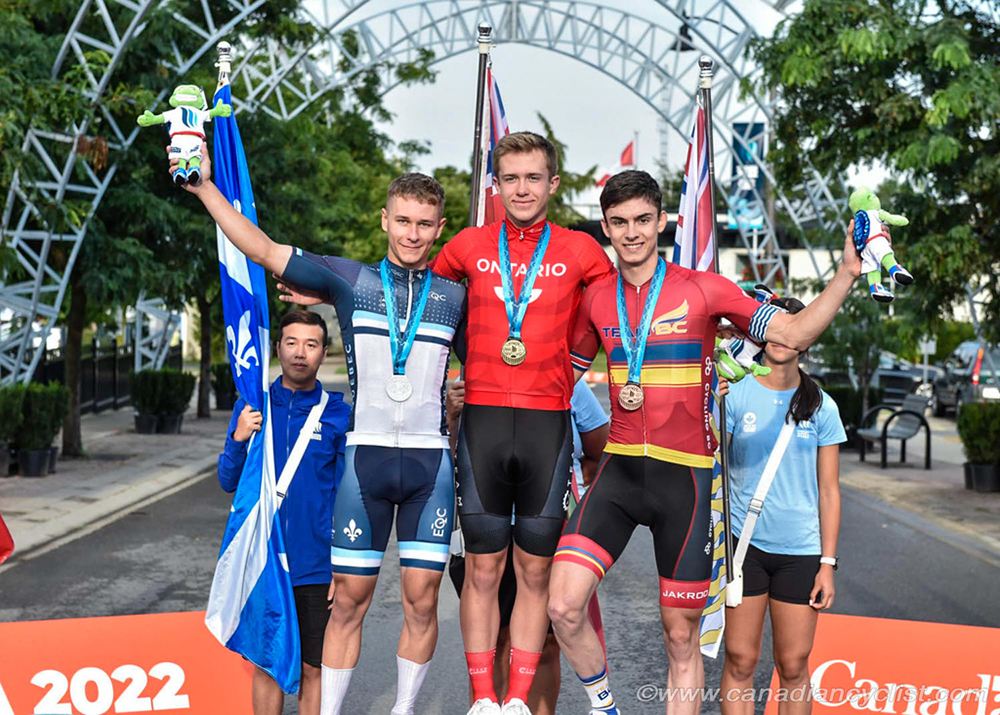 Colling was dropped near the end of Lap 5, leaving Ontario, Quebec and BC riders off the front, in pouring rain. The gap was still growing, to 2:30 by the start of the final lap. An attack in the peloton upped the pace and shrank the gap by a minute by the finish line, but the medalists were decided, with only the order to be determined. Olejniczak led over the top of the rise, dropping Kersey, and with Duquette sitting up and conceding the title in the final 20 metres.