Switzerland took the opening title of the Mountain Bike World Championships in Les Gets, France, with a dramatic late race surge to the front. Italy took the silver medal and the United States the bronze. Canada finished seventh after a mid-race battle for fourth.

The Team Relay consists of six riders each doing a lap of the XCO course. Each team contains male and female riders in the Junior, Under-23 and Elite categories. Teams can chose whichever order they wish to send off riders. 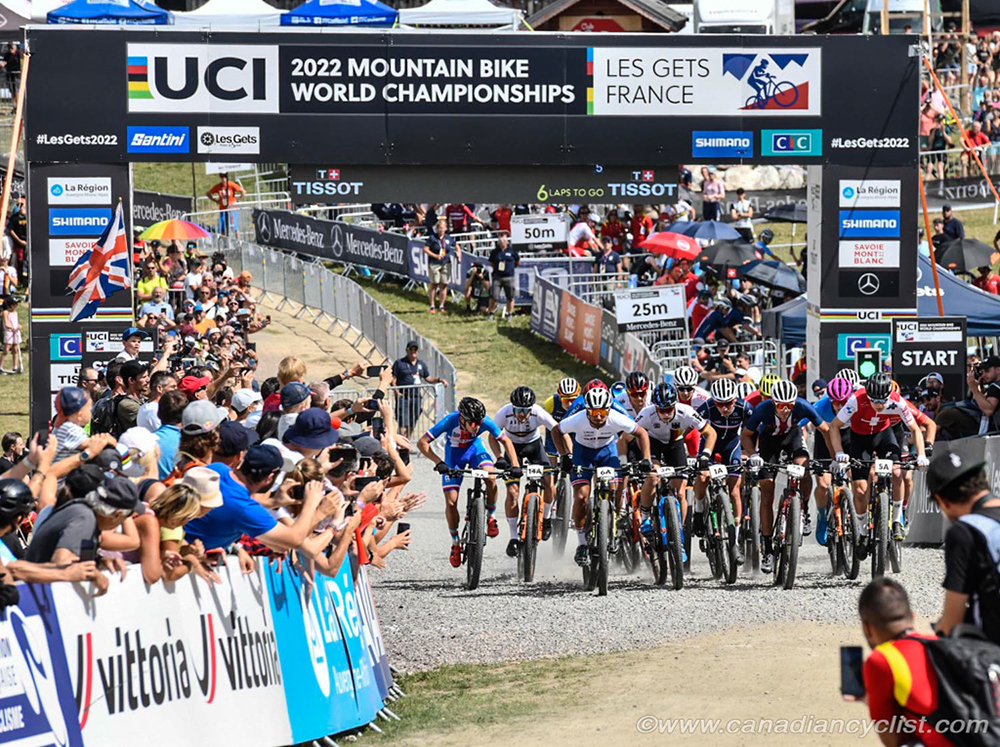 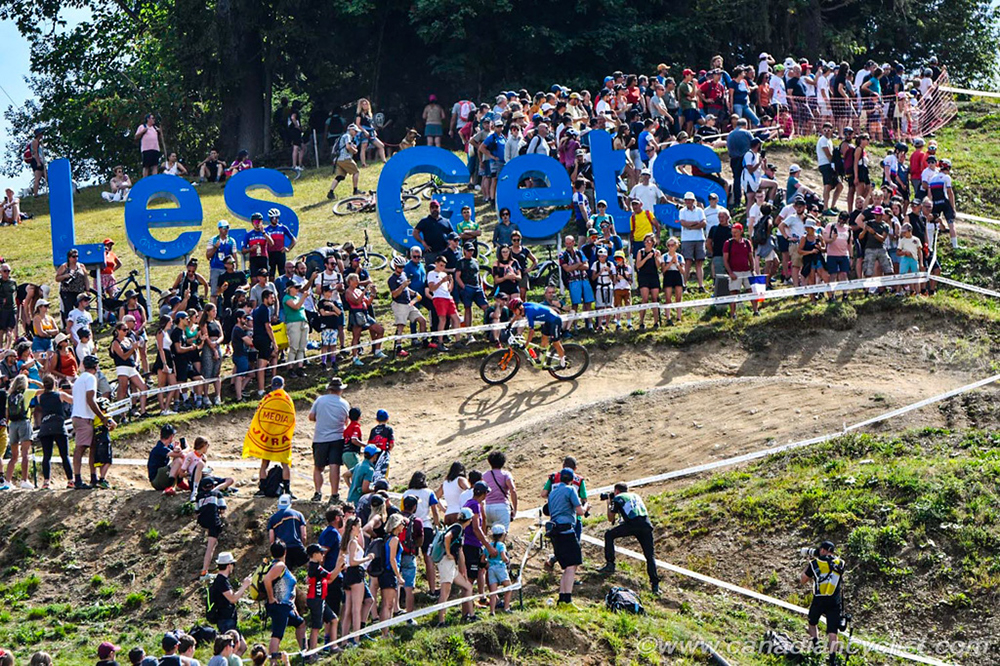 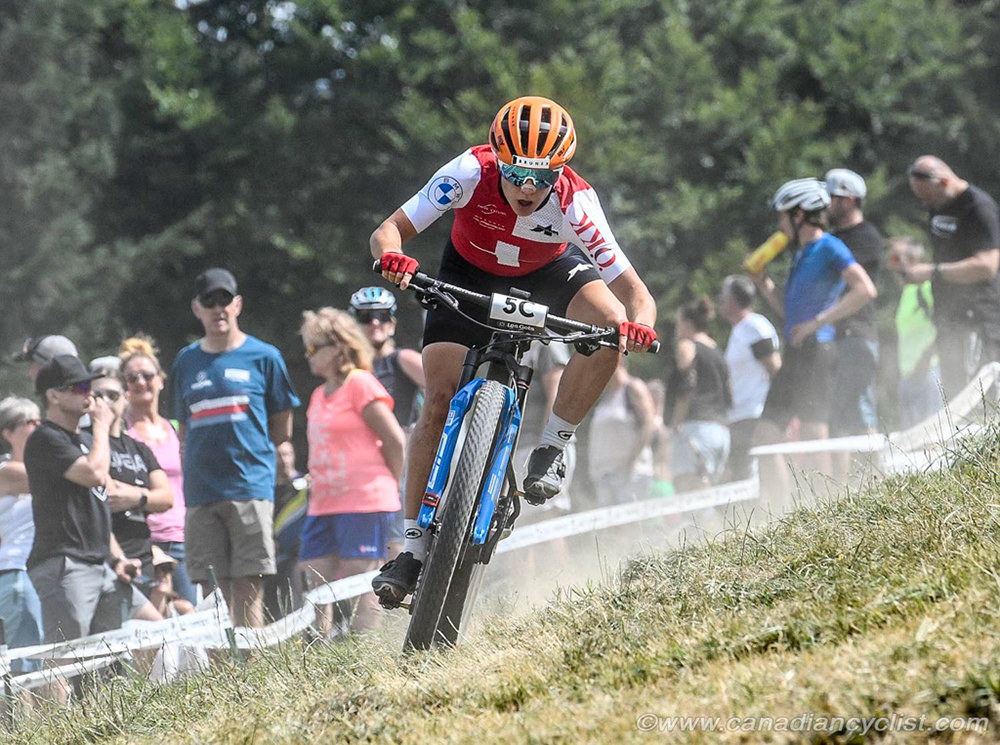 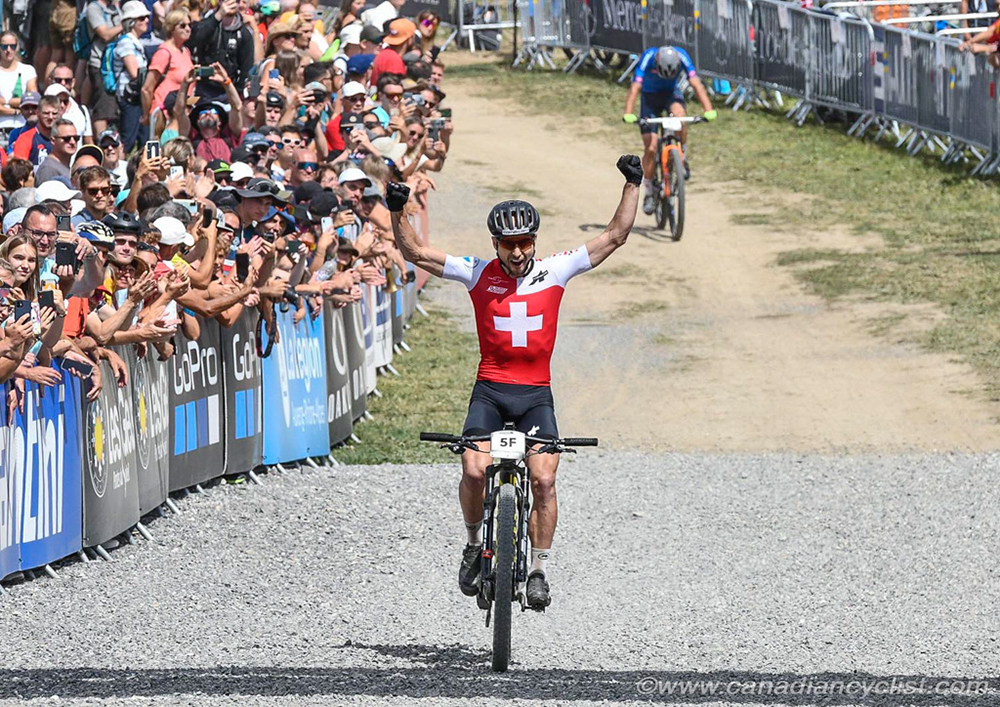 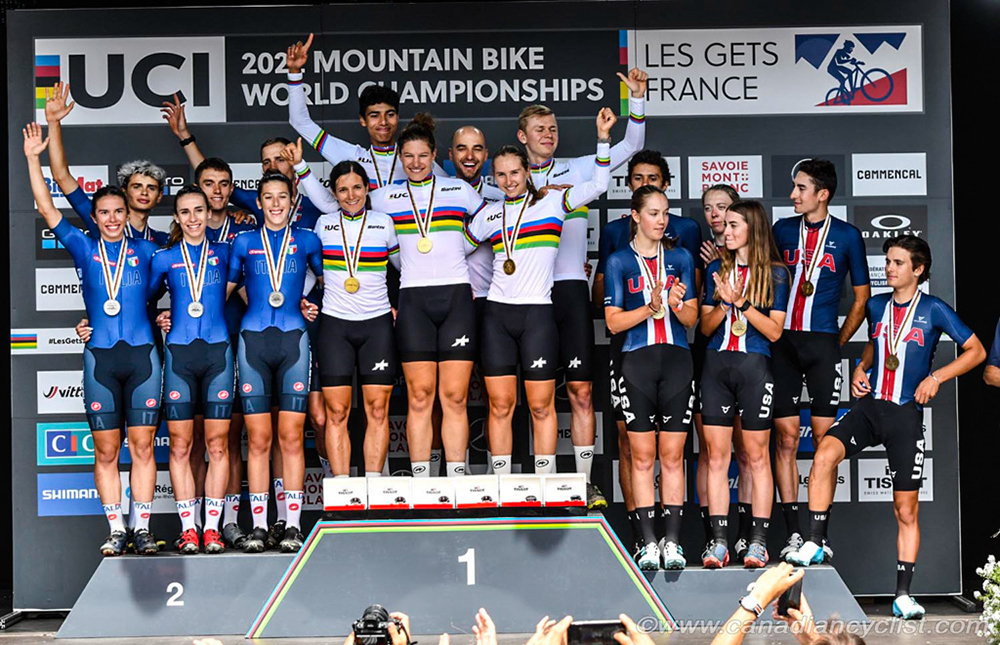 Italy took a strong early lead on the first lap, but their second lap rider suffered mechanical issues, dropping to fifth by the end of the lap. France - the defending champions - moved into the front position on the second lap, and extended their lead through the third and fourth riders, to lead by over a minute and a half when they sent off their fifth rider, with Switzerland sitting second.

However, disaster struck for the French Junior woman, Tatiana Tournut, who crashed heavily and lost her saddle, having to ride standing up for much of the lap, dropping to seventh by the end of the lap. Switzerland moved into the lead for the final lap and Nino Schurter was their rider, leaving little chance for chasing Italian Simone Avondetto to catch him.

The Canadian team consisted of Ian Ackert (Junior Men), Peter Disera (Elite Men), Laurie Arseneault (Elite Women), Emilly Johnston (Under-23 Women), Isabella Holmgren (Junior Women) and Carter Woods (Under-23 Men). After finishing 15th on Lap 1, Disera moved the squad up to 11th on Lap 2. Laurie Arseneault moved up to seventh and Emilly Johnston reached a high of fifth. The team lost a few spots in the fifth lap, dropping to tenth, but Carter Woods had the third fastest lap of his group, to move Canada back up to seventh at the finish line. 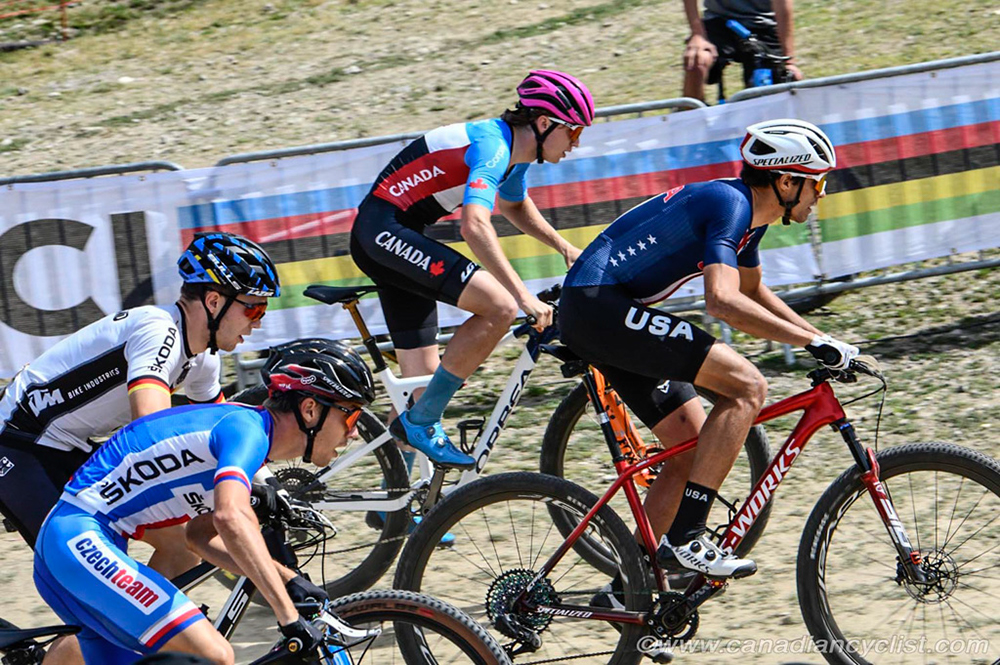 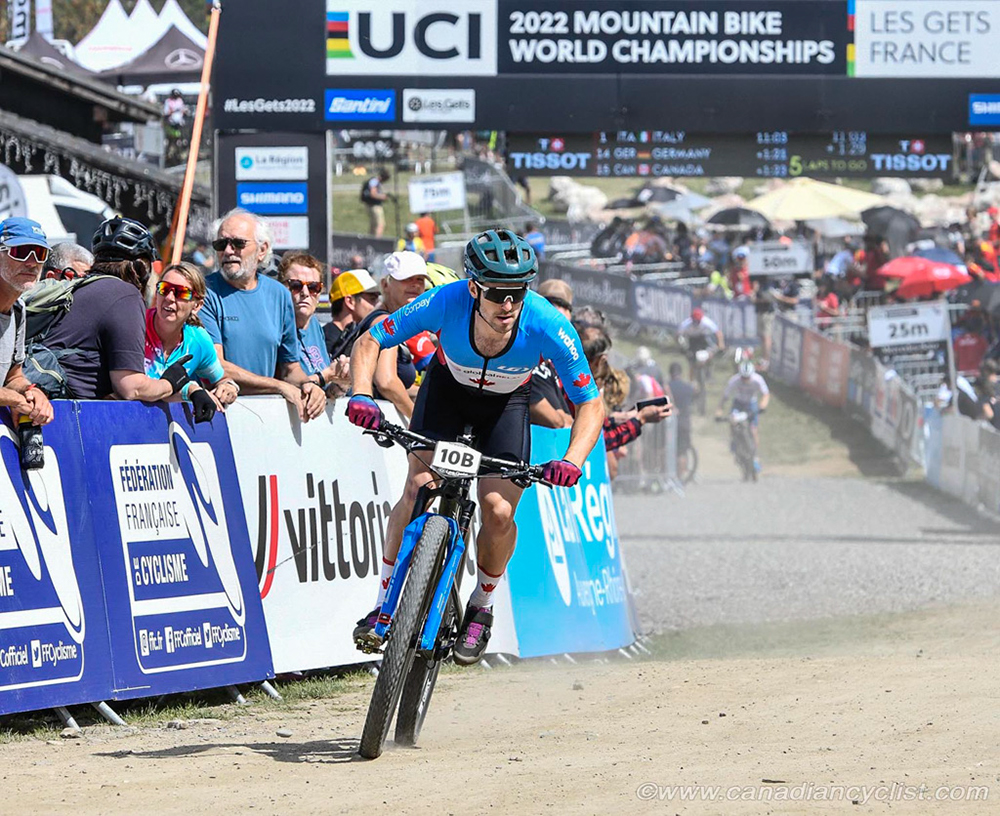 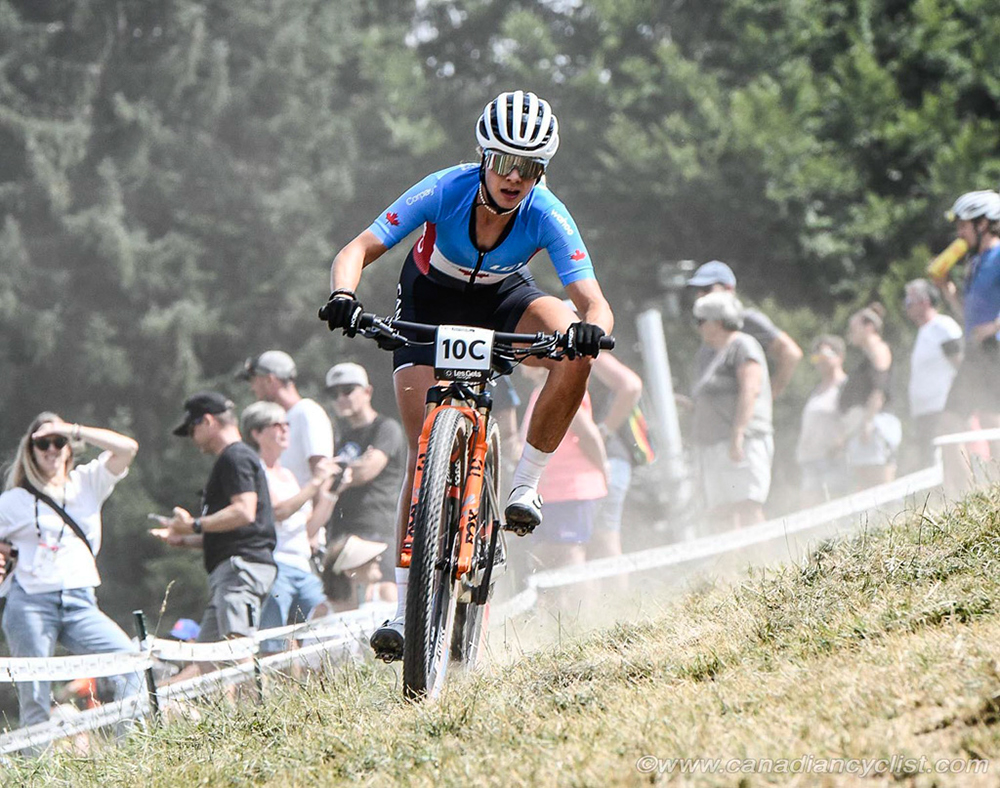 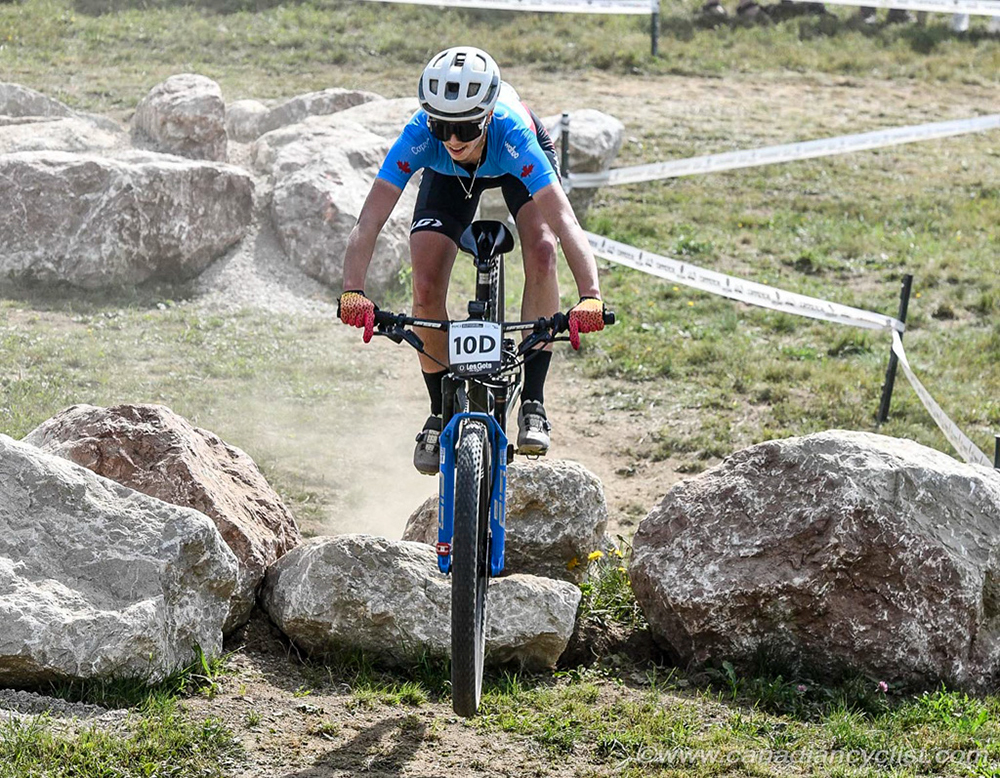 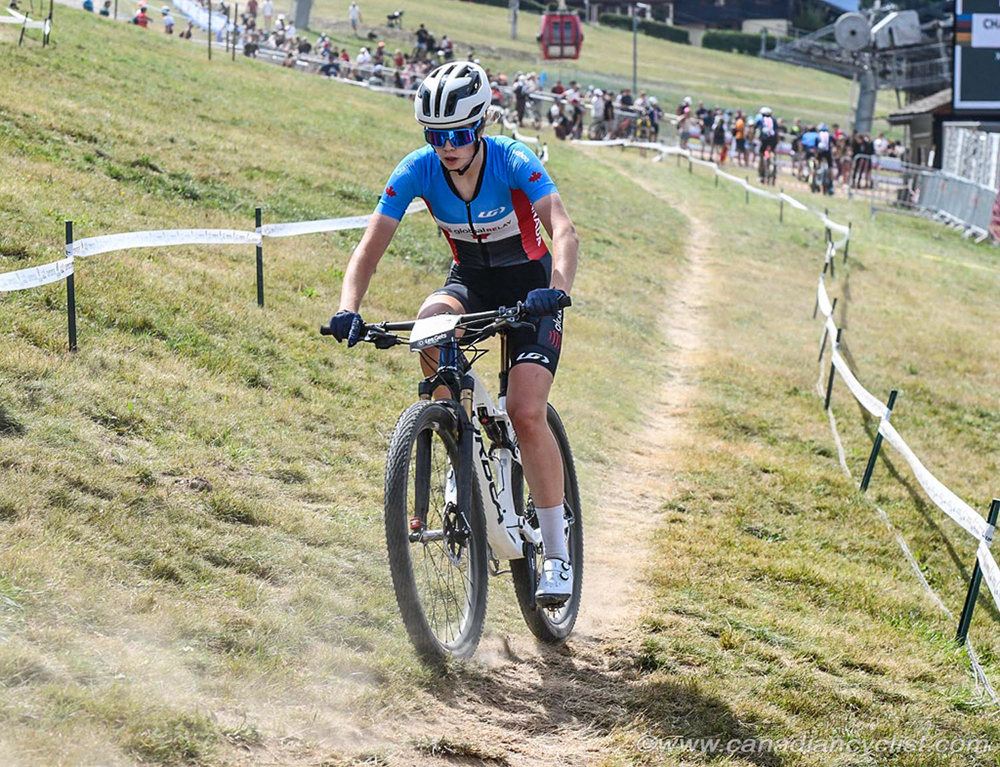 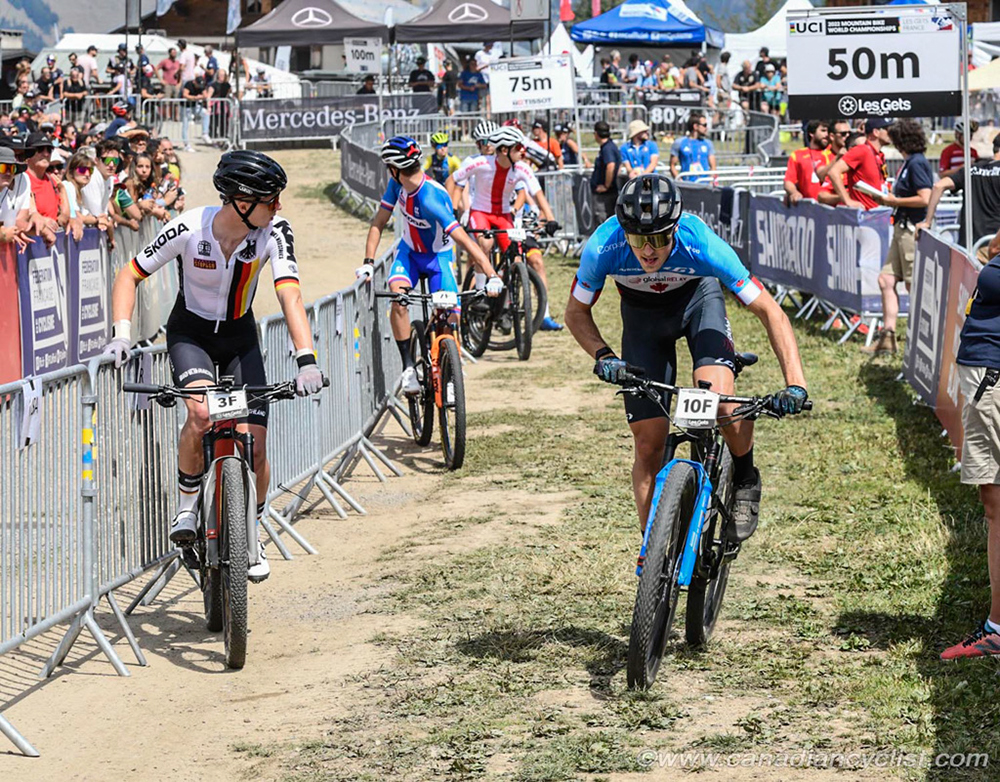 "It was great to get out for a fast lap," said Carter Woods. "All the Canadian riders rode really well, which is something to be super proud of. Seventh beats last year [tenth], for sure. It [the course] is different in a race scenario; the heart rate's higher and you have to watch out on some of the corners."