Switzerland and Germany won the first individual titles to be awarded at the 2022 Mountain Bike World Championships in Les Gets, France, on Thursday, in the Junior women's and men's XCO categories, respectively. The top Canadians were Isabella Holmgren finishing tenth in Junior women and Zorak Paille 11th in Junior men.

Hot and sunny conditions made for a very dry and dusty 3.9 kilometre circuit, with riders slipping and sliding in the corners. The women rode four laps and the men five.

The women's race was dominated by one rider - Monique Halter of Switzerland. She rode away from the rest of the field on the first lap, establishing a gap of 29 seconds by the start of the second lap over team mate Lea Huber, which grew to 1:16 by the finish line. Huber had more of a battle for second with Natalia Grzegorzewska of Poland, but held on to take the silver medal by ten seconds. Holmgren was 13th after the first lap, moved up to 12th mid-race and then surged on the last lap to finish tenth. Canadian champion Marin Lowe was 16th and Ava Holmgren 18th. 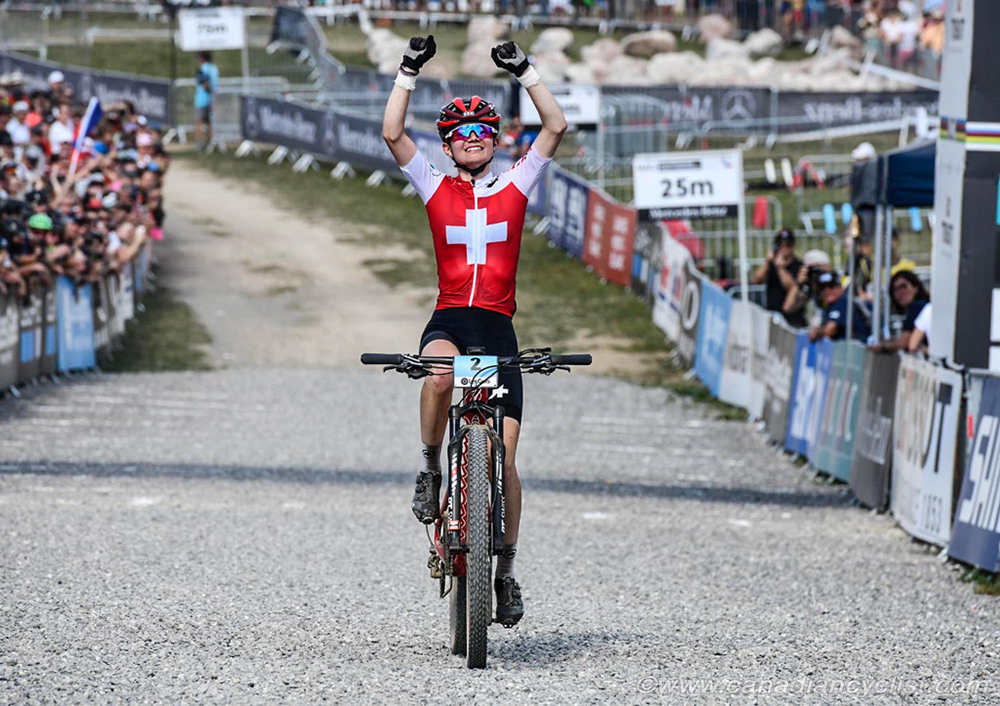 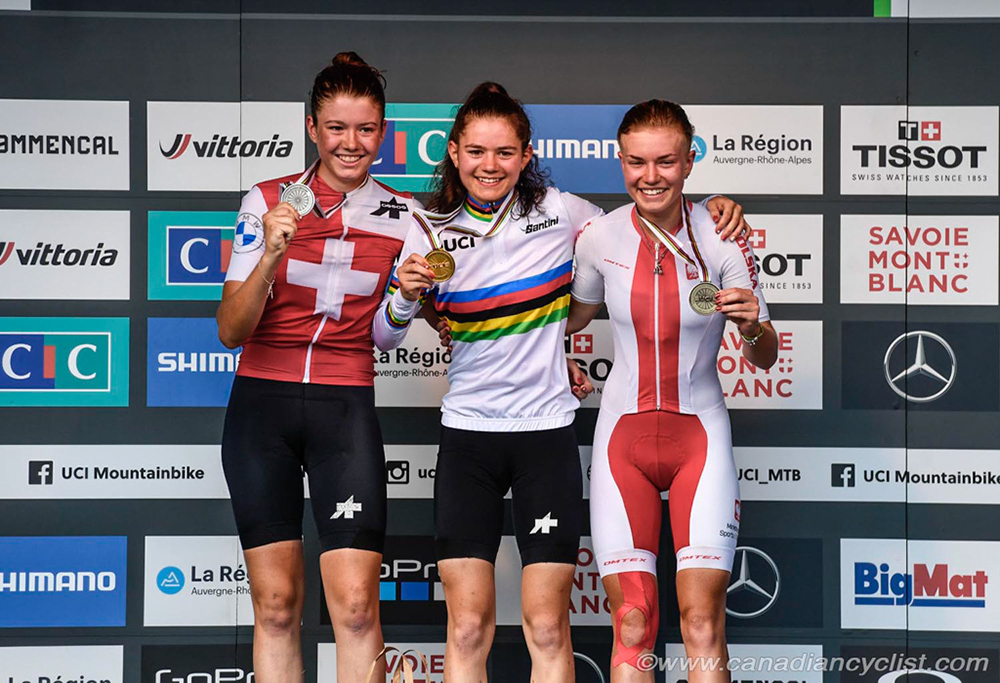 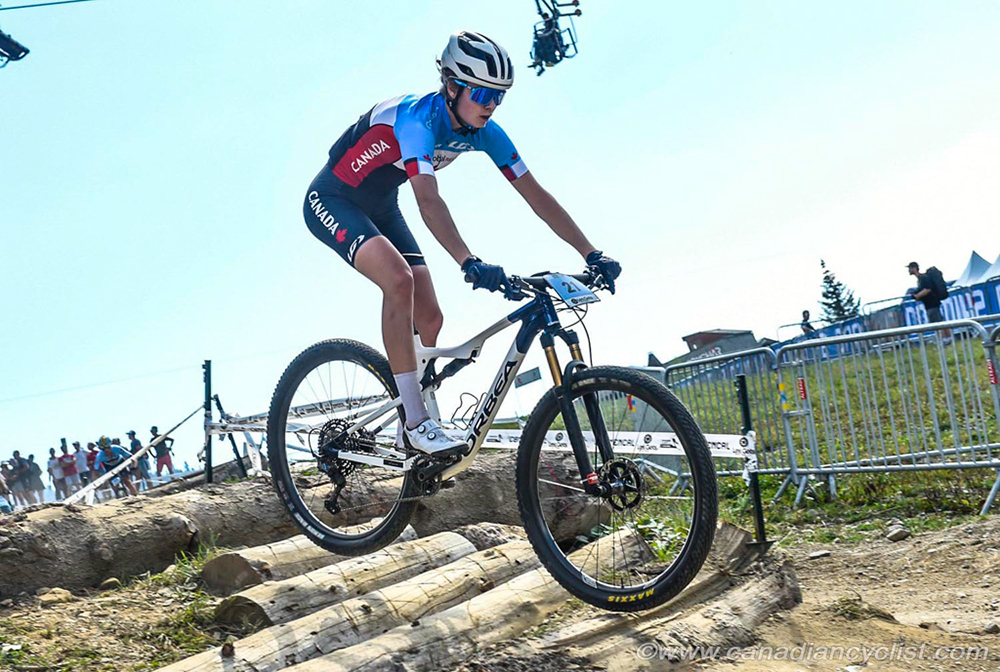 "I started a bit further back," explained Holmgren, "so I just tried to keep a consistent pace. I would just keep catching some girls and moving forward. It was so hard, but it was nice to hear all the fans and all the Canadians cheering for me, which made it a lot better. I tried to not set any performance goals because it is such a strong field of girls, and you never know what can happen. I just wanted to give it my all ... I don't think I could have gone much harder today, I'm really cracked. I was in the Team Relay yesterday, and to ride all the technical sections at speed really helped." Holmgren is a first year Junior, so she will have a second chance next year. "I think this just made me more excited for the next one and I'm just going to want to train harder and get better."

The men's race quickly came down to four riders - Paul Schehl and Emil Herzog of Germany, Jan Christen of Switzerland and Paul Magnier of France. The four were together until the fourth lap, when Herzog suffered a rear flat; he was able to get to the pits quickly, but his chance of a medal was gone, and he eventually finished sixth. Schehl and Christen dropped Magnier in the first half of the final lap, and it looked like it might come down to a sprint. However, Christen tried a bold pass on the last descent, 500 metres from the finish line, which ended in a crash on the off-camber corner at the bottom. He managed to recover to take the silver medal ahead of Magnier, but the title went to Schehl. 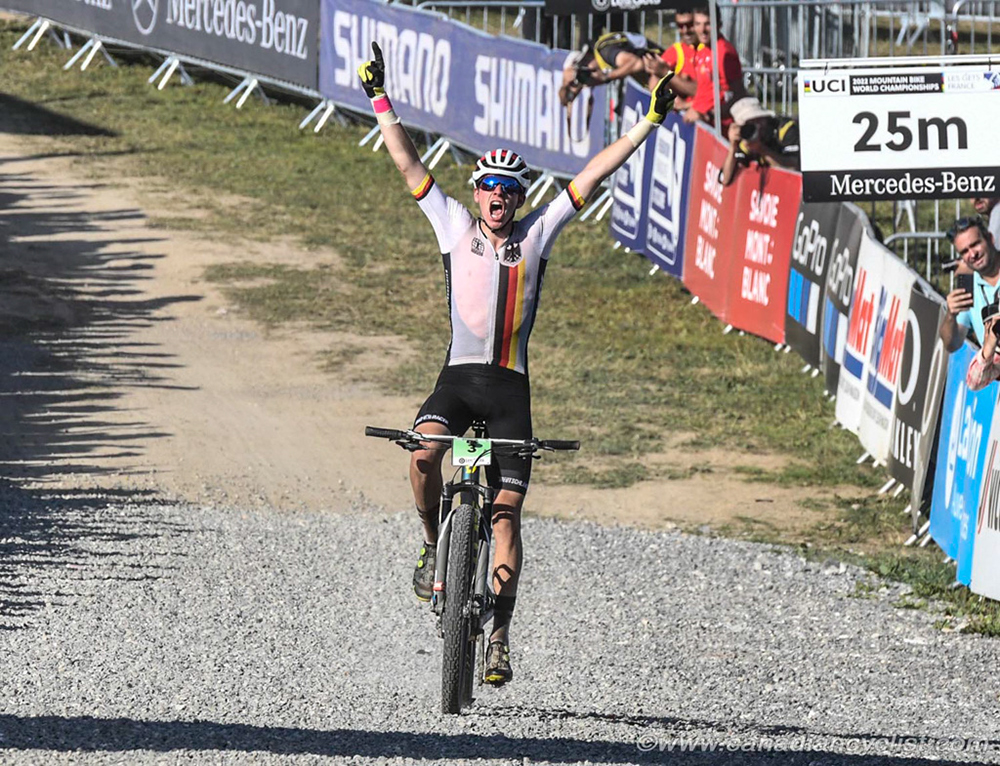 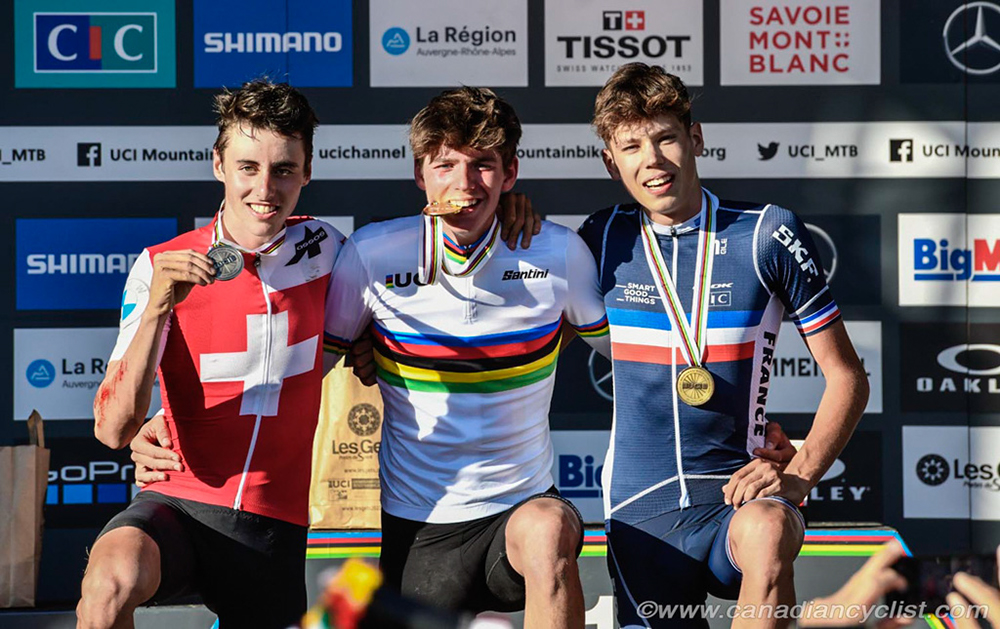 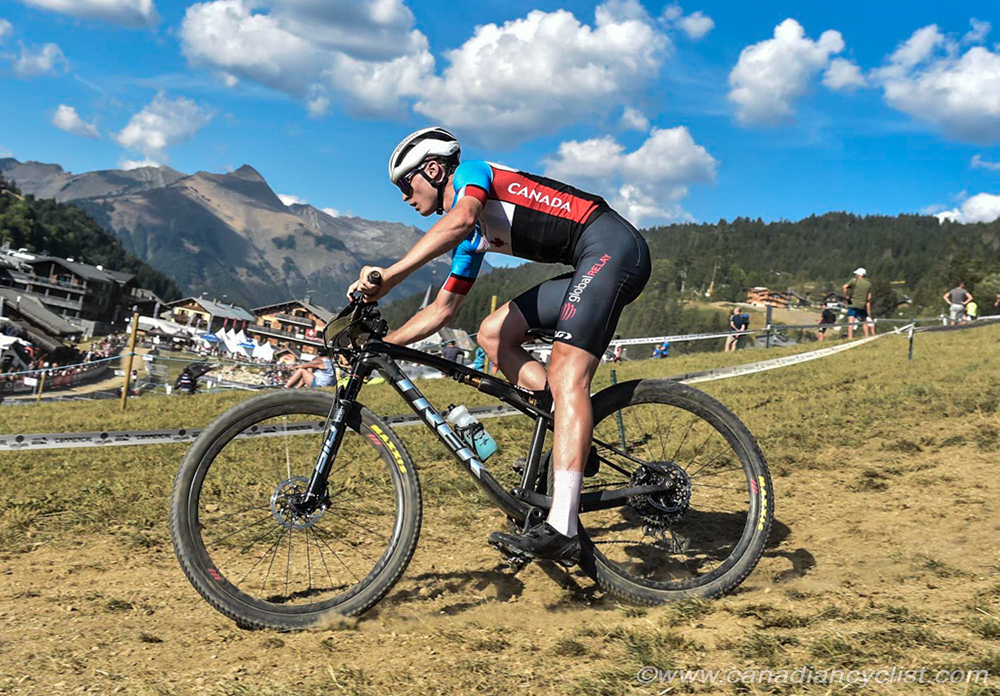 Paille, who recently won the Canada Summer Games title, rode in 10th to 12th places for most of the race, and as high as ninth on the first lap. He moved into the top-10 on the final lap, but was passed in the final kilometres. He was the only Canadian to finish in the top-40.

"I caught a few people on the last lap," agreed Paille. "I saw a few people on the second climb in front of me, so I was like, 'I've got to get them'. I made it into the top-10, but there was one guy that came from the back and was just that bit faster. But 11 is so nice at the world champs and I couldn't ask for more. I wanted to be in the top-10, top-15 in the world and I achieved that, and I really happy with my result."

"I think it's the hardest race I've ever done, with the sun and the dry conditions. Those climbs are so rough, they're three minute climbs non-stop, and the descents aren't too relaxing, you are just pushing. But I knew I had the form; I did the Basel Swiss Cup last week and finished fifth with all the Euros, so I was happy and knew I had the form coming here."