The fourth edition of the eMTB world championships on Friday in Les Gets, France, saw repeat winners in both the women's and men's races. Nicole Goldi brought Switzerland its third world title of these Championships in the women's race, while Jerome Gilloux took the first win for host France.

The eMTB riders faced a modified version of the XCO course, at just over half the length per lap and with some much steeper climbing. The women rode six laps and the men seven.

Nicole Goldi rode away from the rest of the field and was never in any danger, setting the fastest splits on every lap, with a remarkably consistent performance that saw every lap time within ten seconds of each other. Justine Tonso of France, after finishing the first lap in fifth place, moved up to second on the second lap. She maintained that position for the rest of the race, although she was challenged in the fourth lap by Nathalie Schneitter of Switzerland, the inaugural eMTB world champion in 2019. Tonso finished 1:15 down on Goldi, with Schneitter a further ten seconds back. 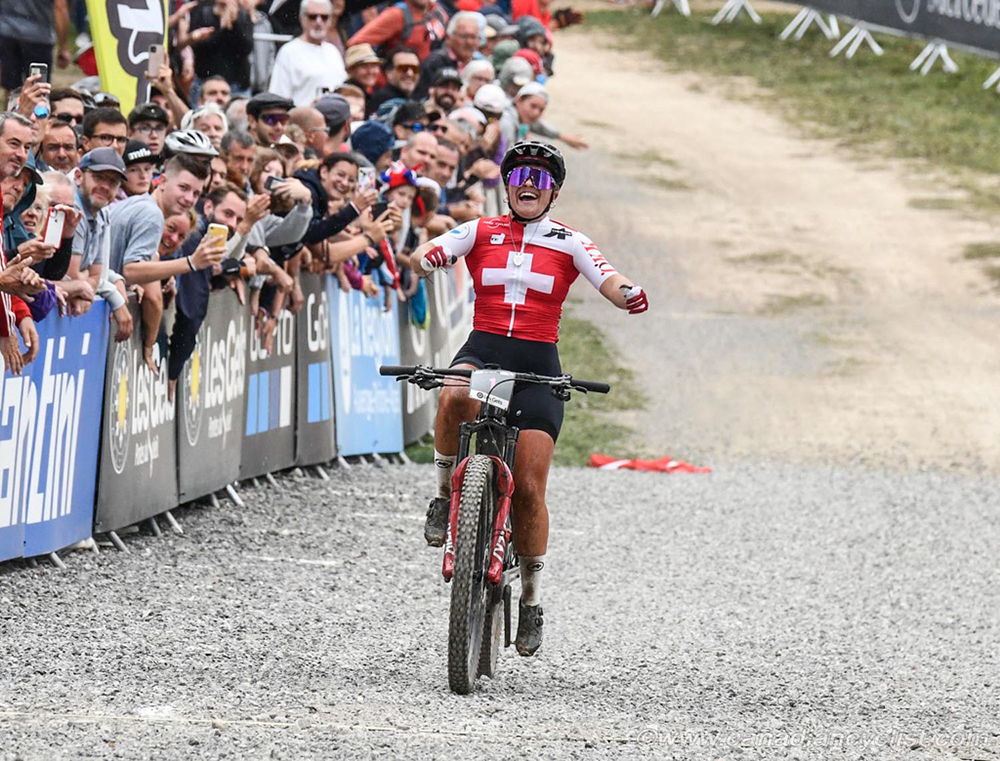 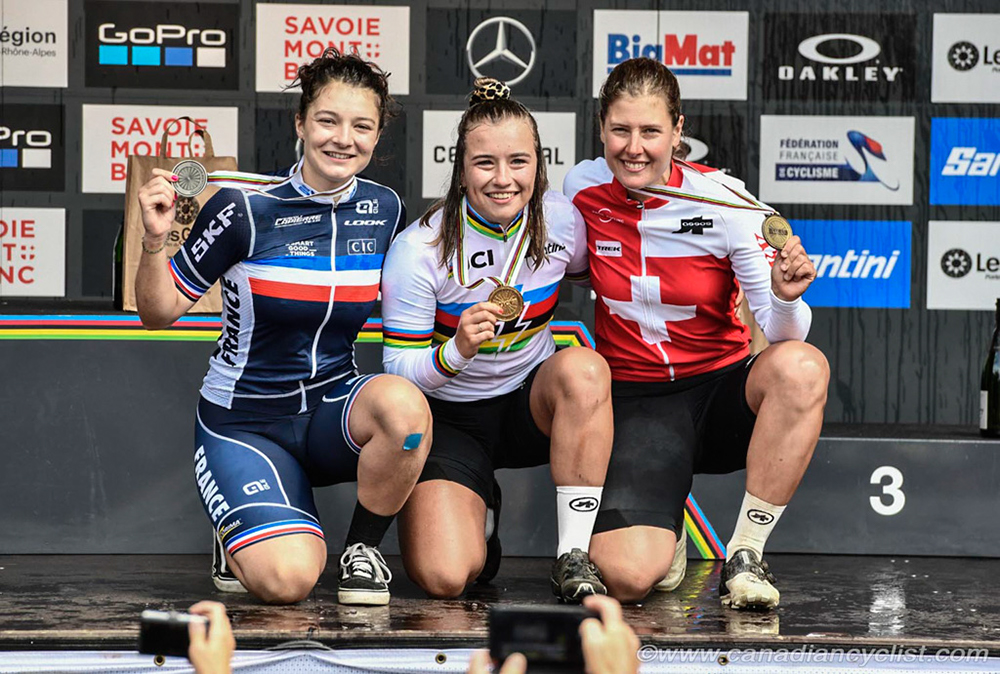 Gilloux was the clear favourite for the men's race, after dominating the World Cup circuit all year. However, there was an 'X' factor that caused considerable pre-race discussion - the participation of three-time Road world champion Peter Sagan for Slovakia. Sagan has mountain bike credibility as the 2008 Junior world champion, but eMTB is a different discipline, as he found out, crashing at least twice and eventually finishing 16th. 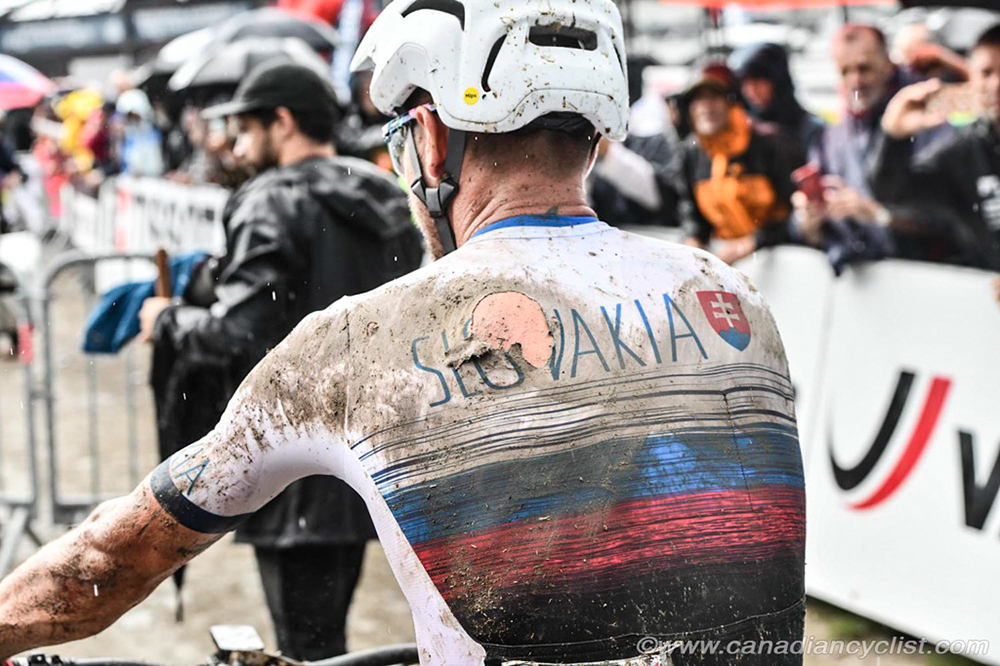 Peter Sagan went down in the slippery conditions more than once 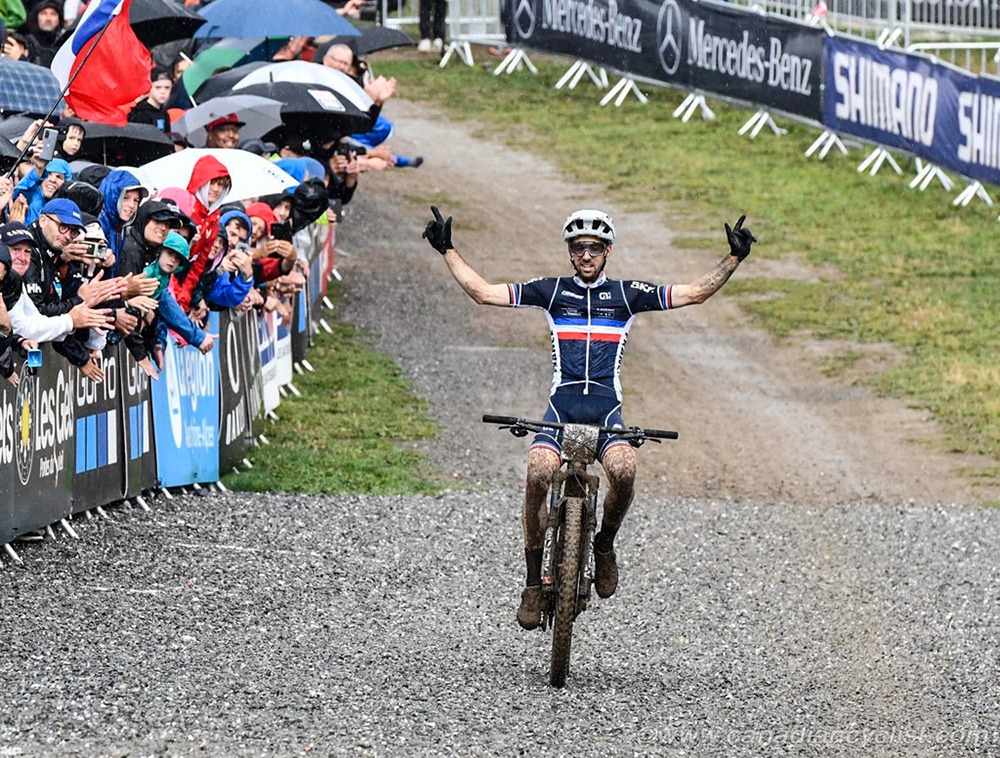 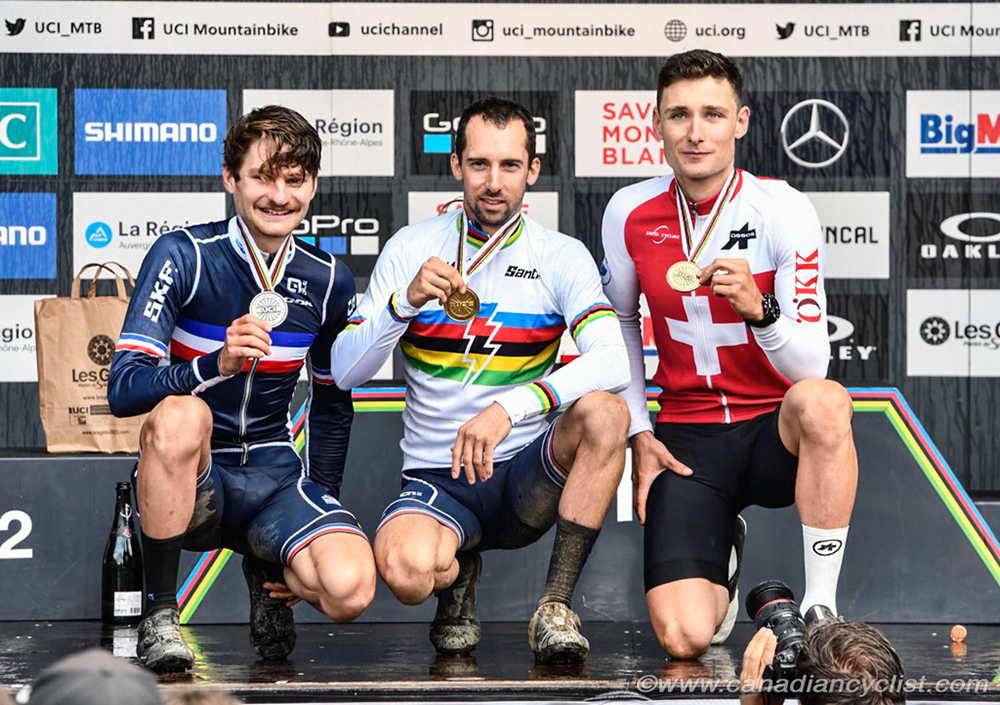 Rain began to fall at the start of the men's race, but it never became heavy and did not play much of a role. Gilloux began opening a gap on the first lap; only four seconds, but he kept adding to it little by little, to eventually win by 29 seconds. Behind, it was a battle between Hugo Pigeon (France) and Joris Ryf (Switzerland). The duo rode together for the first three laps before Pigeon was able to start to gradually pull away over the second half of the race, to take the silver medal by 11 seconds.