This year the Canadian Cycling Association's (CCA) launched a national pilot program, that was developed to increase women's participation in organized cycling. Education Programs Director Paul Jurbala gave Cycling4Women.ca the exciting details about the program in an interview with our editor Leigh Hargrove.

It all began in 2008 when the CCA examined research from all over the world to find more information about women and cycling. In their findings, there were two important pieces of information that came up which just didn't add up.

The first was that, according to Stats Canada, the participation levels of women in cycling was equal to the men's numbers. Secondly, the number of women with cycling memberships was only around 20-25% of total membership. It was starting to appear (from the statistics) that women liked cycling - just not competitive organized cycling.

Why aren't more women involved in organized cycling if they like cycling so much?

The facts pointed out the obvious - something isn't working in organized cycling. 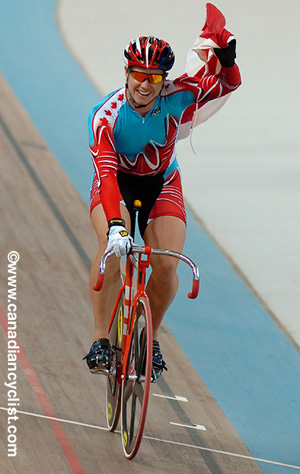 Historically, 56% of medals won at international events by Canadian cyclists have been won by Canadian women, and only 44% by Canadian men. Alison Sydor, Marie-Helene Premont, Lori-Ann Muenzer are just a few of the Canadian women champions in road, mountain biking and track cycling. Our country can definitely develop world-class talent, so the CCA asked themselves why not support growth in women's participation numbers and foster that talent, when we have role models, world-class athletes and programs to develop some of the best women cyclists in the world?

This insight allowed them to look at some of the factors that might affect the low participation numbers and, right away, the lack of and design of programs and clinics made available to women cyclists was clearly a contributing factor.

An online survey was created with this information in mind and from the survey results, it was clearer now that women who were likely to participate in events or clinics were attracted to activities that:

1. Didn't stress competition;
2. Were co-ed;
3. Focused on fun, learning, being safe, and developing skills;
4. Were goal-oriented - offering a challenge at the beginning of the program for participants to work towards.

The seed was planted, and the CCA decided to look closer at funding for supporting programs that introduced women to the sport, and would help increase their participation in organized cycling.

With funding supplied by Sport Canada, the CCA were ready to tackle an issue they've never been able to solve - the lack of women involved in organized cycling.

In the spring of 2009 the CCA issued a call for proposals. A number of proposals were submitted based on the guidelines set out from the CCA. Each proposal had to come up with a program that would help facilitate the growth of women's participation, and provide participants with an opportunity to try out a real event while meeting the above characteristics of being safe, fun and goal-oriented.

After reviewing the proposals, three provinces were selected to run pilot programs in 2009: Quebec, Alberta and British Columbia. Each program ran during the summer and, come this winter, the CCA will review the program results, numbers, and participation levels, allowing them to develop and grow their programs to better reach out to women of all ages in 2010.

Cycling4Women: Tell us a bit about the pilot project.

Paul Jurbala: Initially, while we were doing the background research and surveying women, we invited all the provincial cycling associations to take part. Of course, not all could free up time or resources for the pilot phase, but we did end up with strong support from seven provinces.

Unfortunately, the funding provided to CCA from Sport Canada is limited, so we had to choose three provincial associations to take part in 2009. Alberta, British Columbia and Quebec came forward with excellent proposals and that made our choice quite easy! We are looking forward to working with all the provinces as the project moves forward in the future.

C4W: What were some of the winning qualities of the submissions that qualified to be part of the pilot program?

PJ: We were looking for organizations that were ready and eager to take part, that were well-organized and able to run quality programs, and that could provide coaching support to the new women participating.

C4W: Can you comment on one of your favourite aspects of the pilot programs?

PJ: The pilots are not all the same - that's part of our learning process. But one thing they all have in common is that the women set a goal, which doesn't have to be a race, and then are supported to reach their goal over the summer. I think that will make it exciting and fulfilling, and I'm hoping for great word-of-mouth from the participants. 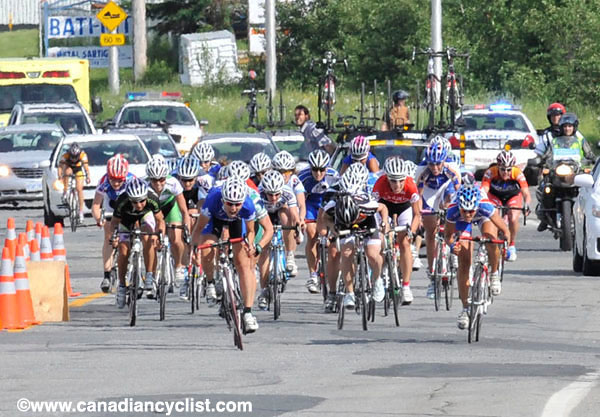 C4W: The CCA's top objectives for the pilot program?

PJ: The project is about finding out what will attract more women into organized cycling. We know that as many women as men ride bikes, but there are three times as many men as women participating in organized cycling, including racing. We want to find out what works, then create a model that cycling clubs and associations can use to welcome more women into the sport.

Paul Jurbala: To increase the number of women in organized cycling!


Stayed tuned to Cycling4Women.ca to find out more about the different pilot projects and how they did in 2009, how they will evolve, and what new ones are on tap for 2010.

Do you want to tell us about your women's cycling club, team or event? Just email Leigh Hargrove at Leigh@canadiancyclist.com and tell us all about it ... We may just feature it here in the women's section of CanadianCyclist.com! Please include your name, phone number and e-mail address for us to contact you.