Four short years ago, Linda Jackson and friend Brooke Miller went to the Interbike trade show with a dream. At the time, they had no sponsors - just a dream, a dream to start a women’s cycling team. 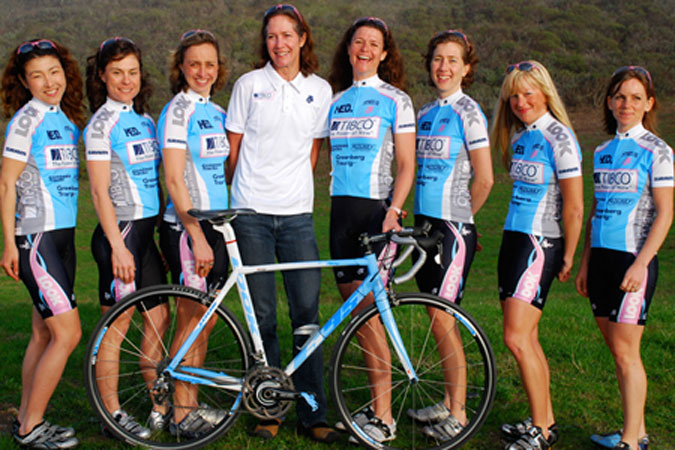 “We went around and told our story to everyone,” Linda recalls, “we walked out of that place after three days, exhausted, but with sponsors for everything. It took believing in ourselves...at that point we had nothing. I mean, we were 24th in the NRC, we had nothing, we just had this dream, this vision and this passion. We went around and we told our story and they said “we believe you, we see your passion, we can see the fire in your eyes,” and that’s why we got what we got. We are still with those people today, all those sponsors we got that weekend, we’re still with them now.”

Fast Forward
You never would have guessed that a women’s cycling team can go from hardly any results to winning the overall NRC title in just four short seasons - but Team TIBCO has indeed pulled off what some only dream of.

The team has evolved into one of North America’s best women’s cycling teams and what may be the next team to give world top-ranked Team HTC-Columbia a run for their money. With aspirations to spend more time racing in Europe next year, Jackson is aiming high, and believes her team could be the best team in the world in the very near future.

On Being a Women's Cycling Team Owner 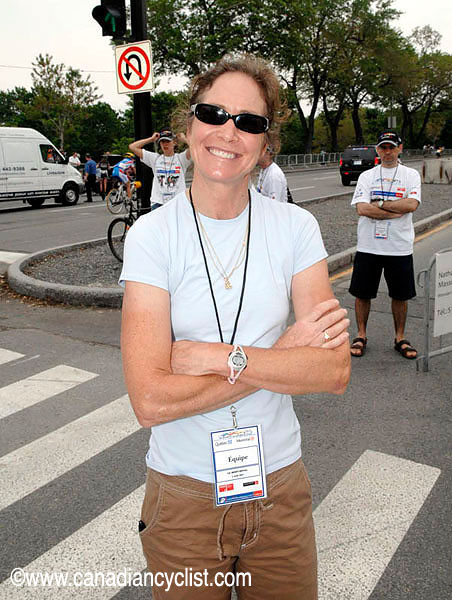 “It was a very new role. Just because you’ve raced your bike doesn’t mean you’ll make a good director. So I muddled my way through that one a bit ... It takes a lot of knowledge, it takes a lot of work.”

Besides securing sponsorship, Jackson’s duties started off organizing race schedules for the team, supporting the team at races, promoting their activities, working with Brooke to keep the sponsors happy through charity rides, motivational seminars at schools and bike dealerships, and regular communications.

“A lot of what I do is not very exciting. What I like about what I’m doing is the fact that I’m is helping female cyclists get to the top in general but, more broadly than that, is helping young girls and women try to achieve their dreams. When I say that I mean that we talk to schools, [that] our girls are role models. I’m really encouraging young women all over North America to try and reach for the top. It doesn’t have to be cycling, it could be anything, like education. We use the girls as inspirational ambassadors and spread that message. That’s my philosophy.”

Sponsor Relationships
Jackson has a strong relationship with her sponsors, whom she calls the real backbone of the team. Some of them have been on board since 2006, when Jackson and Brooke Miller went to Interbike searching for sponsors and leaving with solid relationships.

“For me, as a team owner, I am constantly making sure that I am servicing the sponsors and they are getting what they need from me. I think that is something that when you’re in the business, or in business in general, you know that sponsorship is a two-way street. Too many teams are about take, take, take ... and they’re not about “What do I need to give back to the sponsor?” I think that is the big thing for team owners, you gotta make your sponsors happy. You can’t just take the product in December, and ask them again in September. There has to be a lot of communication during the nine months in between. "

Building the Team
“It’s interesting. I select riders not just based on what type of rider they are [because], after being on the national team for so long and having seen so much infighting and people not pulling together as a team, teamwork has become critical to me. People’s personalities ... I have turned down really good riders because they weren’t good team players, they weren’t cohesive, they didn’t have a great personality, or they had some other issue.” 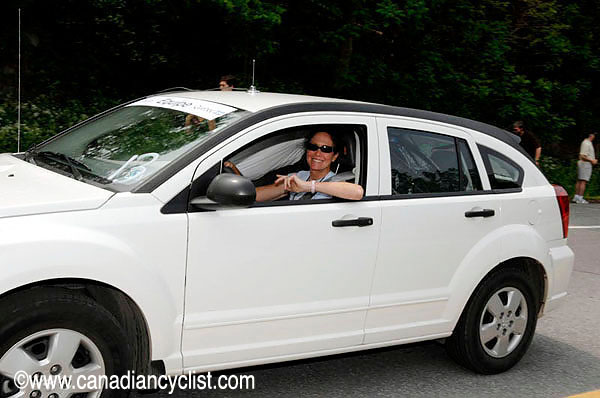 Jackson would rather look at the bigger picture - selecting riders who she feels will add value to the team in more ways than just riding, and fit in with the team.

“I’m not just looking for a girl out of school that is 100% focused on cycling, that’s all she has. I want more well-rounded people than that. And I think that when you have something like that you have people that want to spend time together. Then you’re going to be a cohesive team and your team is going to be number one. If you put it together just based on strength, like, oh: 'she’s a time-trialler, she’s a climber, she’s a sprinter, she’s a good all-rounder', and if you don’t consider personality and what else she brings to the table, that’s when you’re going to run into trouble.”

Cycling is a hard sport and for most women, it doesn’t offer a full-time salary. Tension between teammates is costly, and draining. Investing in sound relationships is key. “For men, they do their job because they’re getting paid to, they get paid a salary, and it’s their job. For women, they are doing this because it’s their passion; they love to race their bikes! It’s not so much about quote-unquote ‘the job’ ... You gotta create that, and build that kind of cohesiveness.”

Team Infrastructure
Running the team is definitely not a one-person job, and in the beginning it was just Brooke and Linda doing all the work. Over the years they’ve had help from all sorts of volunteers who contribute to the life of the team, whether it be at the races or behind-the-scenes assistance with the administrative side of the team.

“Brooke was incredibly instrumental in the building of the team. Besides being one of the best sprinters in the world, she helped me put the team together. She was writing the Team updates, the newsletters, the mid-season reports, and all the correspondence with the sponsors.”

This became increasingly difficult as the team began doing more races and more traveling, and it became harder and harder to write the reports on the same day as the race because the team was constantly traveling to the next event.

As the team has grown so has their ability to start paying other people to help out with the administrative side of the team’s existence. In 2009 Jackson was able to hire a marketing director in Jeff Sobul, allowing Brooke to focus more on her racing. She was also able to bring in a new race director in Jeff Corbett; allowing Linda to focus on growing and supporting the team.

“Until 2009, when I hired Jeff Corbett as an assistant directeur sportif, I was doing everything. I was fundraising, I was traveling, I was directing, I was doing the accounting, I was doing absolutely everything. The biggest challenge other than sponsorship is infrastructure. Having a small budget you can’t afford to pay much for an infrastructure, so I ended up doing everything. I have a few people helping me now on a part-time, volunteer basis. We are now growing our budget so I can now pay people a nominal amount to help out and that’s definitely helping. Now I have a director on the road and now I don’t travel at all.”

Jeff Corbett was happy to come on board. “TIBCO was a lot of fun for me in 2009, which is why I signed on in the first place. I have a day job so I just signed on to have some fun, work with some great athletes, and keep a foot in the sport. It turned out to be great and the girls were great to work with. They are so committed and dedicated even though they don't always get the respect they deserve.”

Jeff’s contribution didn’t go unnoticed and Linda has asked him to help out for the 2010 season. “I'm looking forward to 2010 because this time around I will have been involved from the ground up. Last year I was handed the keys to a team someone else had built, but for 2010 I was involved in rider selection throughout the process. I think that will lead to a more balanced team especially when it comes to personality and racing savvy.”

Even with the extra help, the team is still Linda’s baby. “Yup - it’s all I’m doing. Somebody asked me a couple weeks ago how many hours I spend doing this a week. I was saying I don’t know, 30, maybe 40 hours. It was more like 60 hours. It’s a full-time job.”

Obviously a job she loves very much. Watch for Team TIBCO to give Team HTC-Columbia a run for the money during the 2010 season. Cycling4Women.ca has announced Team TIBCO's 2010 roster (2010 Team Tibco/To the Top Roster), and will continue to track the Team’s goals, ambitions and plans for the future!