After stepping onto the podium in every race this season, the Stevens Racing p/b The Cyclery women's cycling team has proven that it is one of the teams to beat in the Ontario/Quebec cycling scene.

The core of the team has existed since the 2008 season, first as the women's component of the EMD Serono Stevens team (2008) then as the women's only Stevens Racing p/b The Cyclery team in both 2009 and 2010.  Registered as a CCA trade team each year, they have doubled in size for the 2010 season from six riders to a 10-woman squad. 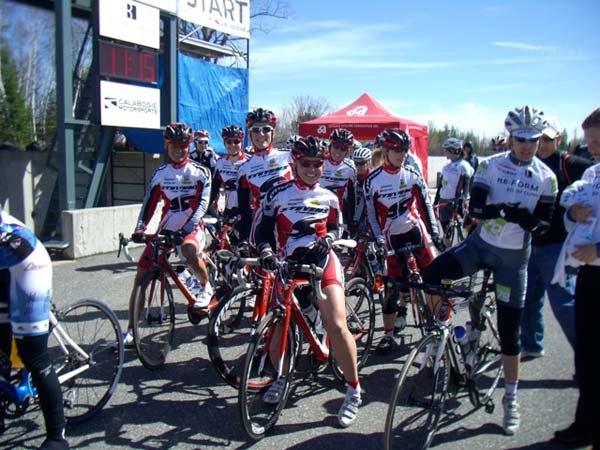 Team manager Tricia K. Spooner penned out some great answers for our curious editor and helped us get the scoop on the inner workings of this successful 10-rider squad team - straight to you!

2. How did you choose your riders this season?
After a review of last year, and asking the 2009 riders what their intentions were, the team put out an open call for applications for new riders to add to the 2010 roster. The team's management reviewed all the applications that came in by the posted deadline and looked at a mix of several factors in order to come up with a final decision. Invitations were send out to the selected riders and the team was formed! We have a good mix of riders from the Montreal, Ottawa and Toronto areas.

3. What was the toughest thing about getting the team to return this year?
There really weren't any issues. Our sponsors all came back onboard and offered expanded support. A couple of riders did not return for personal reasons and we had a lot of interest for new riders, so we did not have a problem filling out the roster.

4. How many people on team? Who are they and what categories/backgrounds?
We expanded our roster this year, made possible through the support of The Cyclery and directly by Stevens Bikes. We have ten ladies on the team for 2010, up from six in 2009. Ages range from 23 to some in their 40s (but we won't name names!).  We are all Senior 1/2 on the road, with a few who also dabble in areas of track, 'Cross and mountain biking. In terms of background, we vary as much as our age categories - with a few recent university graduates and a PhD student, to a lawyer, audiologist and national newscast associate director, as well as from other professions. We have a few moms in the mix too.

5. What events will the team be involved in?
The team will mostly be participating in events in Ontario and Quebec, as well as several races in the Northeastern US.  The bulk of the races will be in various road disciplines but we will also represent on the track, at some mountain bike events and at 'Cross come the fall. We expect to have a couple of riders making the trip for the road national championships in Edmonton.

6. What sets your team apart from others?
Besides our kit colours and smoking-hot bikes, it is our overall collective desire and dedication to the sport. We all love to ride. Together it provides an exponential amount of energy, enthusiasm and pride. Great support from our sponsors does not go unappreciated either.

7. Long term goals for the team?
To continue to deliver a strong team presence on and off the bike, effectively and positively representing our sponsors and showcasing the great Stevens brand of bikes.  A review of the season and the team's plans will occur as the season's end approaches and new goals for 2011 will be set then.

8. Care to comment on the toughest challenge in women's racing in Ontario?
One of the big challenges is the travel associated with racing. Last year with a smaller squad there was a lot of pressure for every rider to be at every race. This year we have a really good mix. We want to showcase the bikes and the team at as many races as possible without causing rider/race burn-out. With a larger squad this year, it provides a bit more flexibility to the riders in the schedule.

9. Any advice for other people trying to start a women's team in Canada?
Patience and respect.  Both qualities can bring you so much in so many different ways. Don't take anything for granted and certainly don't 'expect' things.

10. What are three things you are most excited about regarding the team this year?
•   Gelling more and more as a team each time we ride, train and race together.
•   Racing the UCI events in Ottawa's own backyard (Grand Prix Cycliste and Chrono Gatineau).
•   Seeing each and every rider improve and ultimately, hopefully, reach their own personal goals.

11. Any success or stories you want to share about your season so far?
Through great teamwork, determination and some pretty darn hard riding, Stevens Racing p/b The Cyclery has finished on the podium in each of the races it has participated in so far this season! 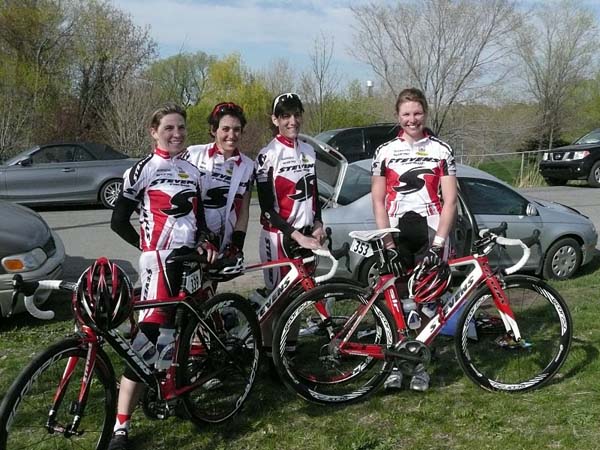 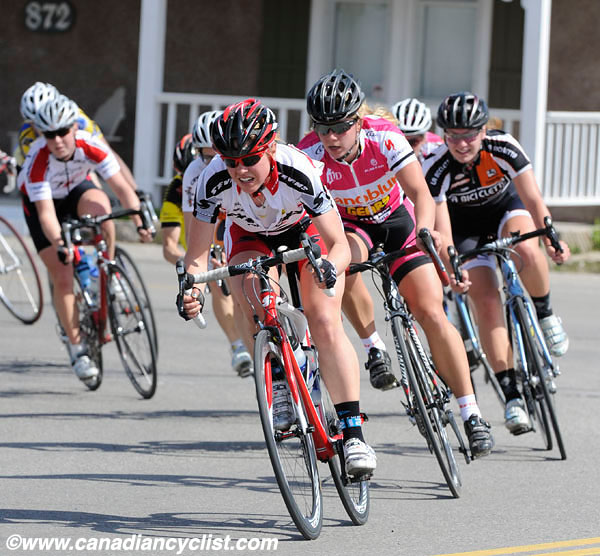