There is a strong piece of history that ties Canada to Apeldoorn [Netherlands].  In 1945 it was Canadian soldiers that helped liberate the city, and there are several memorials that commemorate the event.  Directly across the street from the hotel where the Canadian Track Team is staying for the pre-worlds training camp is the “Man with Two Hats”, a statue depicting the friendship between our two nations, and who happens to be standing on maple leafs.  Beside the hotel is the Loo Palace, which is where the headquarters of the Canadian army were established during the end of the war. 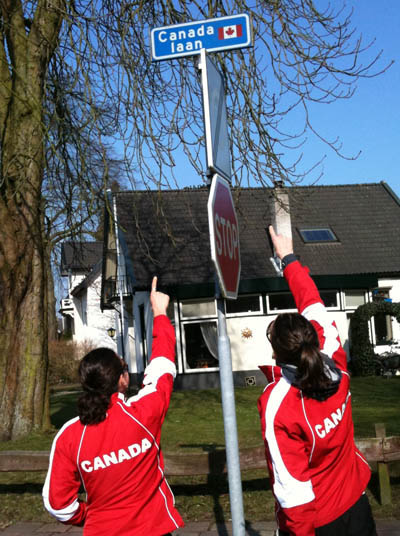 There are more tributes to Canadians in the quaint city, and during the first peek of the city the endurance women found “a coffee shop stop in Apeldoorn city centre. That is coffee with a “K” koffee shop, with real espresso coffee.”  Steph Roorda, with teammates Laura Brown and Julia Bradley went back in search of the Koffee Shop and came across Canada Lane.

The ties don’t end there; in 2005, Apeldoorn signed an official twinning agreement with Burlington, Ontario, only 72 kilometres from Canada Team Sprint Racer Joseph Veloce’s home town of Fonthill.  Today was a tough day on the track for the sprinters, as they did full out race efforts.  Joseph set a new personal best time leading out the team sprint today and finished off the morning in an ice tub with the other sprinters to help with recovery.

The Dutch team has been training on the track before the Canadians and Steph has enjoyed “seeing the other team, everyone is preparing for world championships, but the atmosphere at the track seemed relaxed. It was nice.”  Day three of the camp, which is “notorious for being the worst of the jetlag days” has finished and the team are looking forward to testing themselves in Copenhagen.

The luggage truck departs tomorrow for the trek to Denmark and then the athletes arrive at race headquarters on Saturday.

According to National Track Coach Richard Wooles:  "First two training days in Holland have been going great, riders are happy and riding fast!  We are here for three reasons:

• Get ready for Worlds in Denmark next week

• Worlds is here next year, so get a head start on other countries

• Last, but not least, look at a holding camp base for London Olympics 2012" 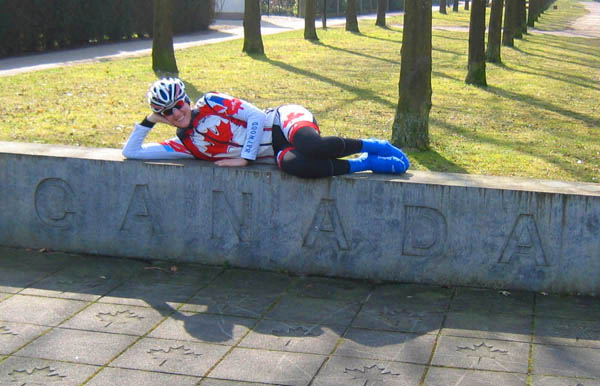 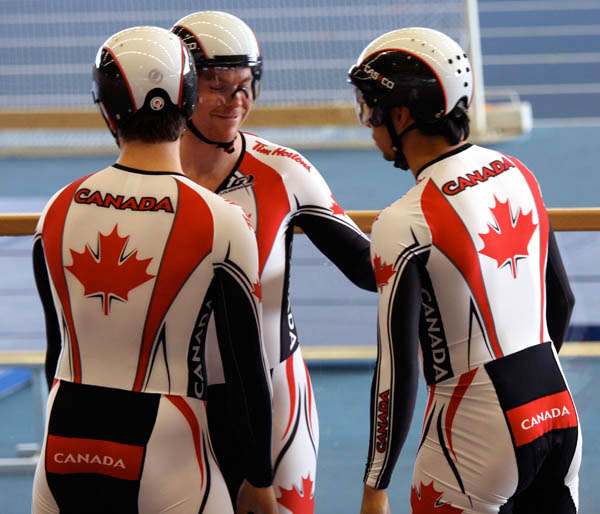