Even though there are no defending champions, a strong lineup of past champions, Olympians and world championship team members to make the 2010 Paris to Ancaster a very difficult race to handicap.

On the women's side, last year's winner Alison Sydor has now retired from elite competion leaving the field wide open. 2008 Olympian Leigh Hobson (nanoblur/gears) goes in as one of the favourites, with back to back wins the last two weeks at the Good Friday Road race and the Tour of Bronte. Past P2A champion and former Commonwealth Games medalist Sue Palmer-Komar is aiming to redeem her non-finish at last year's race and has recently returned from a Georgia training camp to get an edge on the locals.  The biggest threat to either of these two will  be Helen Wyman from Great Britain. Wyman is the reigning and 5 time nNational cyclocross champion, and has been ranked 3rd in the world. Should any of these three not bring their A game, Edmonton resident Pepper Harlton (Juventas) will be ready to challege for the win. As the 2009 cyclocross National Championship silver medalist, Harlton will be tough to beat. 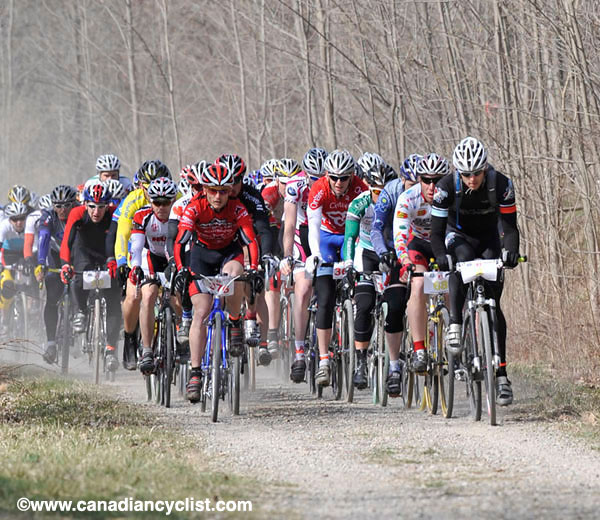 On the men's side, Detroit's 2 time winner Mike Simmonson (Trek), former winner St. Catharine's Nathan Chown (Queen City Cyclist) and perennial podium finisher and former National Champion, Mike Garrigan (JetPower) comprise the best prediction for the overal podium. Add in a super strong array of talent from the under 23 Canadian National team and top Ontario teams and riders, and it looks like a very evenly matched top end of the men's field.

Entry in the 2010 Paris Ancaster is still possible on Saturday April 17 from 1pm -5pm at the Ancaster Community Centre on Jerseyville Rd.

The P2A takes place on the roughest roads and trails we can find between Paris and Ancaster. A guided pre-ride of the final 15km of the race takes place at 2pm from the finish line and will include National team members and international champion Helen Wyman, as they get their first look at the course. 2000 riders are expected in the 60km and 35km races.

NOTE:
If you are a licenced racer hoping to get into the first wave of Paris to Ancaster this Sunday, good news! There are approximately 100 spaces in wave one for qualified riders. To qualify you must have a UCI licence, a USAC domestic licence OR have finished in the top 250 of the 2009 or 2008 P2A.  Come to registration early on Saturday for the best chance of securing a spot.