For the occasion, local mechanic Emmerson Graff joined the camp for one day, adjusting all the bicycles and providing valuable support in bike positioning. Another highlight of the camp was the contribution of nutritionist Kelly Drager, who made a great impression on the athletes and the coaches. 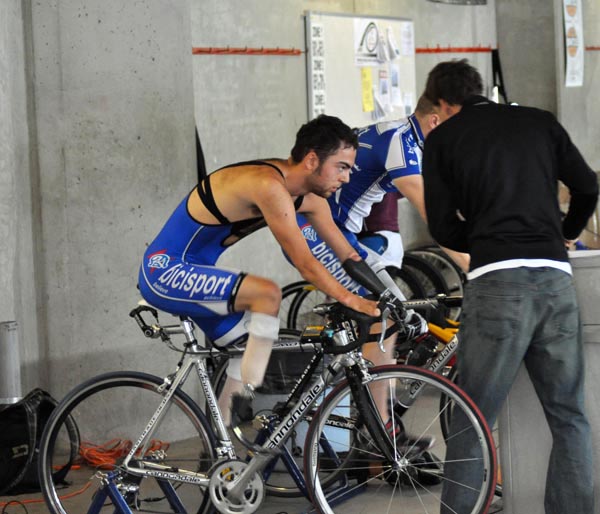 Two female tandems attended the camp: Grigg-Elderson (BC) returning to the sport after a few years of transition and Weldon-Sundell (ON), considering para-cycling after a great performance in cross-country ski at the Vancouver Paralympics. Two hand-cyclists, Karen March (BC) and Loren Pearson (BC), with experience in track and field, showed motivation and determination to transfer their skills and strength to cycling. 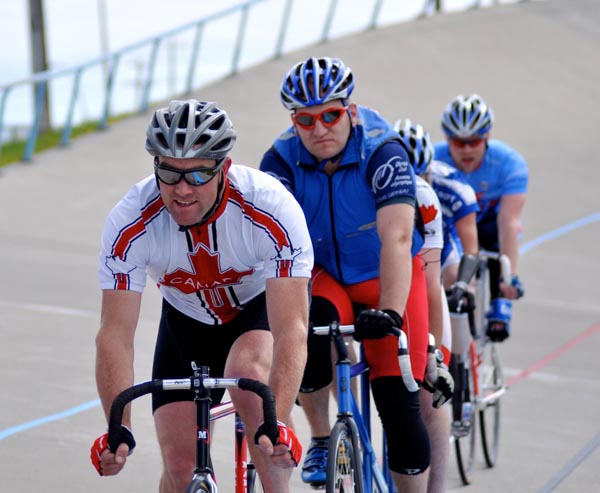 C2 Doug Simms (BC), who had made an impression racing at the Defi Sportif, confirmed his motivation and dedication to the sport, while other known development riders in the C category - Jaye Miley, John-Paul Austring, Peter King and John Berezcki (AB) - came to learn more about how to make the National Team ranks. Finally, visually impaired athlete William Stanley is showing great commitments towards a second sport career in cycling.

Three riders came to the Open Day activity and two pilots (Chris Bentley and Doug Baron) met with the national coach and are making themselves available for up and comer visually impaired cyclists. 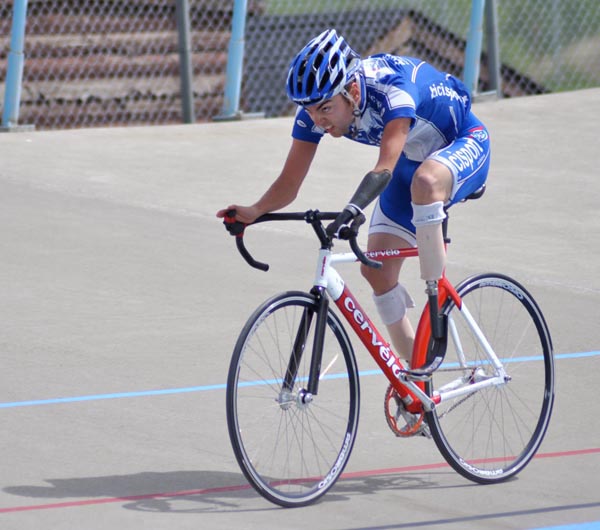 Jaye Miley on the track

Finally, CCA would like to thank the three guest coaches who contributed to the success of the camp by making themselves available for the entire week: Stephen Burke from the Calgary Oval, Rick Thiessen, Alberta Provincial Coach and Peter Lawless, British Columbia personal coach.