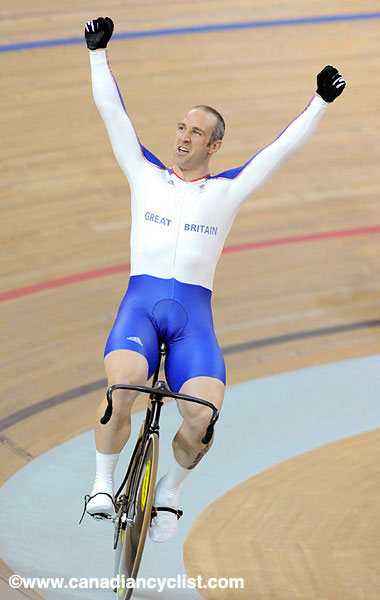 Developed and managed by Olympic track cycling champion Staff, the program will be based out of the Home Depot Center in Carson, California. The former BMX and track cycling world champion will be tasked with building a world-class sprint program through athlete recruitment and development.

"I am very excited to be given the opportunity to develop USA Cycling's Track Sprint Program," stated Staff. "My immediate goals are to get us in a position to compete in the London Olympics and then go on and win multiple medals in Rio in 2016 and beyond. We have a world-class velodrome facility in the Home Depot Center, a V.P. with the vision and desire to put American sprint track cycling on the map and now myself with the motivation and experience to help deliver."

The resident program is set to begin in July.

"With the increased importance of the sprint events in the new 2012 Olympic program, it is time to rethink, restructure, and reinvest in our track programs," explained USA Cycling Vice President of Athletics Jim Miller. "Over the last year we've made some significant progress with our endurance track programs and, with the addition of Staff, we are beginning what we expect to be a manageable progression to the top of the sport by offering an opportunity to train under the tutelage of a first-rate coach in a world-class facility. We want to not only identify talent, but provide these athletes with tools for success and encourage an increased level of commitment."

A member of the gold-medal winning team sprint squad in Beijing, Staff's accolades on the track include a keirin world title (2004) and team sprint world titles (2002 and 2005). Attracted to the track late in his career, the 38-year-old got his start in BMX, winning a world title in that discipline in 1996 and attaining world number one status in 2000 and 2001. He will begin his tenure with USA Cycling in July.