The HTC-Highroad women's team stormed to an impressive, collective victory in Friday's forty-two and a half kilometre team time trial World Cup race in Vargarda, Sweden.

"We've been close several times here, three times second in previous years, and this time we finally got the win so we're very pleased," said HTC-Highroad team manager Ronny Lauke, "The whole team did a great job, they were amazing. We were already thirty-five seconds ahead of the rest of the field at the first checkpoint so that was really motivating because that was where we'd lost time last year." 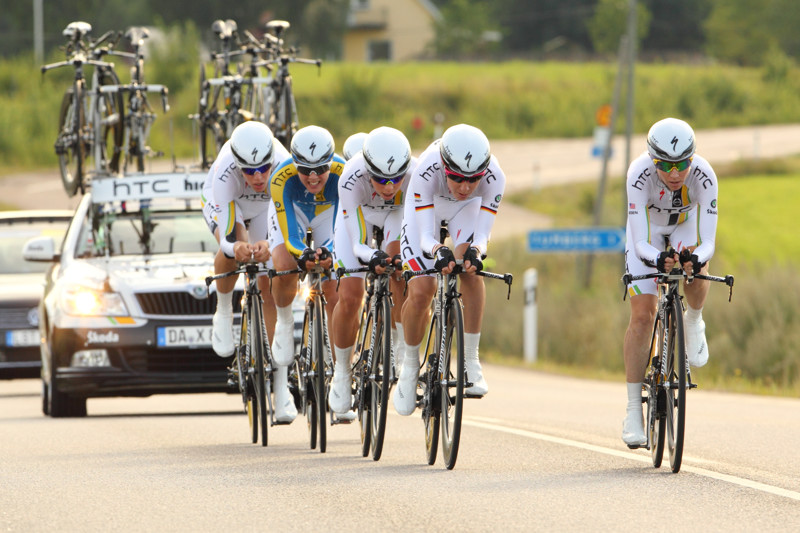 "But we kept our feet on the ground and concentrated on keeping ahead of the field and I think we finally finished about ninety seconds ahead of the next squad."

"Everything worked out fine today day, no incidents of any kind, but there's been a lot of hard work behind the scenes too."

"[Time trial coach] Lars Teutenberg did a lot of work with the riders; we'd done team time trial practice at a training camp. And as individuals they are all very strong time triallists. It all adds up."

With another World Cup in Vargarda on Sunday, Lauke says that although they are looking for a good result there, "the big goal of the weekend was the team time trial."

"We've won that, so we can be a little bit more relaxed, but who knows? After what I've seen today and the way the riders performed, another victory here in Sweden certainly isn't out of the question."
HTC-Highroad press release