TransRockies prepares to celebrate 10 epic years in the Rockies

Since the TransRockies was first run in 2002 as the cousin to the legendary TransAlp, roughly 3500 mountain bikers from all over the World have come to the rugged Canadian Rockies to test themselves against the most rugged mountain bike race in North America. 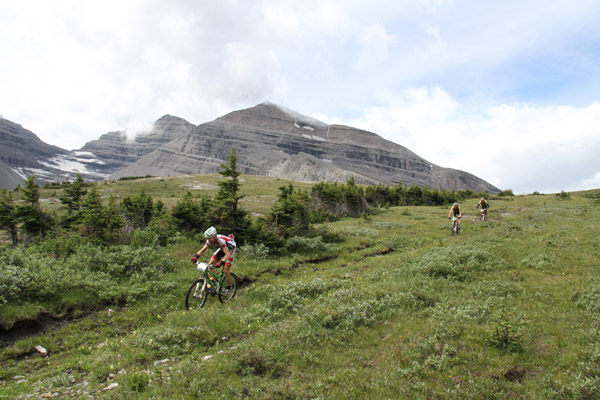 The 2011 TransRockies being held August 7th-13th will celebrate 10 years with what is destined to be a classic edition of North America’s first epic mountain bike stage race.  In celebrating this a significant milestone, the TransRockies will take a look back at the previous nine editions with photo and video shows. TransRockies is also debuting a new format which will allow more singletrack, less camping and opens up the first-ever opportunity for participants to ride the full seven days solo.

In the end, the TransRockies is all about the chance to take on some of the best singletrack in the World and the 2011 route includes more singletrack, better singletrack and a course which is rideable by all levels of participant. The stages were mapped and scouted before snowfall and they have all been ridden since the snow melted. It’s safe to say that the 2011 route has seem more miles and laps by the TR Trail Crew than any before. 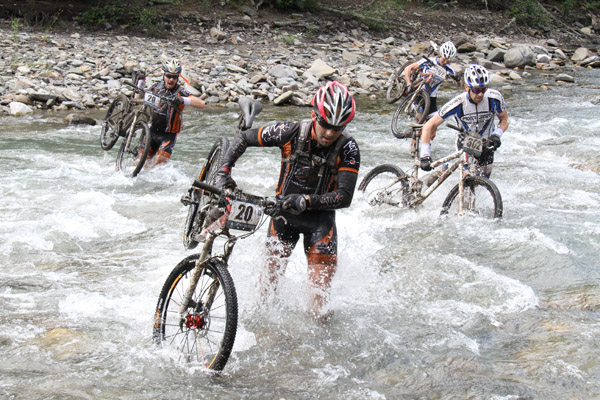 If this is certainly going to be the best “ride” ever, then it only makes sense that it be accompanied by the best rider services and accommodations ever. So, in response to rider requests, the number of moving days has been reduced to three as have the number of nights spent camping. For the first time, some nights with indoor accommodations are and beds included as part of the standard accommodations package. Riders will spend the first three nights in the comfy, clean dorms of the Raging Elk Hostel in Fernie and will spend only three nights camping.

Whether in town or in the wilderness, riders are supported throughout by dozens of staff and volunteers who do everything from cooking, to setting up tents when needed, to fixing bikes. The colourful travelling TransRockies road show not only makes the daily efforts of the participants possible, it creates an environment that builds unmatched camaraderie and lasting friendships among riders of different abilities and nationalities. 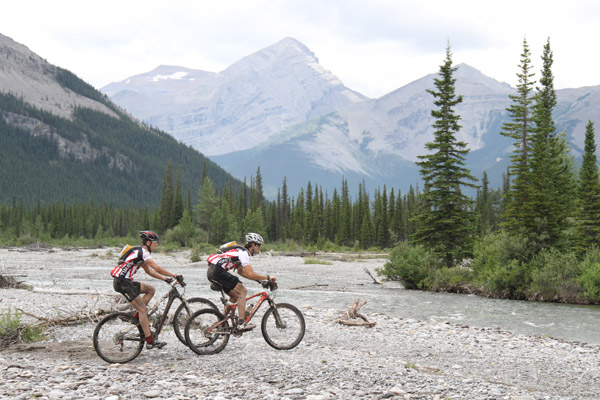 Along with the hundreds of recreational riders motivated by the challenge and spirit of adventure, the TransRockies also draws top international competitors each year. The TR3 solo event will once again be sanctioned by the UCI and will offer some of the best mountain bikers in North America like newly-crowned Canadian Champion and US Pro XCT Series Winner Max Plaxton and others a deep prize purse and valuable international ranking points. 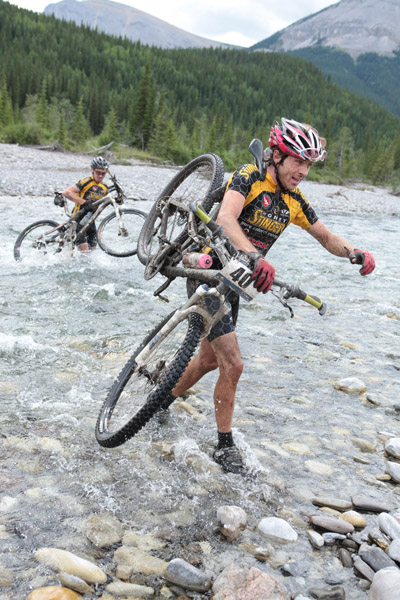 The 2011 TransRockies will be a week-long celebration of 10 epic years of mountain biking and, once again, riders from around the World will experience some of the best that the Rocky Mountains have to offer, from the raw beauty of Alberta wilderness campgrounds, to traditional Western ranch hospitality from the folks at Rafter Six Ranch to the open arms of mountain towns like Fernie and Canmore. After seven days of epic riding, mountain bikers from 20 countries will be greeted the population of Canmore, who’ll be out in force to host the great finish line celebration and the closing banquet later that evening.

For more information on the 2011 TransRockies, visit www.transrockies.com.