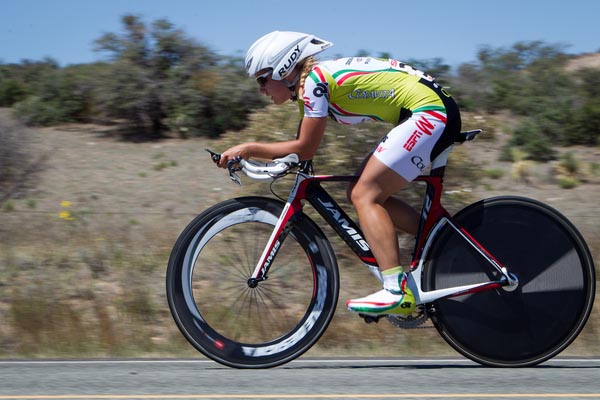 Riding with the Colavita/espnW squad at the Tour of the Gila, Glaesser again captured the attention of the worldwide peloton as the leader of the under-26 competition for two of the five stages.  Glaesser raced to top 10 finishes in the stage two road race and time trial and finished in the top 20 overall.

“We’re honored that Jasmin has chosen to make her road debut with the Colavita/espnW Pro Cycling Team,” said Wynter Parks.  “Jasmin is racing in fine form and we are highly optimistic that she will be named to the Canadian Olympic team.”

For her first race in Colavita/espnW colors, Glaesser will return to Canada to compete in the Gatineau Grand Prix.  The event, which runs from May 18-21, is expected to attract the top women’s cyclists in the world as it is one of the last opportunities to earn points to qualify for the Olympic Games in London.

“Jasmin will be a powerful addition to Colavita/espnW’s roster for Gatineau,” said Pic.  “She will be racing in the road race and the time trial.”