Day One of the track events at the London Games saw world records fall and some controversial relegations that had the crowd booing.  The velodrome was one venue that did not suffer from empty seats, with the British supporters roaring their approval of a gold medal in the men's Team Sprint, and a world record qualifying run in the men's Team Pursuit.  However, the relegation of the British team out of the women's Team Sprint medal round for exchanging outside of the proper zone, and the reversal of the Chinese gold to Germany in the same event after China set a world record, soured the mood somewhat earlier in the evening. 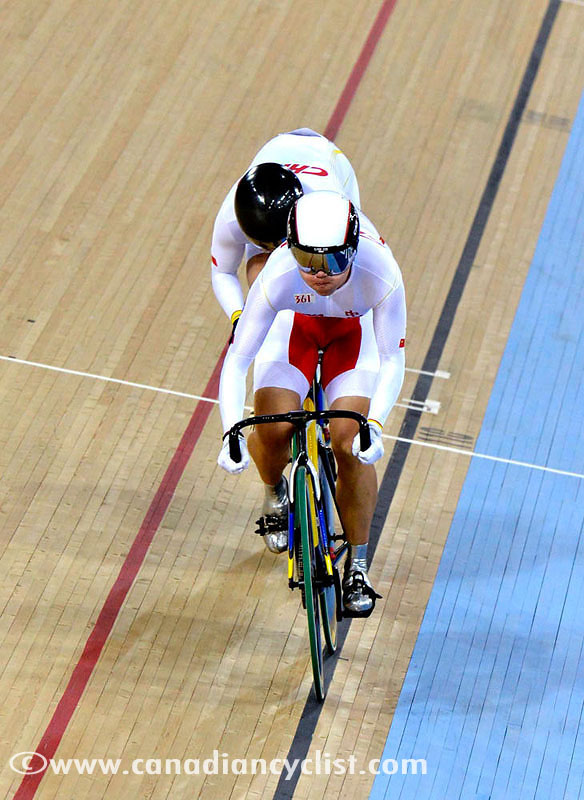 This new Olympic event was expected to be a showdown among four teams - Great Britain, Australia, China and Germany.  The four qualified at the top of the rankings, with China setting a new world record of 32.447 seconds, followed by Britain, Germany and Australia.
right:  China on Record setting ride
The top eight countries moved on to a second round, from which the four winners would go to the medal races - the top two to the gold race.  China's Jinjie Gong and Shuang Guo again set a world record, and would have gone against Britain's Jessica Varnish and Victoria Pendleton for gold, except the Brits were relegated against the Ukraine for Pendleton taking over from Varnish before the proper section on the straightaway.  The crowd booed heartily over this.

In the bronze final, it was no contest for Anna Meares and Kaarle McCulloch to give Australia the bronze ahead of the overmatched Ukrainians.  In the gold medal match, China finished well in front of Germany, and took a victory lap before they were relegated after a botched exchange.  The Germans were actually being interviewed about their silver medal when they were informed of the win. 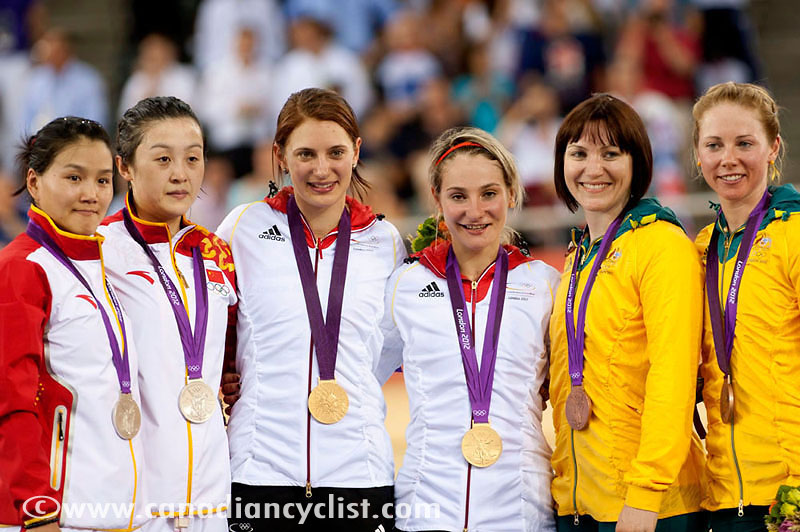 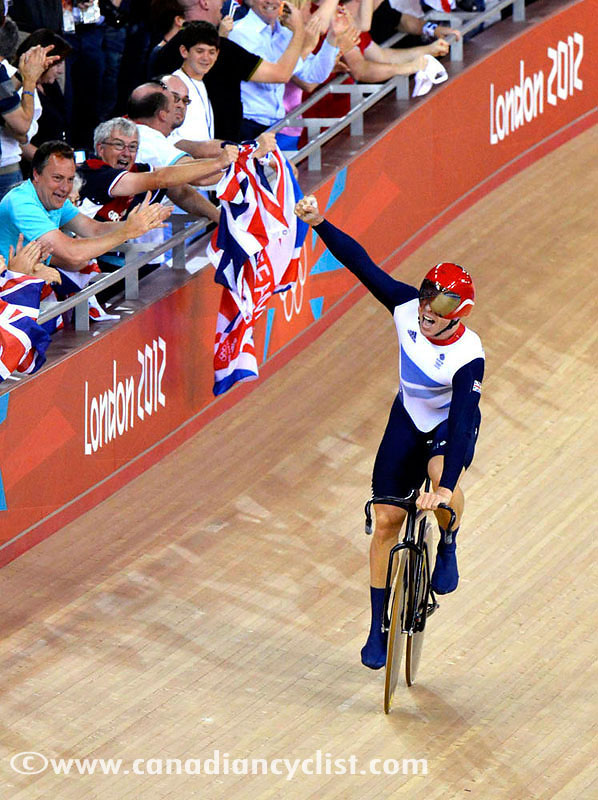 There were no relegations or mistakes in this race - Great Britain's team of Chris Hoy, Jason Kenny and Philip Hindes were far and away the fastest, setting an Olympic record in qualifying, a world record in the first round and then breaking that world record against France in the gold medal race.  The new record is now 42.600 seconds.  Germany easily beat Australia for the bronze medal.  On hand to watch Hoy win his fifth gold medal were Princes William and Harry.
right:  Hoy's victory salute
Men's Team Pursuit Qualifying   Photo gallery

The men's Team Pursuit went through their first round of racing on Day One, with the top eight teams moving on to tomorrow's second round and then the medal races.  Great Britain chopped nearly a second off the existing 4000 metre world record, taking it down to 3:52.499, for an average speed of 61.935 kph.  Australia, in second, was over three seconds in arrears, and lost their fourth man with over 1000 metres still to race.  New Zealand was third fastest, nearly another two seconds back.
Results
The Brits set a new World record 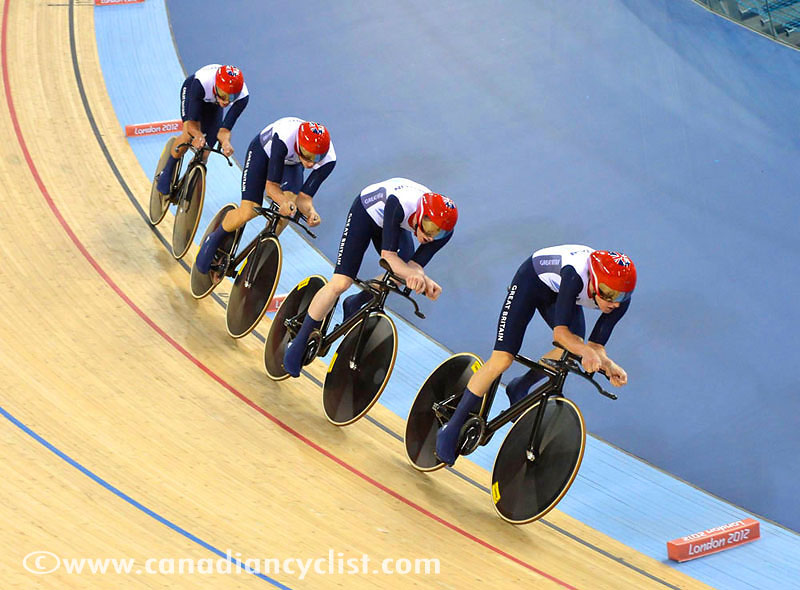