As expected, Rohan Dennis of Team Garmin-Sharp hung onto his 18 second lead in the final stage of the inaugural Tour of Alberta to become the overall champion after more than 800 kilometres over five days.  Ryan Anderson (Optum p/b Kelly Benefit Strategies) took Best Canadian honours in eighth place on overall classification.

Dennis took possession of the yellow jersey in the third stage when he won the stage as part of a breakaway group.  With a short final stage that finished in a sprint, as expected, no time was gained on the leader, securing the 23 year old his first stage race win outside of his native Australia.

Dennis completed the six-day race in 17 hours, 48 minutes and 40 seconds, with an 18 second lead over Brent Bookwalter of BMC Racing team, and 30 second lead on Damino Caruso of Cannondale Pro Cycling.

"It feels pretty good actually," admitted Dennis.  "I didn't expect this. I kept saying it was a goal of mine to come here. I rode really well in the prologue.  It was a sprinter's race, and Peter Sagan has been performing really well, in Utah and Colorado. It's really a great honour to come home with a win, and it was completely unexpected. This race will always be close to me. Hopefully I can come back next year and prepare for Worlds, and trying to back up my win this year." 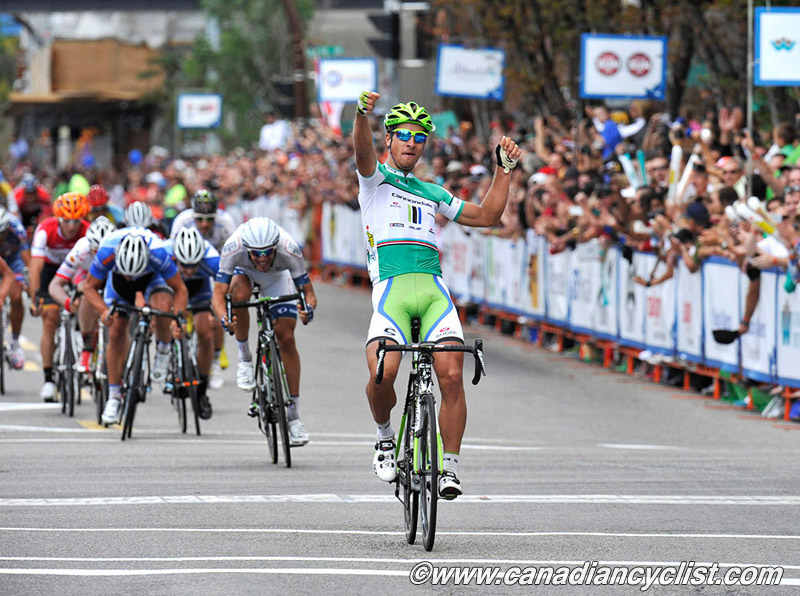 On the final stage from Okotoks to downtown Calgary, Peter Sagan (Cannondale Pro Cycling) finished well ahead of the peloton in a field sprint, in front of over 50,000 people gathered on the finishing circuit in the center of Calgary. 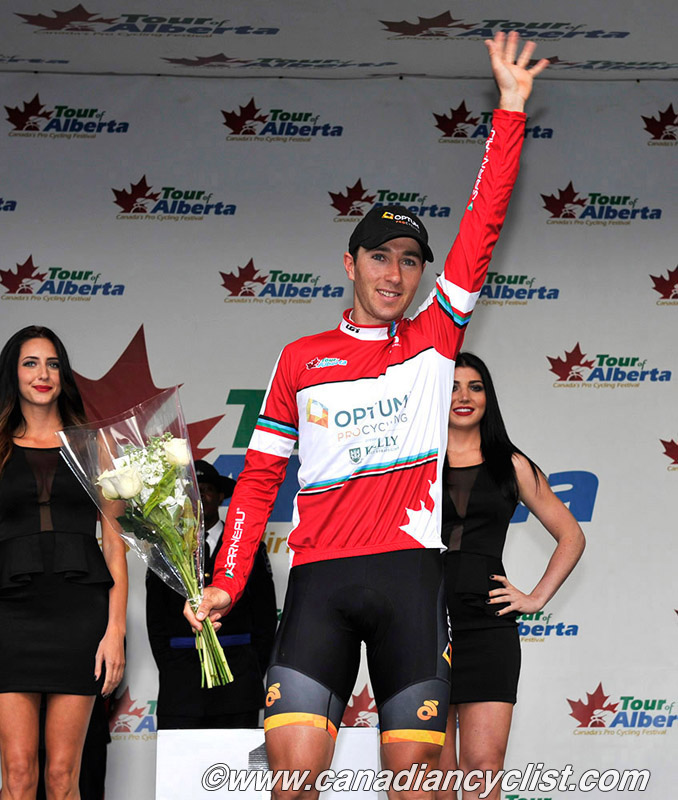 Ryan Anderson, who finished eighth in today’s final stage, was part of the decisive move on the third stage that went all the way to the finish line, gaining a 17 minute gap on the main bunch.

"It's definitely special for Optum-Kelly Benefits, and for me as well. Being the first year of this race, and to be able to come and be on the podium for the last three days, in front of all the crowds, is something special for me. I was glad to be a part of this first year and take the Best Canadian Jersey," said Anderson.

"I'm not too surprised about all the crowd. Alberta has always been known for supporting and rallying behind big events. I expected the crowds to be good, and they were. Even along the way, the school kids came out to cheer, and it was fantastic."

On Team Canada, Antoine Duchesne of Québec City had the performance of his life in Stage 4, making the break and the final move to finish in fifth place, winning the Most Aggressive Rider jersey for the last stage.

"It was a really nice race. I missed my chance in the third stage heading to Drumheller. I am really satisfied with yesterday's break. I was in the good break yesterday, and today I was active. Again today I was part of some early breaks. I just missed the long break that stood. At the end, I helped place JS [Jean-Sébastien Perron] for the final sprint. It was a good race for the whole team. It was a first for pretty much all of us, racing at this level. Everyone rode well, and it's fun to see that Canadians can do well in big races."

Duchesne will now travel to Quebec City, along with seven other riders, including Anderson, to suit up for the National team at the Grand Prix cycliste Québec et Montréal. "I feel comfortable on the Quebec City course. The form is really good right now. I’ll do my very best and get the most of that WorldTour race."

Gord Fraser was pleased with the first edition of this Tour of Alberta, and how his young riders withstood the pressure of racing with big teams.

"I think the race as a whole was a great success. The organizers pulled off a great race for the first year. They have overcome a lot with the unfortunate floods they had here a few months ago, and they pulled it off," said Fraser, Director Sportif for Cycling Canada.

"It would be nice to have more diversity on the course with stages, in terms of profiles and such. [But] All in all, they handled the organizational aspect, the volunteers, getting the word out very well ... The fans were incredible. Just today in Calgary, there were probably over 50,000 people on that circuit. Hats off to the organizers. I am looking forward to next year."

We have interviews with Ryan Anderson, Gord Fraser, Brian Jolly and Alex Cataford.