Well I have raced in all types of horrendous conditions over the years but the hardest thing I have done is set up a cross course for 5 hours in unrelenting rain. We had 6-8 of us out there hammering stakes and setting up the tape and usually with this crew it takes us 3-5 hours to be finished, I then sit there and relax and wait for all the park users leave for the night. Well at dusk it was me and 2 others as I sent most home as they were now popsicle’s due to the temperature drop and we only had 80% of the work done. Well we hit the course at dawn and got it mainly set up for the early preriders and the sun was out and the course was pretty much dry as the drainage in the area is excellent.

All the races had excellent conditions and the course only got faster through the day as the lines were a bit smoother and corners dryer. The M3 race had local media baron Dan Dankin of team 905 take a 30 sec win over team CHCH’s Patrick Elliot and rolling for third was a racer who  Ben Perry has described as “ the  world’s most awesome Dad” Jeff Perry of SCCC. The senior 4 had Mark Winfield take another tight 40 sec win over Gabhan Chalmers.

In the U17 men and women Graydon Staples took the U17M win in convincing fashion as did Ruby West in the U17F female. The closest race was Campbel “ chicken Legs” Lee who eked out a 37 sec win in the U15M after having the most spectacular last lap explosion. (but he did also set up in the rain then played a hockey game night) He won the Hard cyclist of the day award.

The women’s race was one of the more exciting races of the day with local Antje Thamm overcoming a slow start to catch the front runners of Laura Bietola and Ashley Barson and power on for a slim 16 sec win. The master Women had the tightest race of the Day with Lori Kofman shaking off  Anne “sandbag” Guzman (2nd) and Micehlle Kordy  (3rd) for a 9 sec win. 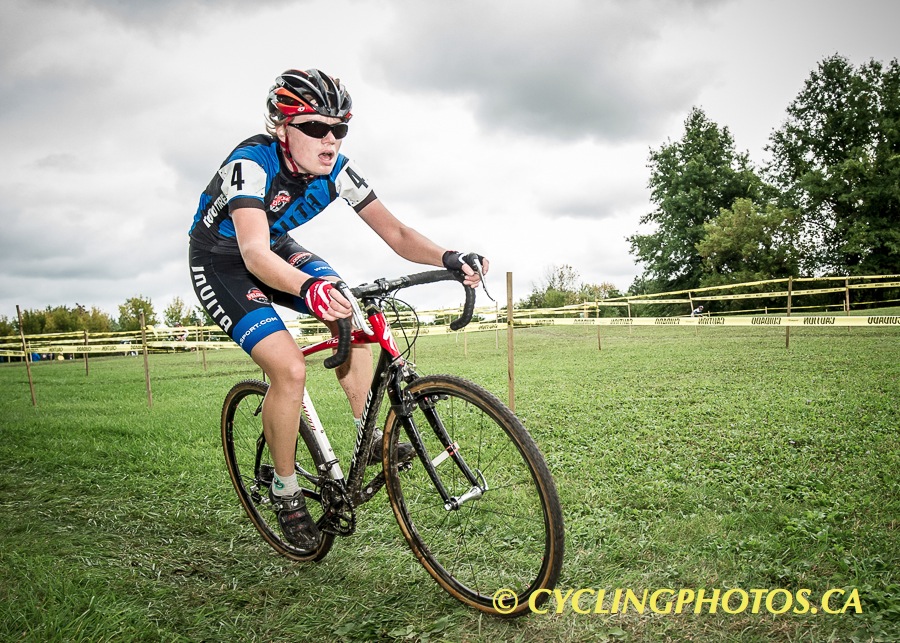 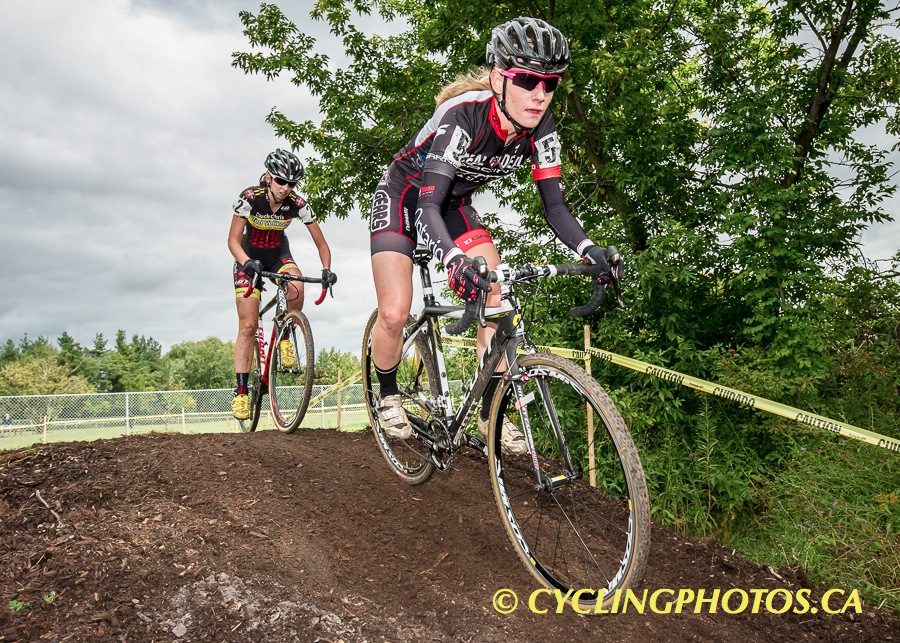 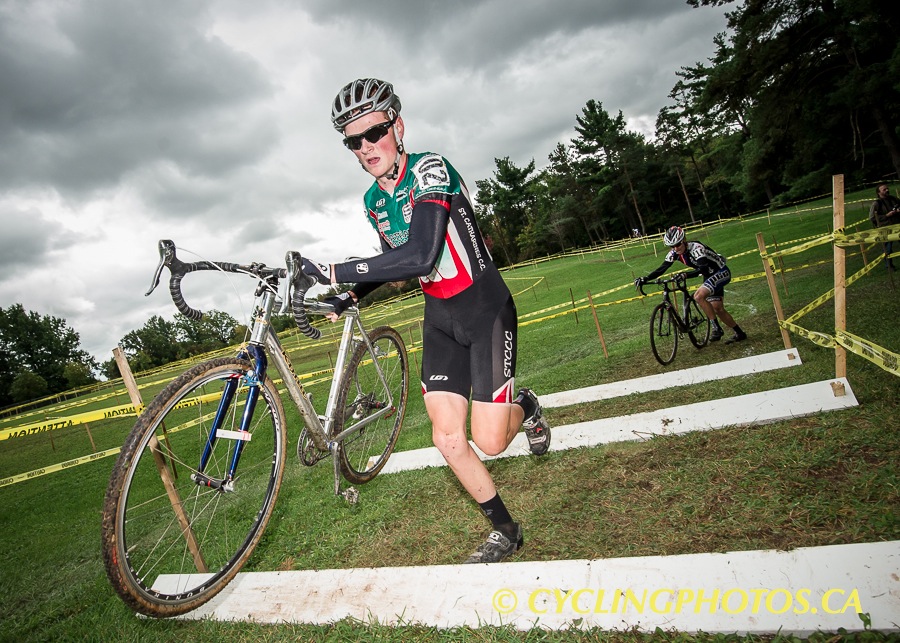 The elite 3 men and junior lined up along with the M2’s for a huge field. Tyler “ mustard Tiger “ Lee took the holeshot and never let up only Grahame “Ulrich” Rivers was able to catch Tyler  and ended up the first Elite 3 and 2nd in the start behind Tyler ( 1st junior). The M2 Race had a great 2 way battle for the win with Greg Bishop narrowly beating out Bob bergman for the win and Mark Sugita coming on for 3rd.

Well we have all heard the saying don’t bring a knife to a gun fight (well one should not be involved in such activities in the first place) So let’s say Ben Perry had the gun and everyone else had putty knifes. I knew it was a bad idea to lend him my other race bike and to start 3rd row but I was like what could happen? Well he took off and put 20 secs plus into the filed on the first lap then proceeded to smile at us trying to chase him down as we passed him each lap. After Ben there was a chase of 4 that finally established itself with me, Marco Li, Austin Skomra and Derek Hardinge. On lap 4 of 8 Derek made a great inside pass and hit the gas. I tried to go with him but could not close him down. This did separate the chase group as now with 3 to go it was Derek in 2nd with me chasing in 3rd , both on our own with Ben comfortable up front. We rolled in that order for the finish with Austin taking the sprint for 4th over Marco. The M1 race had Robert Holmgren take a convincing win over the field of 17. 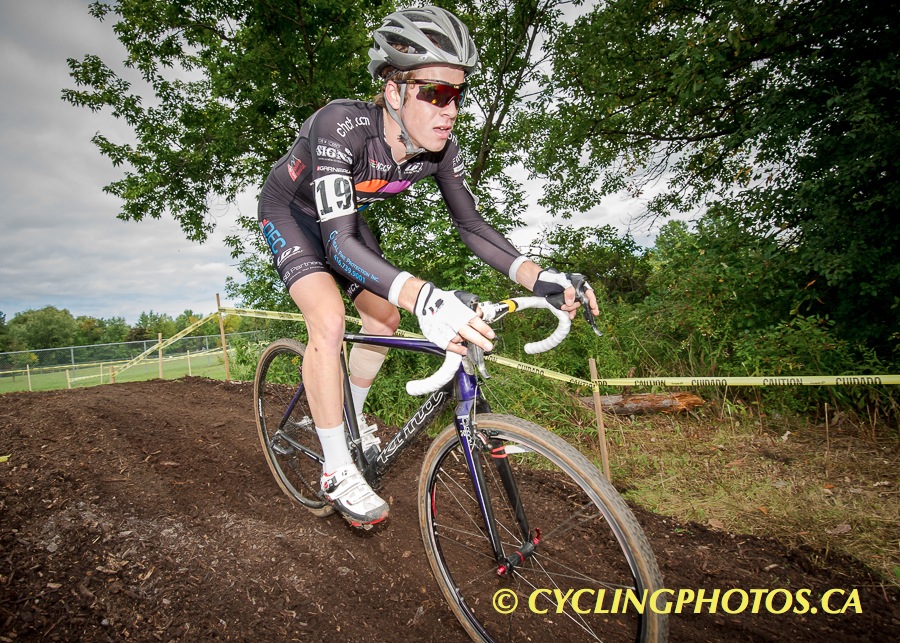 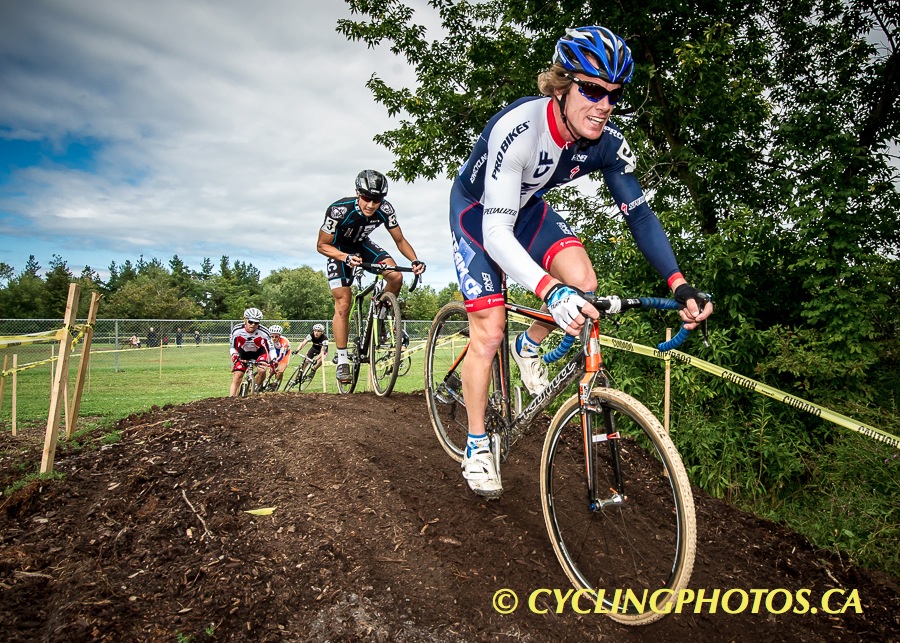 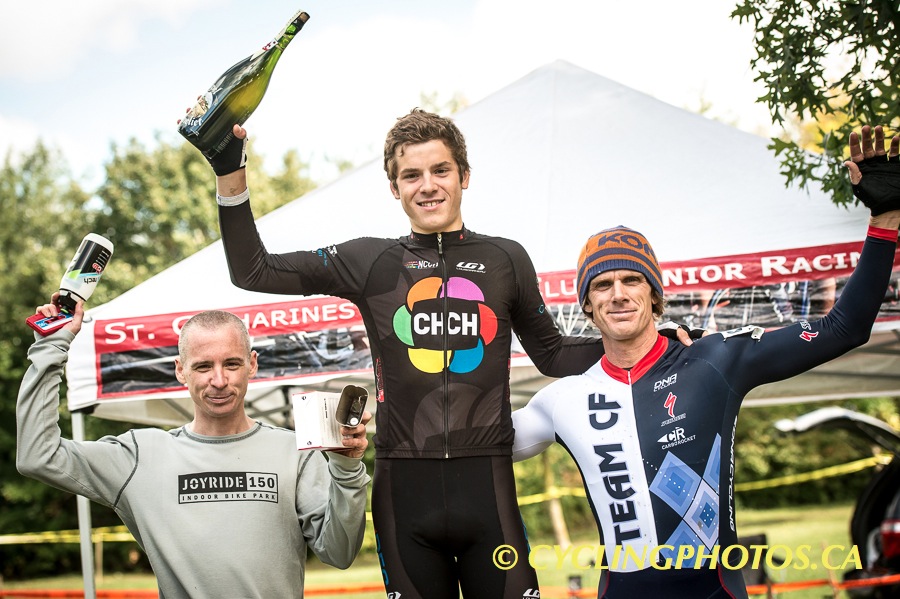 It was an awesome end to the day with the TEAM CF kids race.  15 or so ( at this point in the day I could count past 2)   little racers lined up to tackle the full course as we delayed tear down to give the kids a full kick of the can.

It was a fair course that saw lots of good hard clean racing and hopefully we can have another great year in 2014.

Also I would like to thank Belgian Ale O-Cup prizes courtesy Cyclingphotos.ca for providing some extra prizing for the eilte men, although Ben Perry has 50 less reasons to like the beer prizing post race.

Thanks to all who came out