The Brits may still be the fastest when it comes to the Women's Team pursuit, but Canada is closing the gap quickly, with a superb silver medal performance at the Track World Championships on Thursday, in Cali, Colombia.  Hugo Barrette also competed for Canada on Thursday, in the Men's Keirin.  Barrette missed making the second round of competition by one spot.

Canada's Team Pursuit squad won the World Cup title this year, and took the bronze medal at the world championships last year.  This year, Canada moved ahead of Australia to be the ones to challenge the Olympic champion British team.  Although missing Gillian Carleton, who is recovering from illness, the team showed that they are developing depth, with the addition of Allison Beveridge to Jasmin Glaesser, Laura Brown and Steph Roorda. 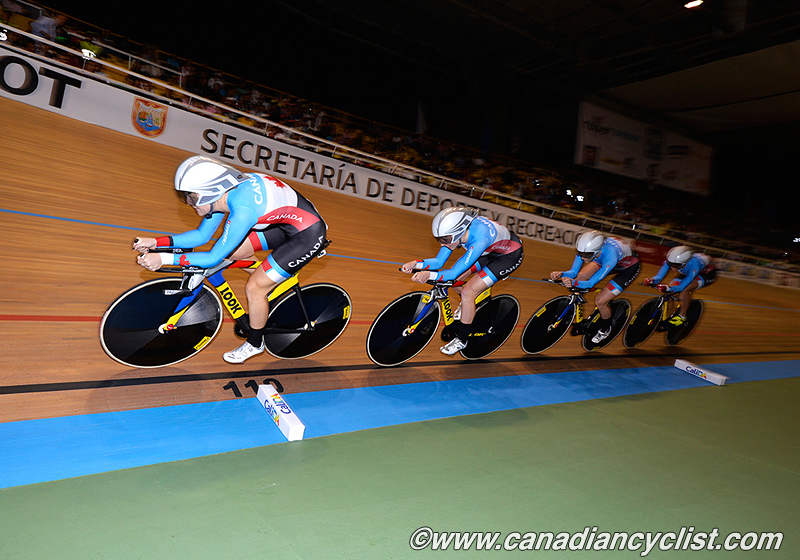 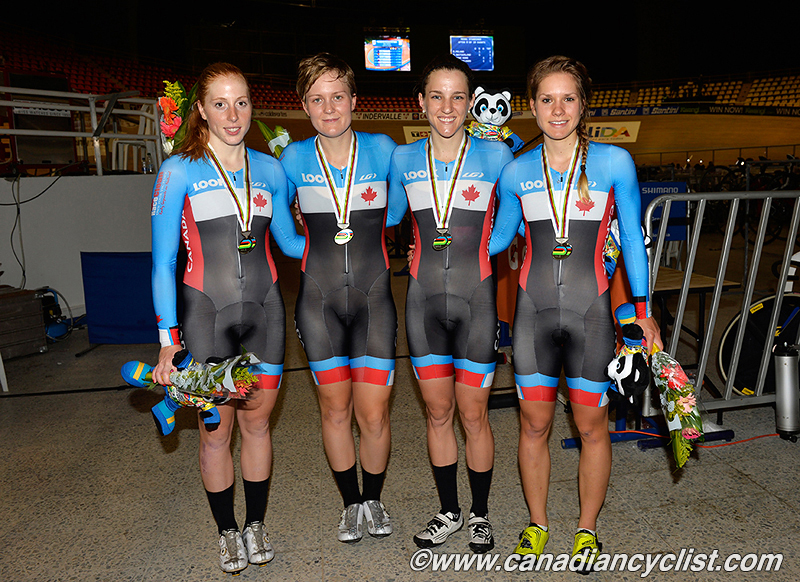 Canada took an aggressive strategy, by using Beveridge heavily in the first half of the 4000 metre race to power the team into a lead of over a second by the halfway mark.  Beveridge then peeled off, while the remaining three riders continued to hold the lead through the 3000 metre point.  It wasn't until the final 750 metres that Great Britain moved into the lead.  The Brits won by 1.289 seconds, a smaller margin then they are used to.

Hugo Barrette was hoping to make it into the second round of the Keirin, but the level of competition is much higher than a World Cup.  He missed out in the First Round, which sent the winner of each heat directly to the Final by finishing second, and then in the Repechage was third - the top two move on.  So, it was close, but not quite there for Barrette.  He will race again on Saturday in the Men's Sprint.