The seventh and final stage of the Tour de l'Abitibi saw another reshuffling of the leaderboard on Sunday, with Brandon McNulty (Team USA) regaining the Brown Jersey he had lost 24 hours earlier.  Team Canada's Nickolas Zukowsky dropped to fourth overall from first in the final standings.

After Zukowsky took the race lead on Saturday when Team USA and Denmark delayed chasing the breakaway for too long, it was a good bet that McNulty would try to take it back.  The American launched an attack within the first kilometre and then impressively drove it to the line for over 100 kilometres through intermittent rain. 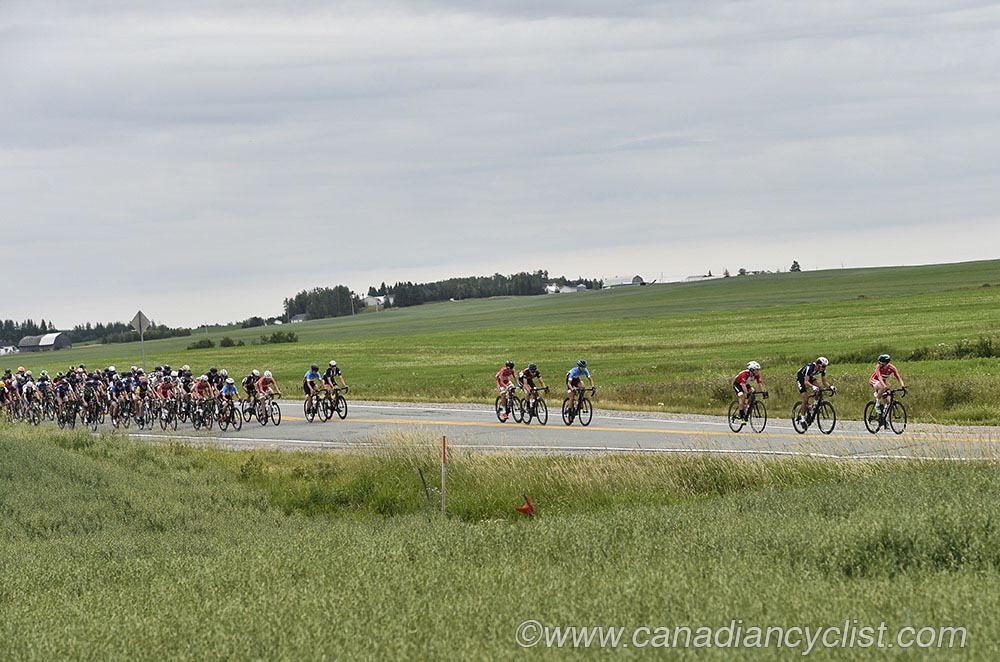 The break starts to form in the first kilometre

The stage began in the small town of Ste-Germaine-Boulé, north of Rouyn-Noranda, and headed south for over 50 kilometres before riders faced 12 laps of the 3.7 kilometre circuit that has finished many of the stages. 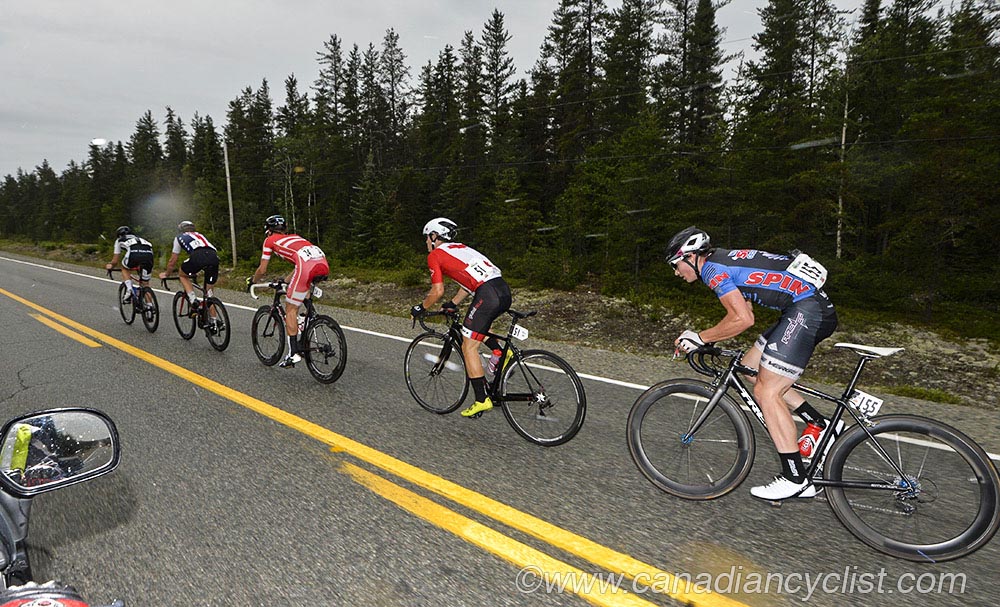 The break originally had five

The initial break contained McNulty, Mikkel Bjerg (Denmark), Kevin Goguen (Washington Spin Development), James Fouche (New Zealand) and Canadian road champion Thierry Kirouac Marcassa to watch it for Team Canada.  Kirouac Marcassa and then Fouche were called back by their teams to help with the chase, leaving three at the front. 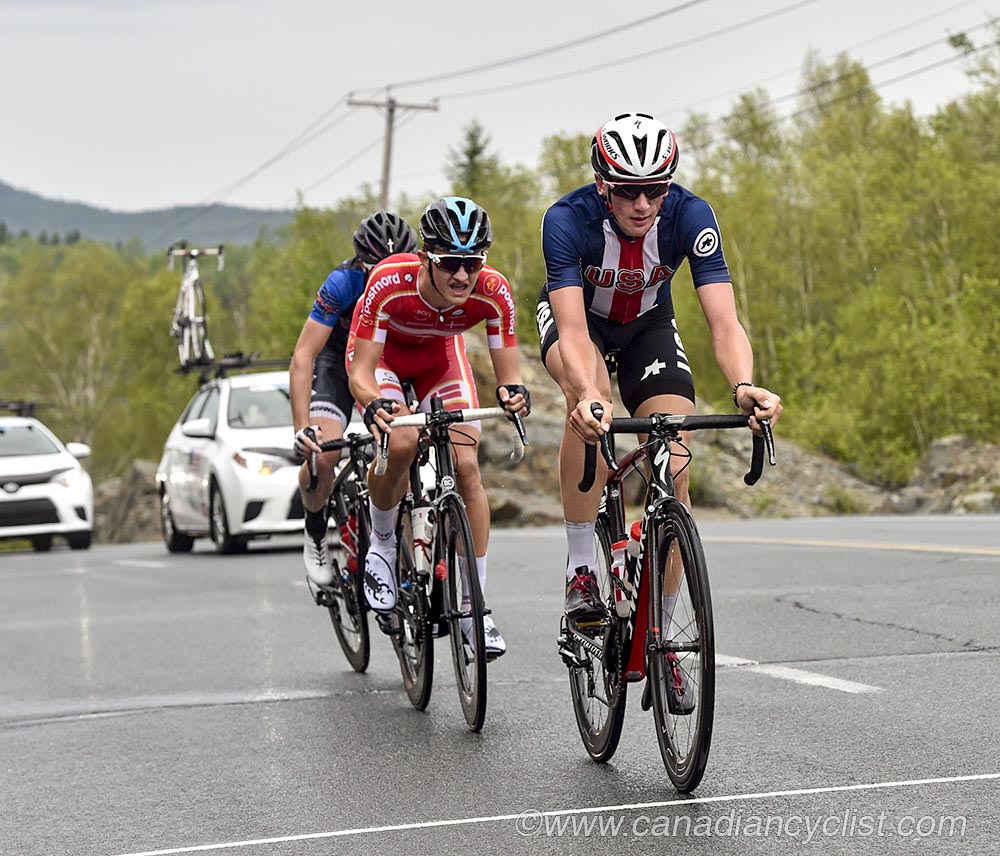 McNulty was doing the majority of the work, with Bjerg sometimes taking a pull.  Team Canada managed to hold the gap to a minute for a while, but then it started to grow as the team began to fade, eventually reaching two-plus minutes.  Bjerg took the stage win ahead of McNulty. 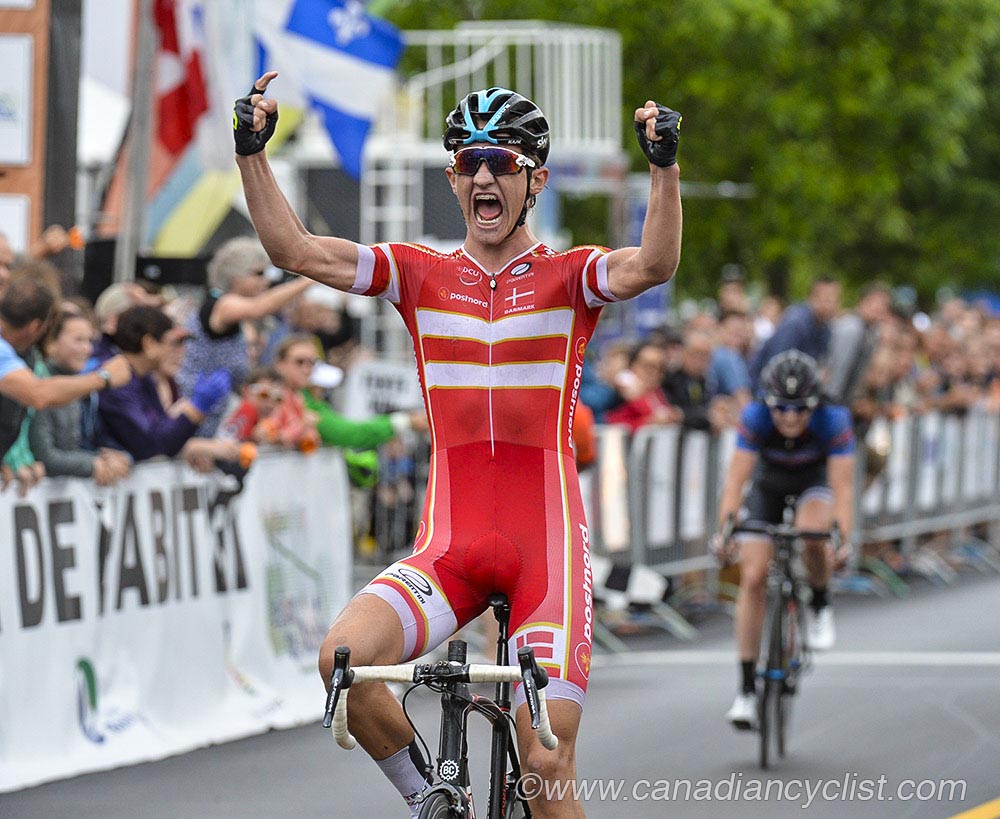 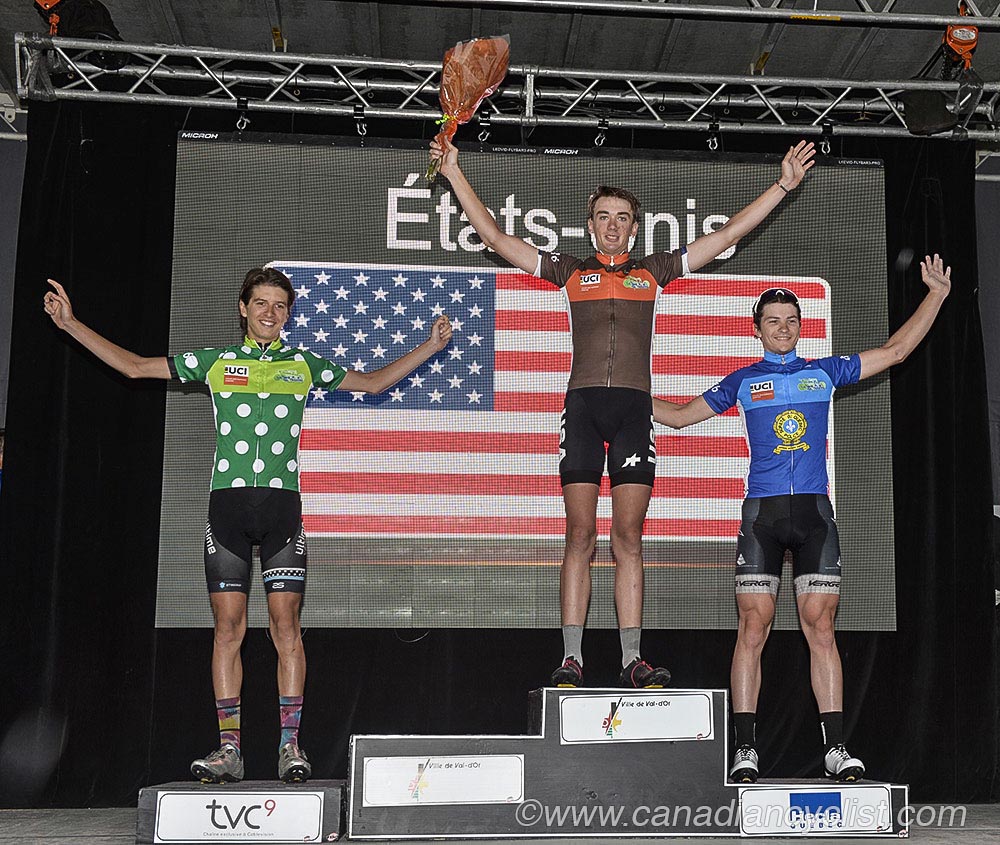