August 18/16 17:30 pm - Nyhaug Through to BMX Semifinals with Strong Performance

Canada's Tory Nyhaug qualified for the final day of BMX competition in Rio with an extremely strong performance in the quarterfinals on Thursday.  Nyhaug, who was seeded 18th after the time trial on Wednesday, was up against number two seed David Graf of Switzerland and two-time Olympic champion Maris Strombergs of Latvia in his eight rider heat.  He won his first two races and finished second in the third one to record the second best performance of the day, only behind Sam Willoughby of Australia, who won all three of his races.

"I definitely really like this course," agreed Nyhaug.  "It's fast and fun.  The wind was pretty tough, and we had trouble with the headwind on the second straightaway.  I'm in Lane One, and it's the best lane to be in, because the farther you can go inside, the better on this track.  I didn't get touched in the crash on the first run, but I heard it behind me."

"To go 1-1-2 on the first day is pretty much as good as it could go on the first day, so I'm definitely stoked and ready to go for tomorrow.  I'm just doing the best I can, and I had a ton of fun today."

Jacques Landry, Director of High Performance at Cycling Canada, said "it was the best situation for Tory; you have the best gate position on all three rides, and he was qualified [for the semifinals] after his second ride.  He's showing good form, he's quick out of the gate and he's got acceleration after he is out of the gate as well.  So he is in control of a lot of elements right now.  It's a good position to be in." 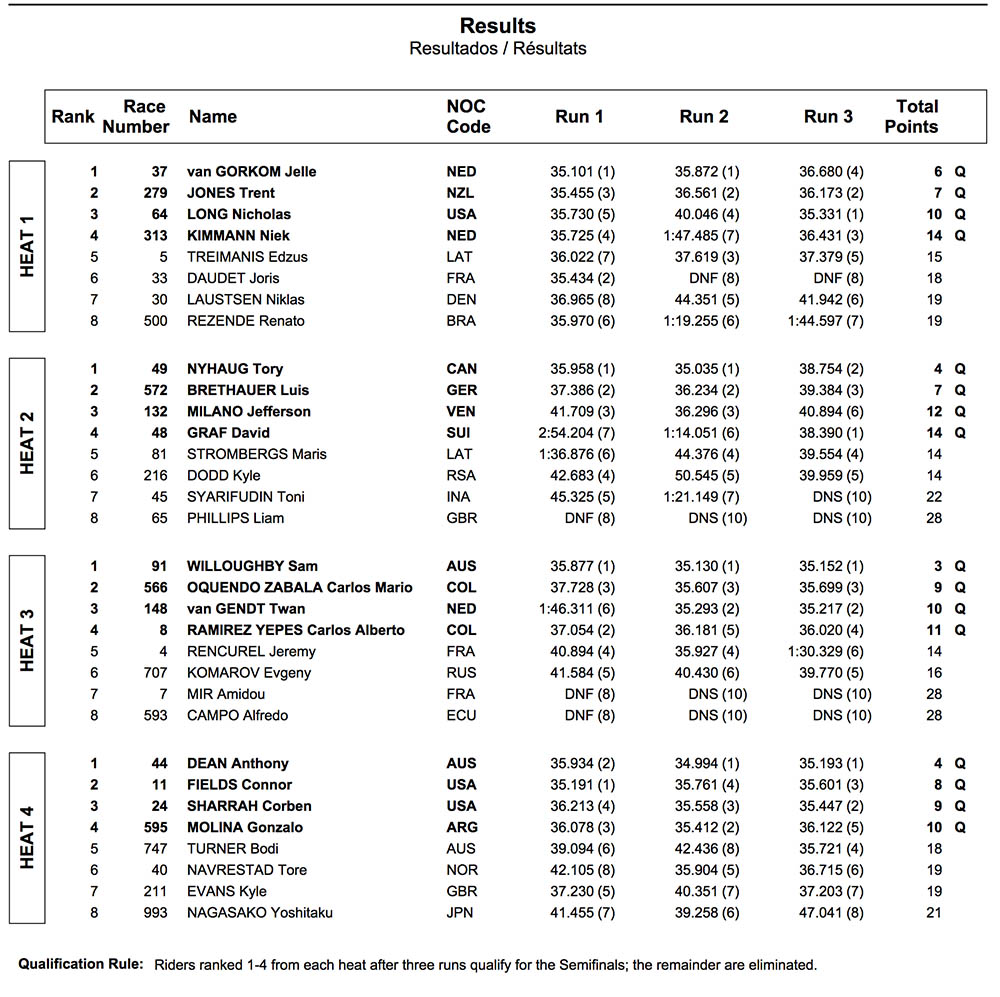