Ottawa's Michael Woods, riding on the UCI World Tour circuit in the colours of the Cannondale-Drapac team, won his second title in as many editions of the Appalachian Classic. Using a similar strategy to last year, which was to leverage his talents as a climber, he outpaced his three breakaway partners in the climb to the top of Mont Arthabaska, throwing down the challenge of a ruthless pace with less than 10 kilometres to go. Matthieu Jeannès (Team Lupus), Hugo Houle (Ag2r-LaMondiale), James Piccoli (Transport Lacombe/Devinci) and Jean-Denis Thibault (La Vie Sportive powered by Jean-Yves Labonté), completed the podium. 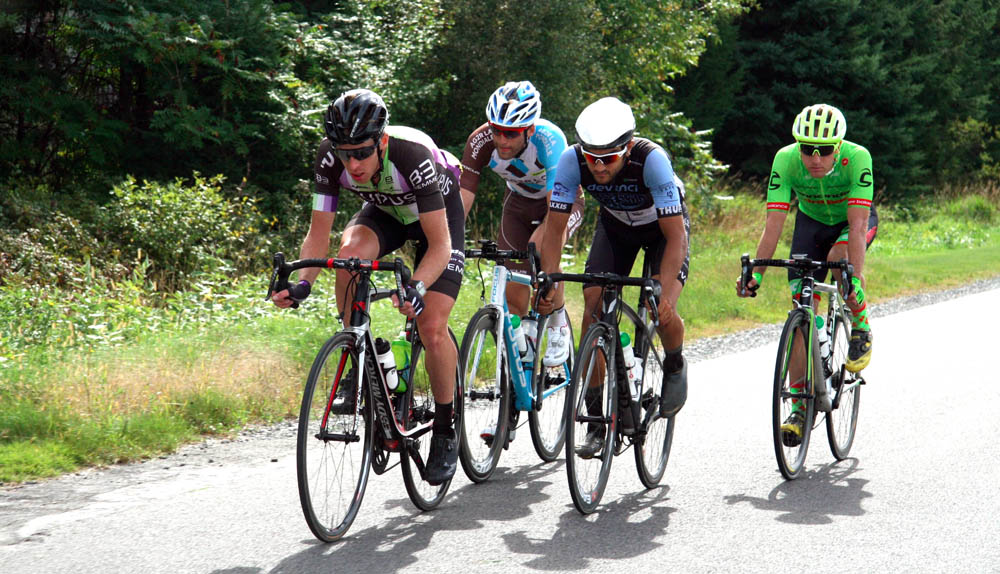 Matthieu Jeannès, second in the Pro/Elite peloton, leads the quartet made up of himself, James Piccoli, Hugo Houle and Mike Woods, who formed the breakaway group of the day at the end of the 132.5 km 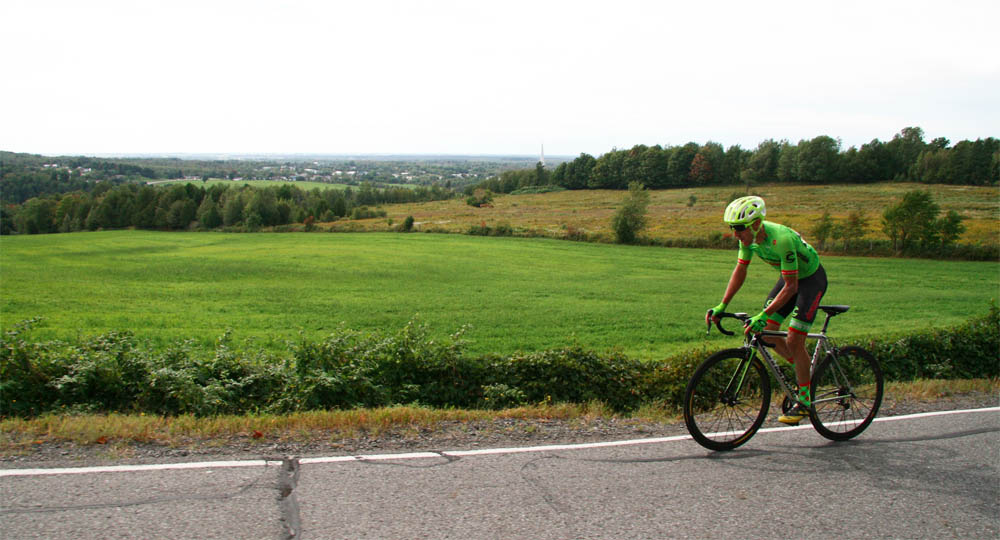 With less than a kilometre to go, Mike Woods pours it on during the ascent up Mont Arthabaska, with its 6.7% average grade over 2.6 km 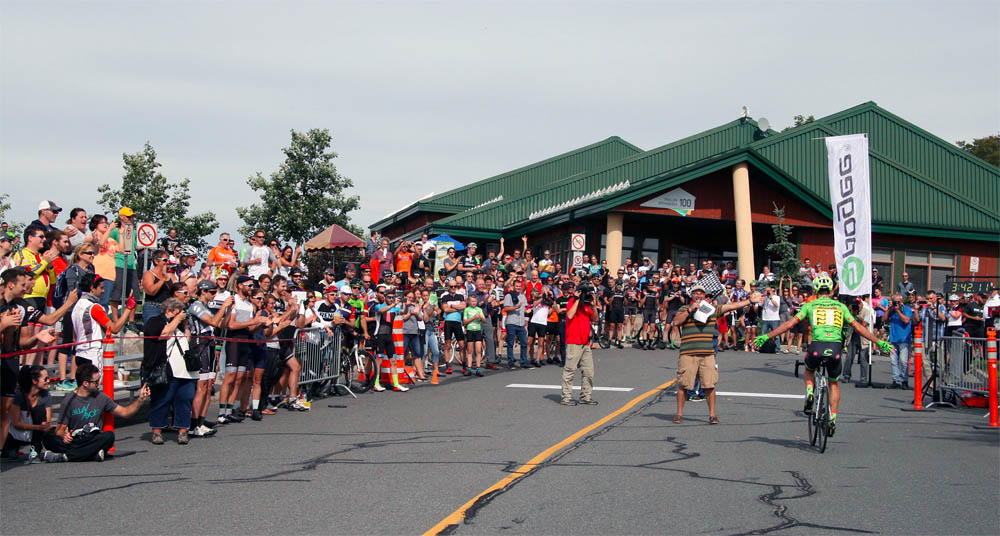 The riders present for Saturday's race competed on one of the most demanding courses in North America, with a distance/elevation ratio higher than that of the Strade Bianche, the famous Italian classic played out in Tuscany. The Pro/Elite peloton was faced not only with 132.5 kilometres, 45 of which was on dirt roads, but with an equally challenging 2,700 metres of ascent overall.

Woods said he was very satisfied with his performance. "It's a course that suits me perfectly. I'm not the strongest in the rather flat sections, but Hugo and James Piccoli did a good job taking long pulls," he said. "I had a strategy similar to last year, which was to use the antenna hill climb in St-Christophe-d'Arthabaska to gauge the strength of the group. The legs were good today, and made a big difference to my earning my weight in maple syrup. I'll be able to make pancakes for life now!"

Hugo Houle, third following the struggle of the final ascent, said he was surprised at the difficulty of the course. "It's hard, very hard. The wind was a big factor, but the sequence of climbs was devastating," said the Ste-Perpétue cyclist. "At the halfway point, I already had super-heated thighs. Mike made the difference in the final climb and he deserves the victory today."

James Piccoli, recent GC winner of the famous Green Mountain Stage Race in Vermont, said he was very happy with his participation. "I had a lot of fun participating in the Classic this year. It's a very well organized race, and certainly, the most exciting on the Quebec calendar", he said. "With so much distance and difficulty involved, the volunteers play a key role. I'm already looking forward to next year!"

The Masters riders, were faced with a 116 kilometre course, with almost 30 kilometres of dirt, and a total ascent of 2,300 metres. Both courses ended with the same climb as the Pro/Elite course, with 2.6 kilometres at a 6.7% average.

In the Open Amateur 'A' peloton, Montrealer Rowan Barrett (ABC Cannondale/Strava), known to have 'owned' virtually every Strava segment on the Island of Montreal, won top honours. On the Amateur 'B' side, Ron Amos (Hammer 53x11) turned in a sharp performance, following his GC-win at the Green Mountain Stage Race two weeks ago. Among the women, Luce Bourbeau (SAS Macogep) managed to outrun her peers to join her male colleagues in winning her weight in maple syrup.

400 enthusiastic cyclists travelled the roads of Victoriaville and its region on Saturday. Spread over The Classic's two components - one recreational, the other competitive - participants had a "field day", riding in landscapes known as much for their beauty as for their difficulty. Fabien Roy, participant of the Gran Fondo, was very happy with his experience. "This is a really well organized event. Volunteers are smiling and, above all, very friendly. The atmosphere at the summit of Mont Arthabaska was really exciting and added beautifully to the courses, which are truly spectacular. Experiencing the arrival of Race riders, ringside with other Fondo riders, was really memorable. I'll be back next year, for sure!"

To reward the efforts of the participants, Race and Gran Fondo alike, the organizers had set up a festive finish at the summit of Mont Arthabaska, with a terrace offering a spectacular view of the Victoriaville region as well the final metres' run-in to the finish line of all courses. In addition, the location featured creative offerings of the Ours Noir (Black Bear) pub, which had developed a special 'hypercaloric' menu for the occasion, sitting alongside the already famous venison poutine, and a beer brewed specially for the occasion by the Isle de Garde microbrewery.