After a training day on Monday, following the road races over the weekend, the Canadian Road Championships for Elite, Under-23 and Junior aged riders resumed on Tuesday with the Individual Time Trial competitions for all categories.

The course in the Gatineau Park takes the riders through stunning forest, with the road climbing for the first half before competitors turn around for an equally long descent back to the finish line.  Junior women covered 16 kilometres, Junior men and Elite/Under-23 women did 26 kilometres and Elite/Under-23 men 36 kilometres.

In the marque Elite category, two familiar faces returned to the top step after an absence of one year for Karol-Ann Canuel (Boels-Dolmans) in the women and two years for Svein Tuft (Orica-Scott) in the men, an incredible tenth time trial title for the Langley, B.C., pro.

The women started in dry conditions before rain swept in for the latter half of the race.  Alison Jackson (Be Pink), the bronze medalist in the Road Race on Saturday, set the first fast time, which stood up until Olympic bronze medalist Kirsti Lay (Rally Cycling) knocked 57 seconds off the leading time, to take it under 42 minutes.  Lay stayed in the lead until former national champion Leah Kirchmann (Team Sunweb) went below 40 minutes, at 39:54.  Kirchmann kept the lead until Canuel, the final starter, knocked over a minute off the leading time.  Sara Poidevin (Rally Cycling) finished third overall and was the top Under-23 rider. 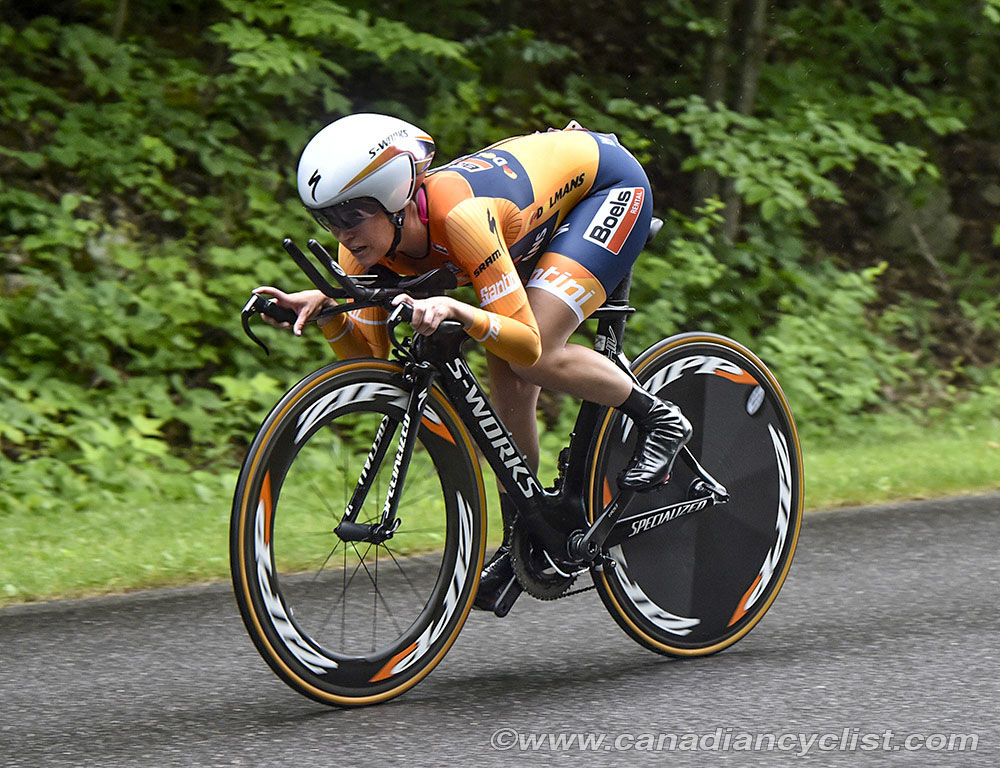 "I'm really excited to be champion again," said Canuel.  "I was sad to lose it last year, and I'm really happy to win it in front of my family in my hometown.  It was really, really hard, especially with the rain and the headwind and climb."

The men's race began with wet roads but no rain, however, that changed to torrential rain and even some hail at one point. The rain backed off for a little while but then came back on the upper parts of the course while the finish area was starting to dry out.

Nigel Ellsay (Silber Pro Cycling), the ninth rider to start, took the lead with a time of 48:18, only three seconds off the winning time last year by his team mate Ryan Roth in dry conditions.  Ellsay's time held up as riders continued to finish and was starting to look unbeatable as the conditions worsened.  Rob Britton (Rally Cycling) was closest at 17 seconds with three riders left to finish, but that next rider was Tuft, who has dominated the time trial like no other rider in Canadian history, with nine titles coming into this race - plus two road race titles.  Tuft swept across the finish line five seconds faster than Ellsay to take the lead.  Defending champion Ryan Roth, the final finisher, could only manage 12th.  Adam Roberge (Silber Pro Cycling) finished fourth overall to take the Under-23 title. 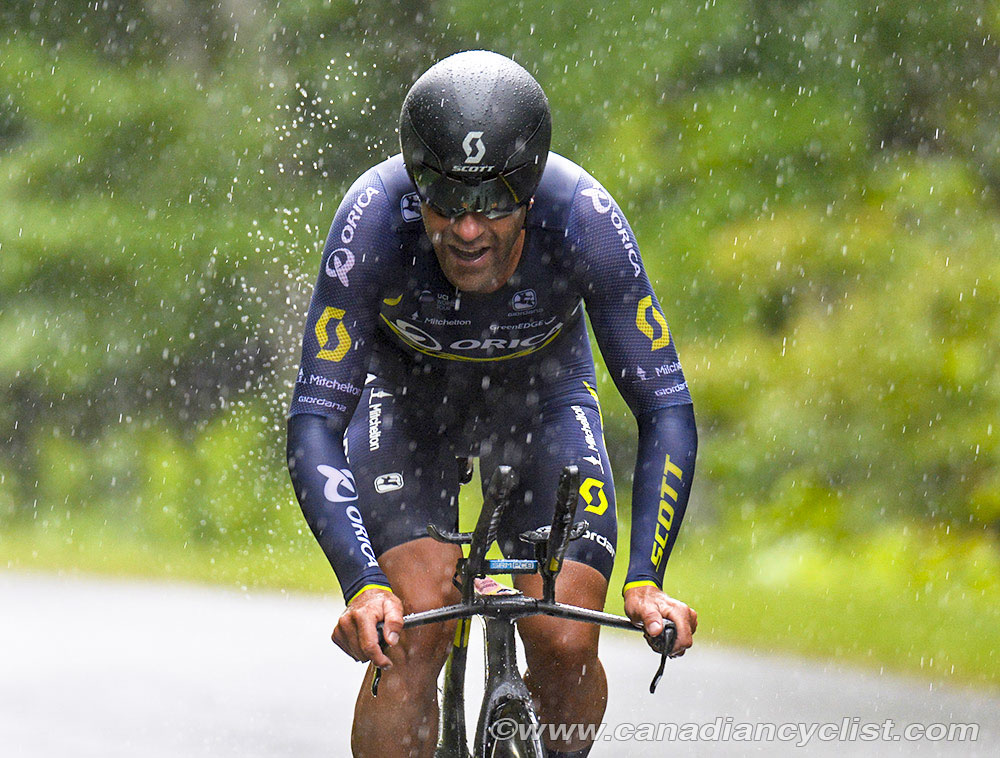 "On a course like this, it's more of a grind," said Tuft, "so rain or shine it doesn't make a difference; it's just a tough course.  For sure, I had motivation [to get back the title].  The level has come up so far in Canada.  It was a personal ambition for me to keep my form after the Giro [d'Italia] and have a good ride here.  I'm happy I came and made the effort."