We published a profile of Jay Lamoureux prior to the 2018 Track World Championships, so this is an updated version to include the recent Track Worlds and Games preparation.  At the Games, Jay will race on the track and the road, and will be one of three riders to do both the road race and the time trial. 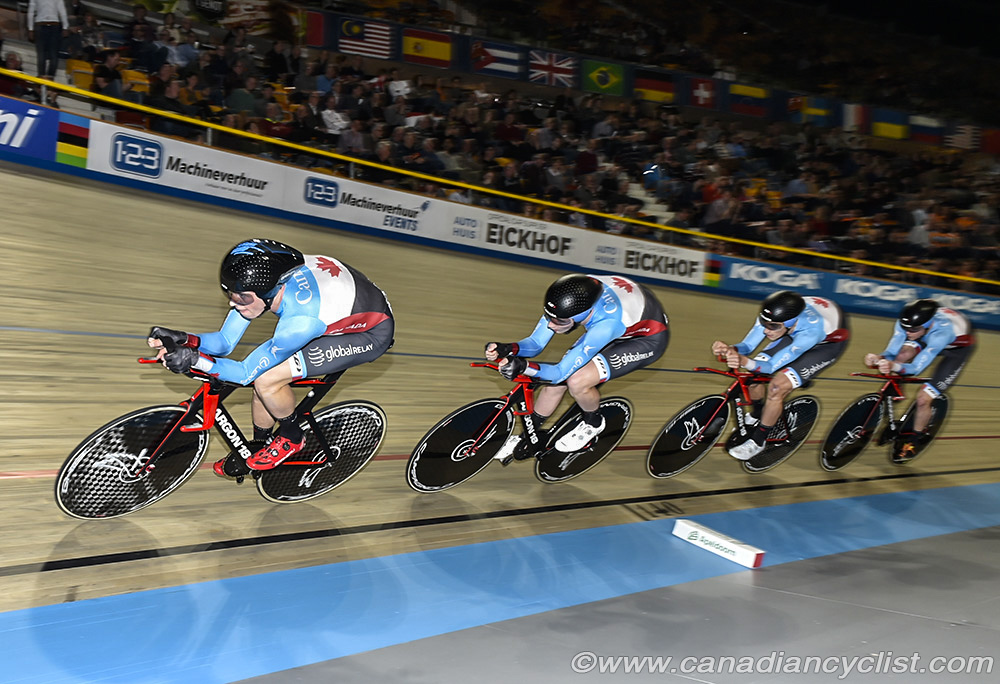 The team received a big boost recently, when they finished in the top-8 for the Team Pursuit at the Track World Championships.

"That's what we came to do, and we succeeded in everything we wanted to accomplish, so we are all pretty happy with the result."

Now, Lamoureux and the rest of the team are in Australia, making final preparations for the start of competition next week.

"After the Worlds we had a camp in Milton, which gave us some time to tune up before heading down to Australia.  Comm Games will give us another opportunity to measure ourselves against the world, so it's pretty exciting."