Mathieu van der Poel (Corendon-Circus) proved once again that he is untouchable in the World Cup short track event, taking his fifth win in six races at Lenzerheide, Switzerland, on Friday.  The only one he hasn't won this year was at Andorra, a race he didn't attend.  Leandre Bouchard (Pivot Cycles-OTE) was the top Canadian in 17th, despite a crash, while Peter Disera (Norco Factory) was 24th. 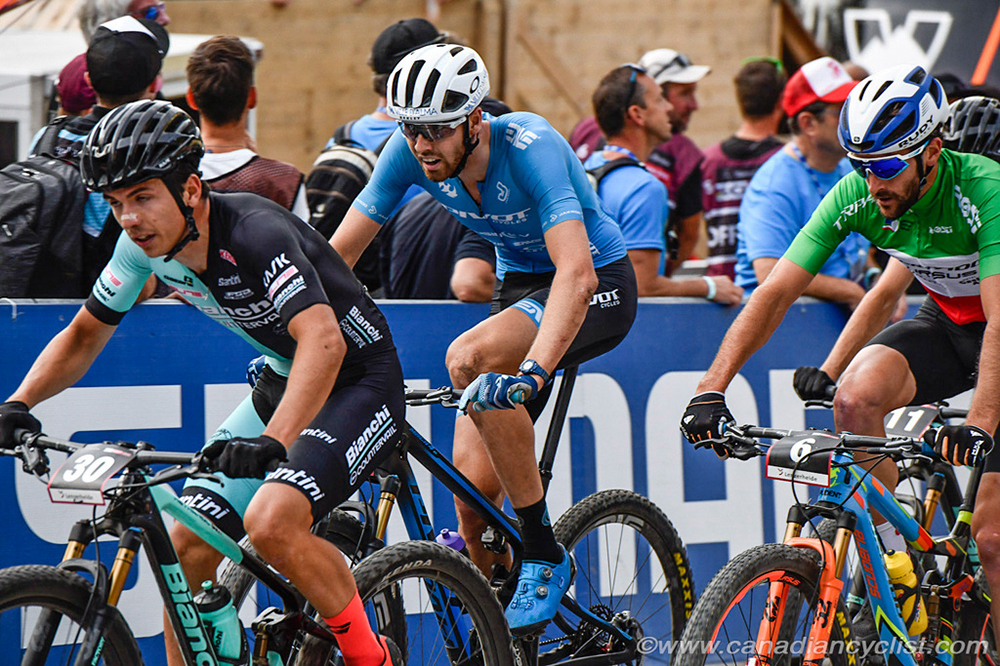 Held on a tight, twisty circuit at 1500 metres of altitude, a large group was still in contention with four laps to, before world champion and World Cup leader Nino Schurter (Scott-SRAM) accelerated.  Only van der Poel and Henrique Avancini (Cannondale Factory) were able to go with him, and van der Poel took over the pace setting for the final two laps.  In the final lap, Avancini attacked on a climb and van der Poel immediately countered, pulling away from the Brazilian to cruise across the finish line.  Schurter took third. 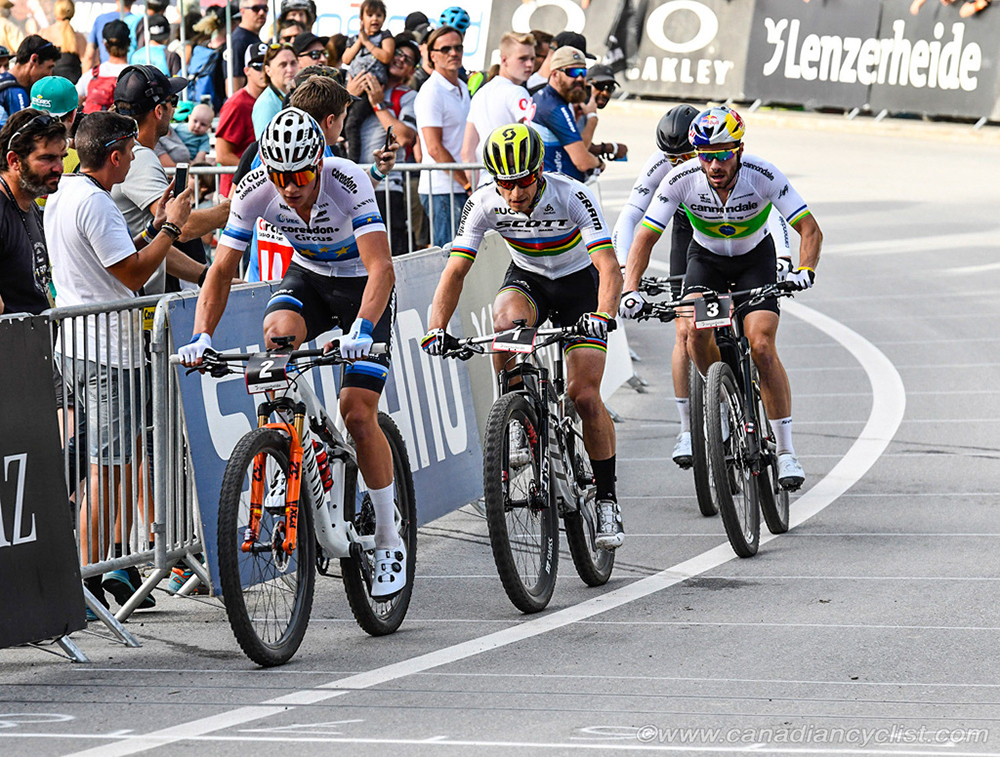 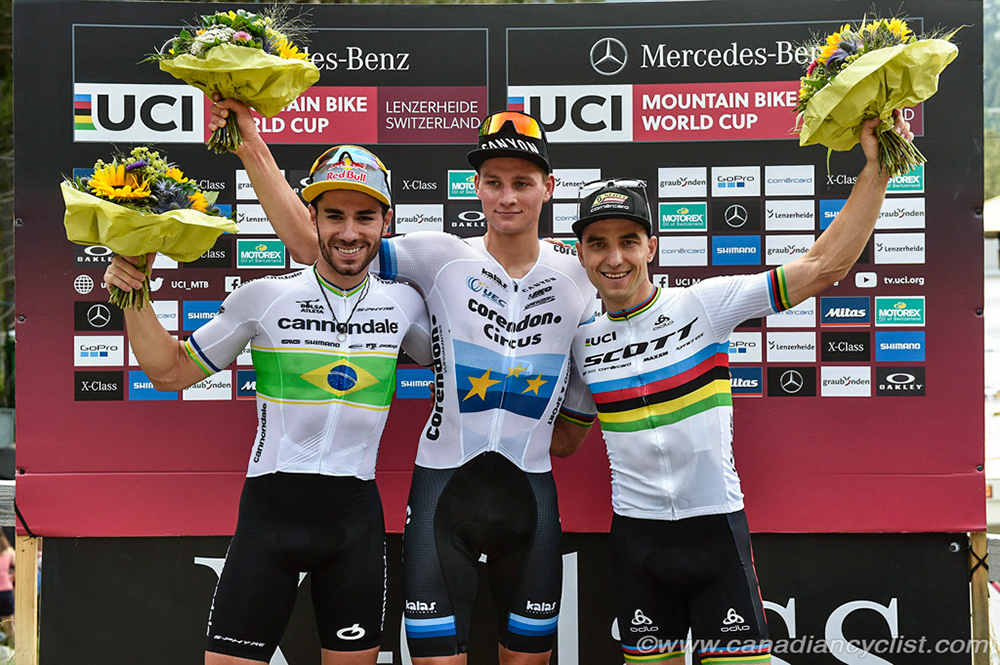 "It is a good feeling [to win so many short tracks], but every one has been pretty hard to win," said van der Poel.  "Nino was really strong today, and he did a different tactic than what I am used to from him; pulling all during the race and making it really hard.  I'm really satisfied with my season; I've made the step up to be with the top guys.  Winning two [XCO] World Cups so far and the European XCO championship; it's been a fantastic season for me on the mountain bike."

With his win, van der Poel has pulled to within 71 points of Schurter, with Avancini maintaining his third place in the standings.  Disera remains 16th overall, while Bouchard moves up five spots to 42nd.