Mathias Flueckiger (Thomus RN Swiss Bike) won a battle of climbers over Ondrej Cink (Kross Orlen) to take the third round of the XCO World Cup in Leogang, Austria, on Sunday. With his win, Flueckiger moves into the overall World Cup lead, taking the leader's jersey from the absent Mathieu van der Poel (Alpecin-Fenix).

Leogang has been a stop on the Downhill circuit for many years, but this is the first time the XCO World Cup has taken place here. Last Fall, it hosted the world championships, so riders weren't completely unprepared, but the long, steep climbs in the Austrian Alps quickly tore apart the fields.

Carter Woods (Norco Factory) was the top Canadian for the day, finishing fifth in the Under-23 men's race. He faded slightly mid-race before recovering in the final lap to set the only sub-12 minute lap of the race. Despite his result, Woods continues to lead the Under-23 World Cup standings. In the same category, Tyler Clark was 45th, Charles Antoine St-Onge was 66th, Victor Verreault was 68th, Jeremie La Grenade was 79th and Gunnar Holmgren (Pivot-OTE) did not finish. 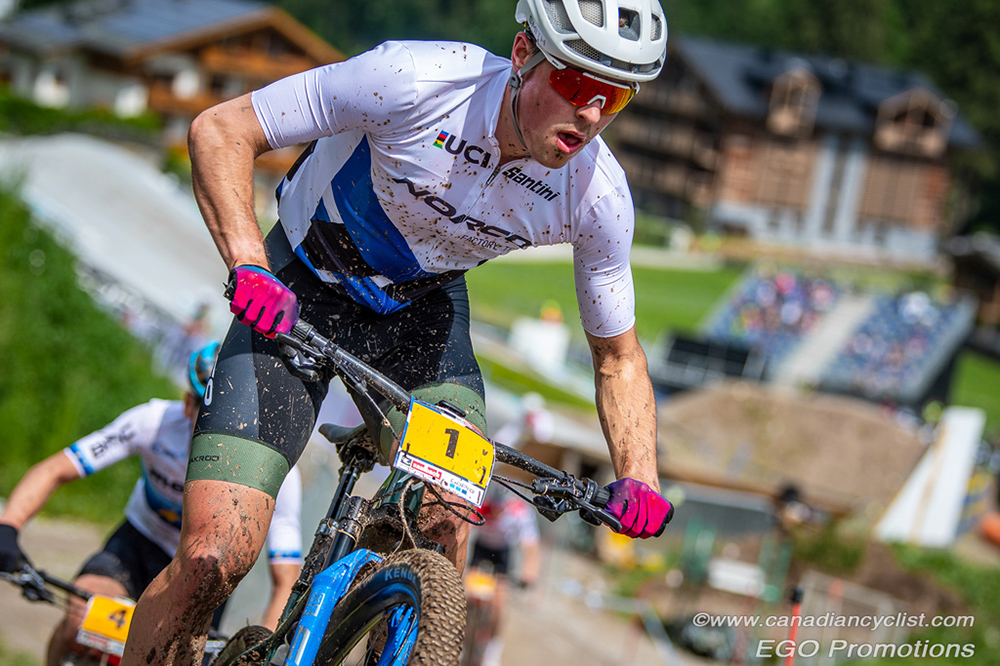 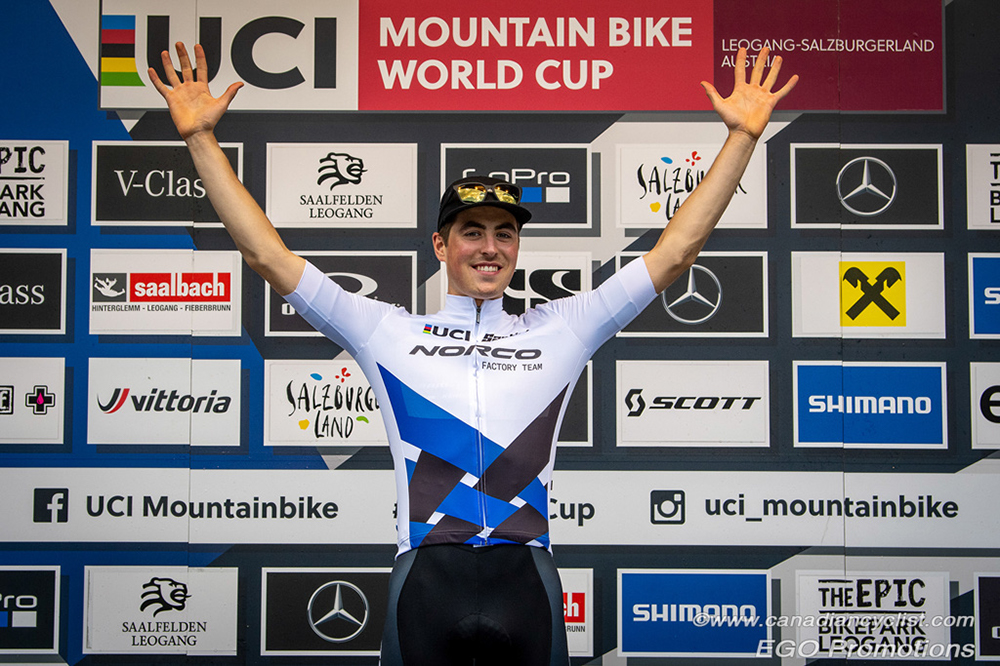 "It was a tough one for me," admitted Woods, "[my] legs were not there for the first laps. I managed to make a little surge on the last lap to stay in the leader's jersey. Not the race I was looking for but [I] will be ready for the next one!"

"It was a great day out on course.," said Disera. "Lots of climbing but the course was broken up nicely and had good flow. The descents were solidly tricky and still slick but nothing compared to when this course is wet. I went in with the plan to execute each section of course as best as I could. It was a great way to stay on task when the climbs were long. Although I was in touch with top 25 and unable to get there, I am quite pleased with 31st and take a lot of confidence knowing that things are moving in the right direction for the peak in late July!" 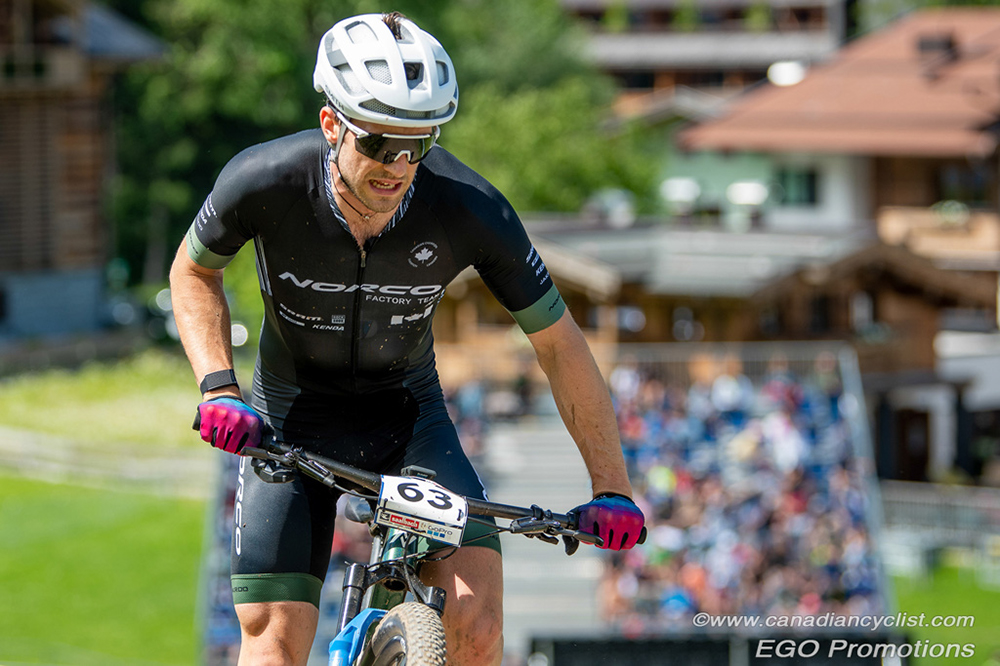 The six lap (plus start loop) race was wide open, given the absence of the top two riders in the World Cup standings - van der Poel, who is focussing on the road, and Tom Pidcock (Ineos Grenadiers), who is recovering from injury. The race quickly came down to three contenders - Flueckiger, Cink and Anton Cooper (Trek Factory). Nino Schurter (Scott-SRAM), looking to tie Julien Absalon's World Cup record of 33 wins, was never a factor after a poor showing in the Short Track relegated him to a fourth row start position; he would eventually manage to work his way up to tenth by the finish.

By the end of the start loop, Cink, Flueckiger and Cooper had a gap, with Cink powering the move on the long climbs. On Lap 2, Cooper had to back off, unable to match the pace Cink was setting, but Flueckiger was sitting comfortably on his rival's wheel. Cooper rode alone for the rest of the race to finish third.

Cink continue to set the tempo until the fifth lap, when Flueckiger, the winner of the Short Track on Friday, finally surged. After opening a small gap on the climb, the Swiss champion extended it on the descent, setting the fastest lap of the day and starting the final lap with a 14 second lead. He held the lead to the finish line for the fourth World Cup win of his career. His wins in both the XCC and XCO puts him 140 points ahead of Cink in the overall standings, with Round 1 winner Victor Koretzky (KMC-Orbea) holding onto third and former leader van der Poel dropping to fourth. 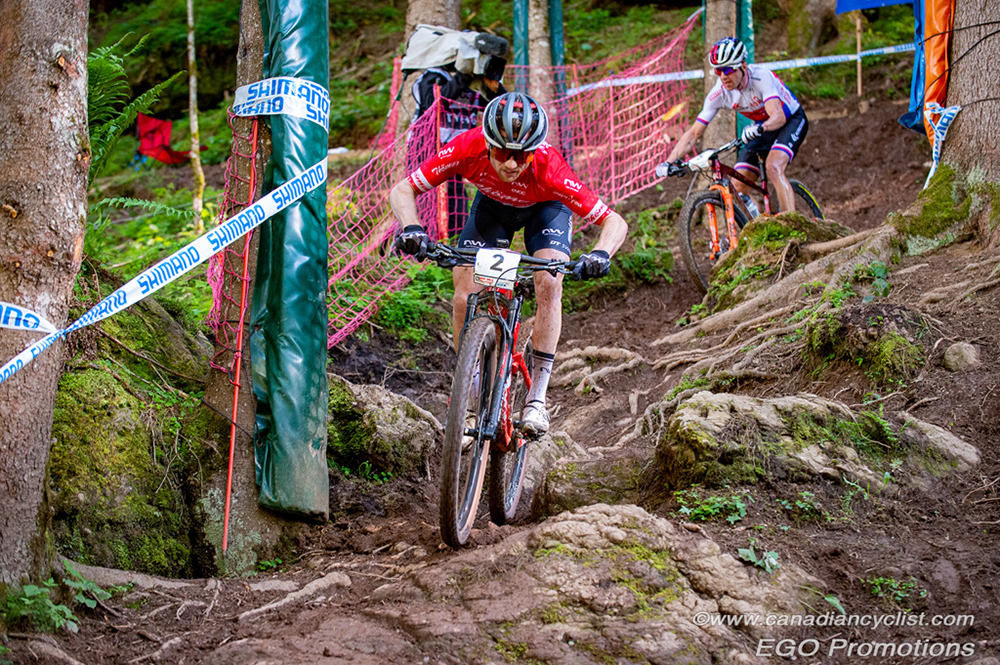 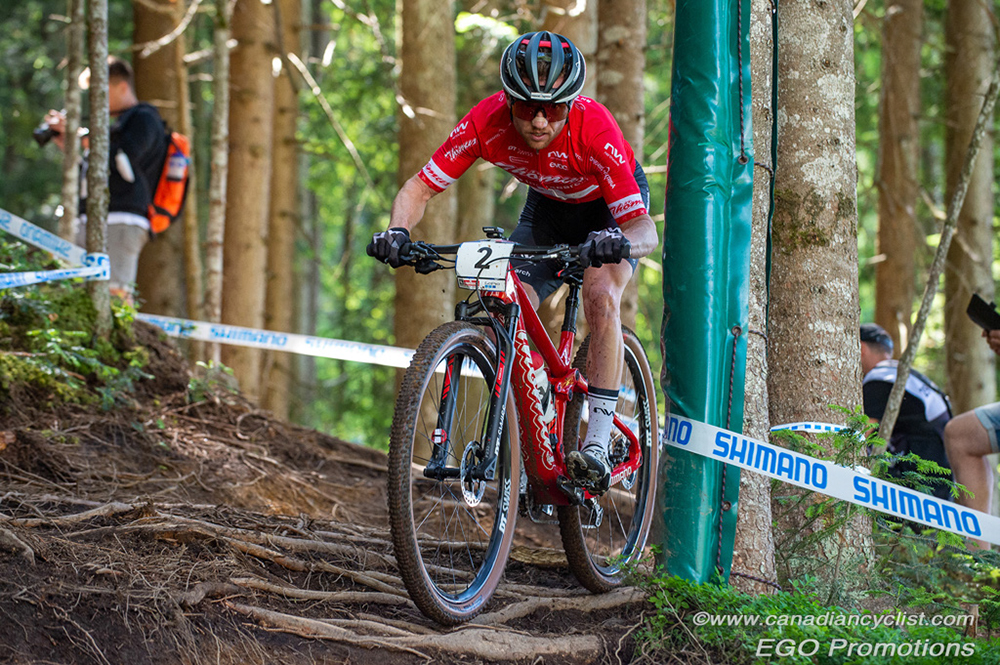 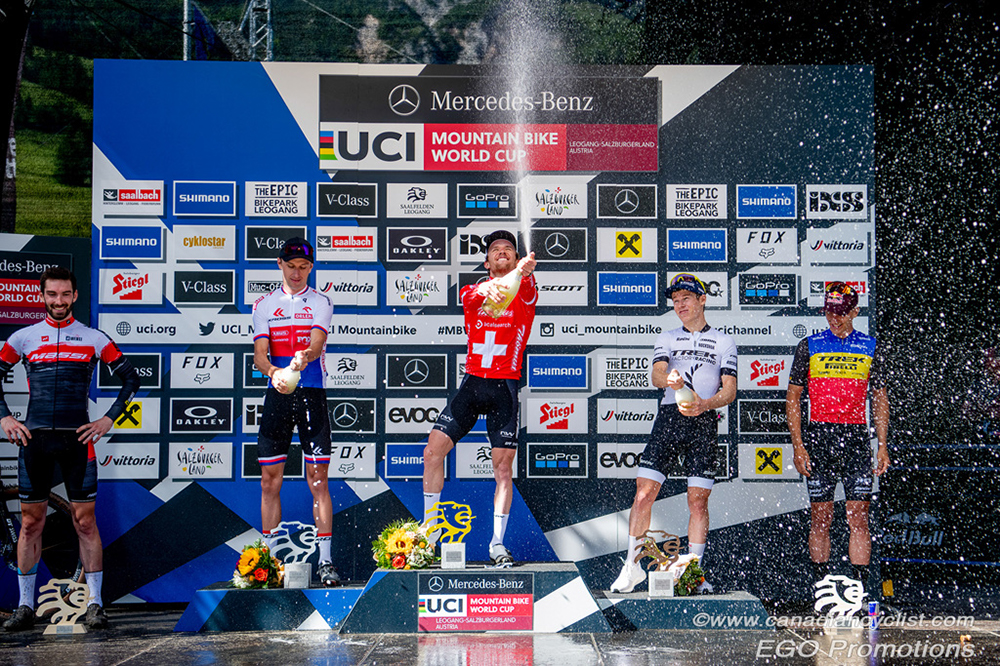 "I was still a bit tired [from the Short Track] in the early laps," admitted Flueckiger, "but more and more as the race went on my legs got better, and in the second last lap I was able to make a gap. On the long climbs he was maybe a bit stronger and I knew that I had to make an attack; in the early laps I was struggling to just stay on the wheel of Ondrej. But when I had the gap I was pretty confident I could go to the finish in the lead. I'm really happy with this win."

"It was a very hard race," agreed Cink. "I knew that this was a good course for me and I could do a good result here. I did my best, but in the end Mathias was a little bit stronger. He is faster in the downhill than me, so when he made a gap and pushed [on the descent] I couldn't catch him. He was better today and congrats to him."