Team France took the first rainbow jerseys of the 2021 Mountain Bike World Championships on Wednesday, in Val di Sole, Italy, completely dominating the Team Relay. The defending champions won a record seventh title in the event, breaking a tie with Switzerland in the standings. The USA came from behind to take silver, catching Germany in the final lap. Canada was tenth, racing for the first time in the extended field.

This the second year that the Team Relay has featured riders from all six XCO categories - men and women in Junior, Under-23 and Elite. The lead changed hands three times over the course of the race. 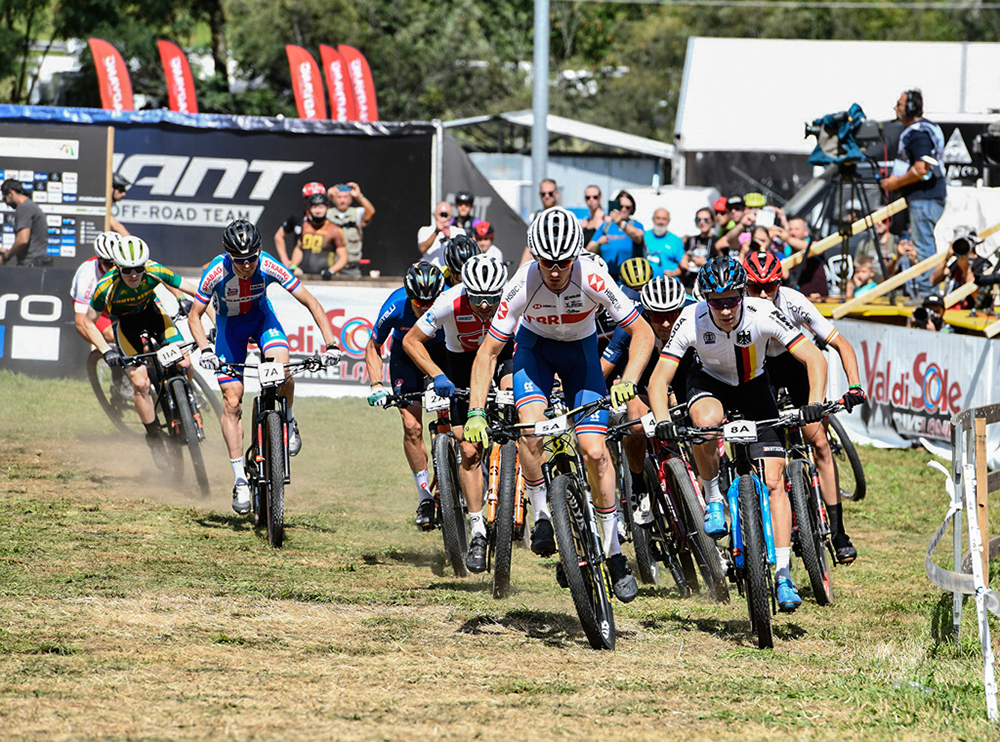 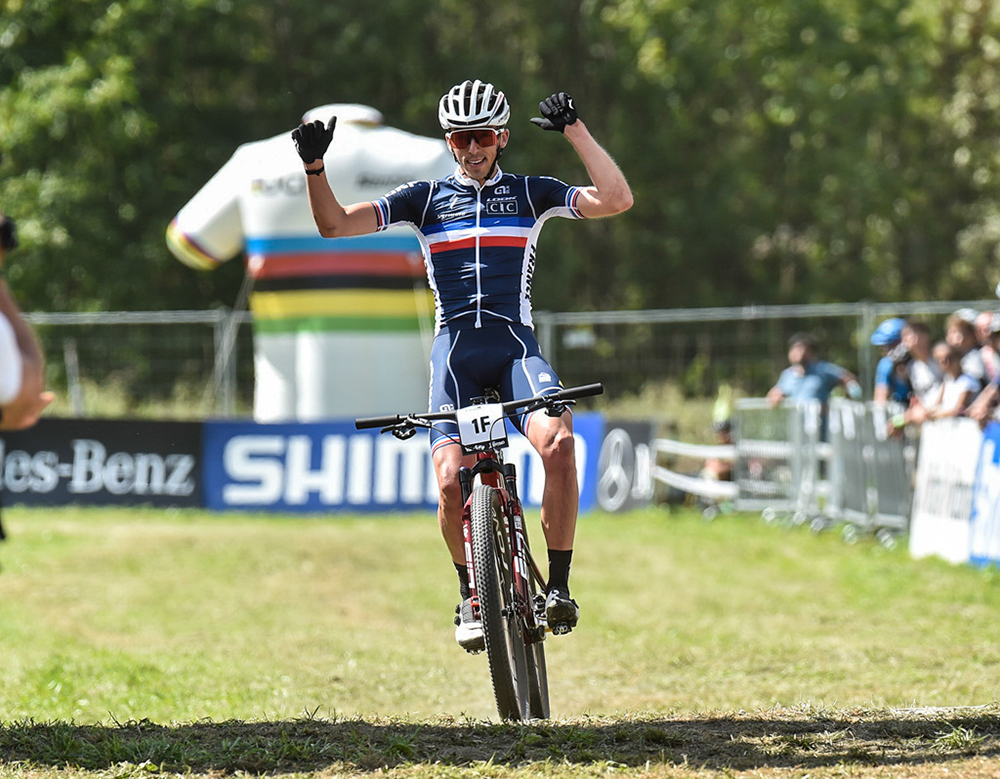 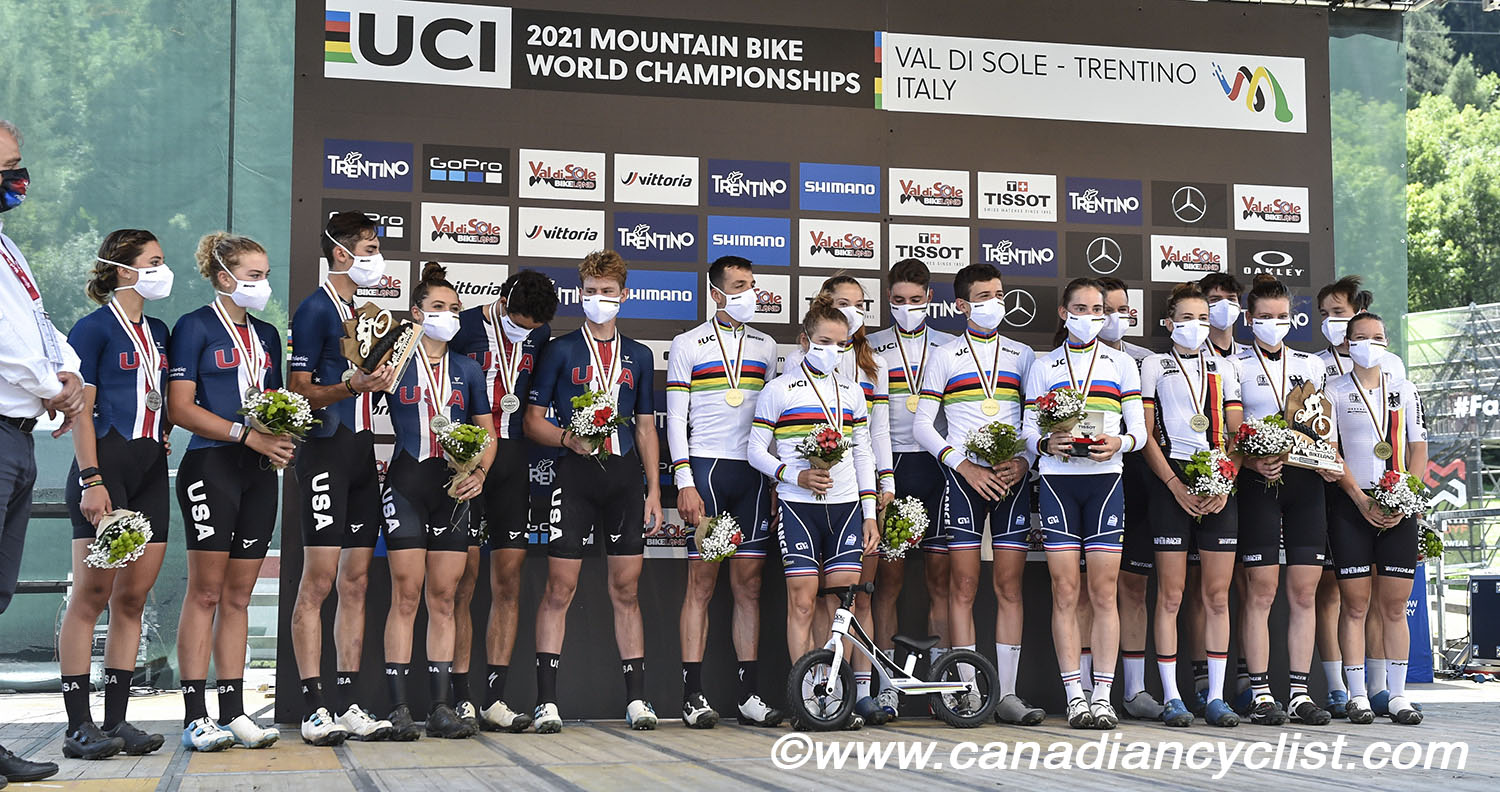 Team USA pulled out to an early lead on the strength of Elite man Chris Blevins, followed by Junior rider Brayden Johnson. However, on the third lap Sweden jumped to the front on the strength of the lap by Hugo Sandin (Junior men). Their lead wouldn't last long, as the french machine was just getting started. They took the lead with their fourth rider, Junior woman Tatiana Tournut, and then extended it with another Junior woman (instead of a U23), Line Burquier. After that, it was almost a formality, as current Elite world champion Jordan Sarrou was the final rider for France. 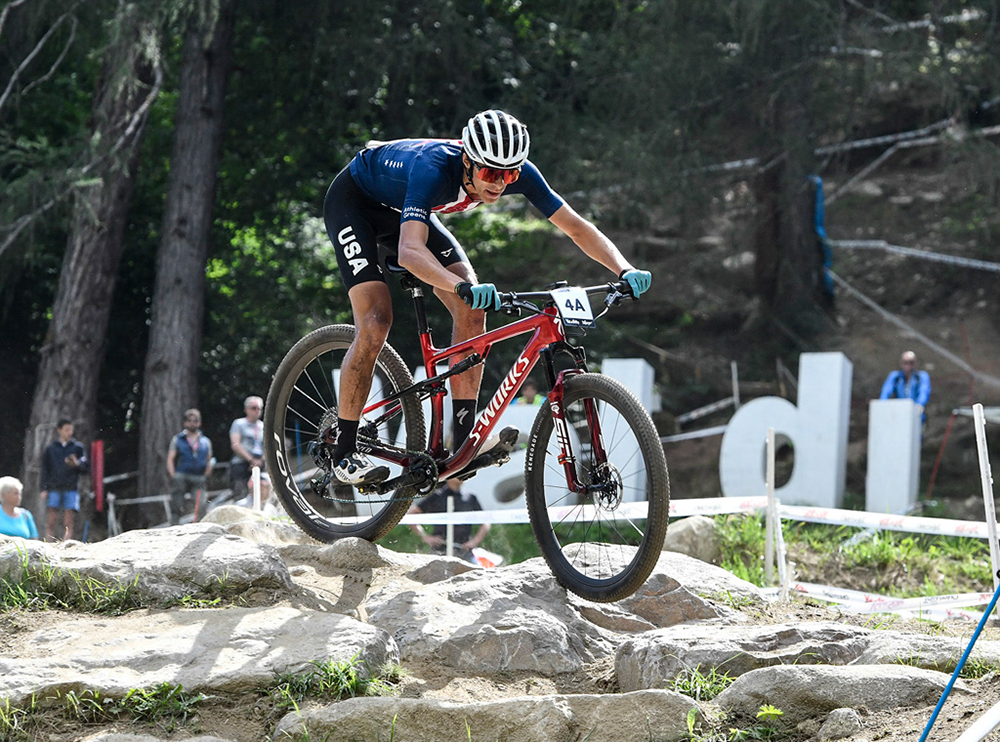 USA's Blevins in the lead

"It is a very good way to start the week," agreed Sarrou. "After some disappointment at the Olympics, I am very happy to keep this rainbow jersey, and my lap gives me some confidence for Saturday [the men's XCO]."

The U.S., after dropping to seventh by the end of Lap 4, then had two impressive rides to finish things off. 2019 Elite women's world champion Kate Courtney moved them back to third, 15 seconds behind Germany, with U23 man Riley Amos catching his rival, Luca Schwarzbauer of Germany in the final 300 metres and then out sprinting him on the final straightaway. Amos collapsed after crossing the finish line.

Courtney, who has struggled this season with injury, said "I think this is the perfect way to start off this week for me. It's been about getting back into my rhythm and finding my form, but also about finding the flow of this course. I think it is a perfect preparation for all of our riders to give our best later in the week in our cross-country races. And we got to do something great as Team USA."

Team Canada had a strong start with U23 man Carter Woods, who finished his lap in fourth place. The team then went to the two junior riders, starting with Zorak Paille, who had derailleur problems, dropping to tenth. Nicole Bradbury was up next, racing against mostly Elite and U23 women, and fell to 13th. Canada's fourth rider was Emilly Johnston (U23 women), who regained one spot, followed by Elite woman Jenn Jackson who took another spot, and finally by Elite man Leandre Bouchard, who also managed to overtake a rider and move Canada into the top-10. 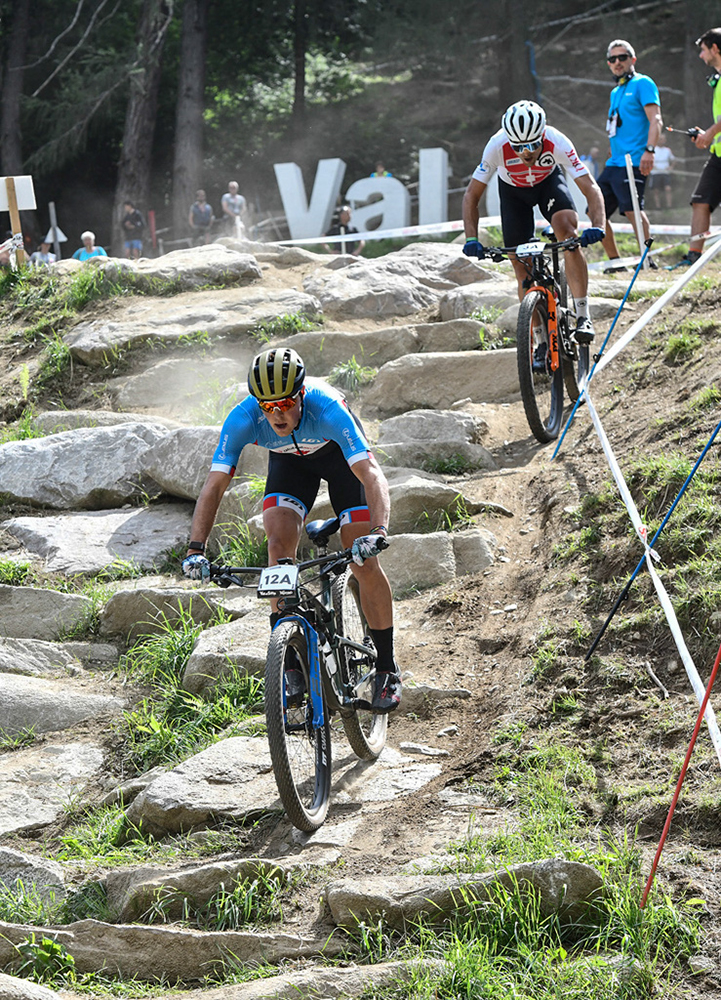 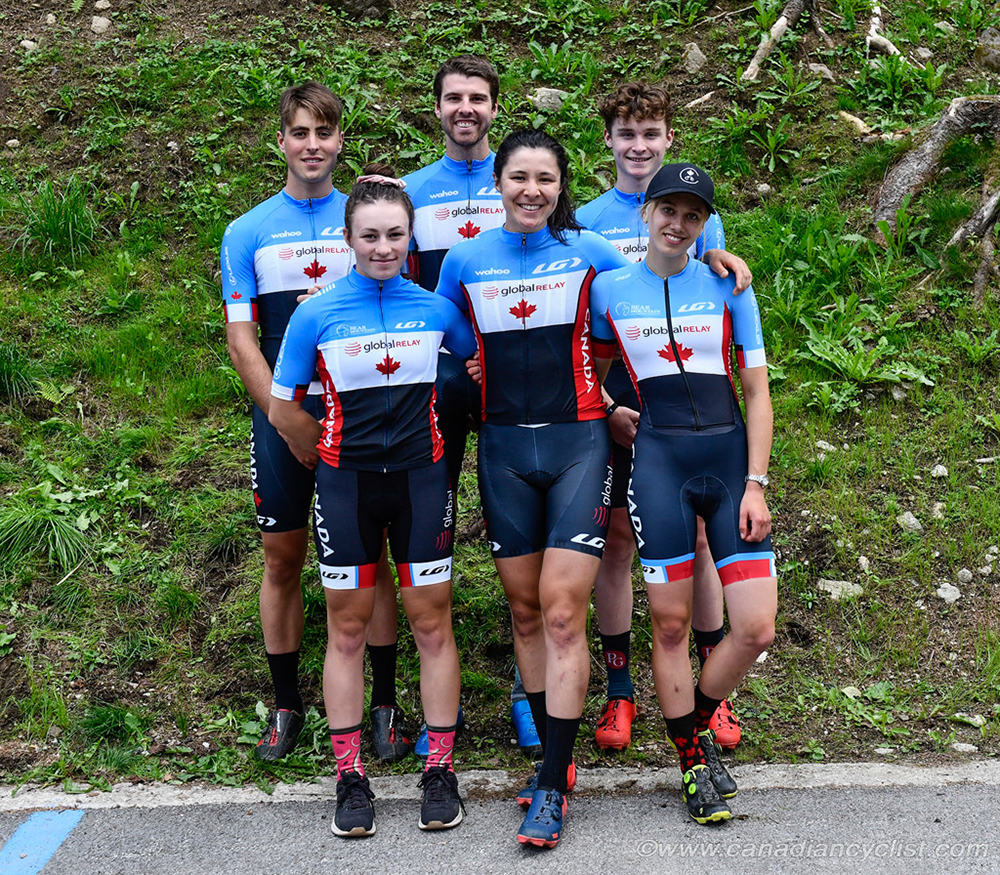 "It was a tough start with a couple of crashes," said Woods, "but I felt really good. I paced it really well and managed to get myself up to the front and had a steady ride to the finish."

"It was so fun," said Johnston, racing in her first Team Relay. "It was good to race with a whole group of people. I've never done it before, so it was so exciting and such an honour to be part of the Canadian Relay team."