Two hands on the bars are better than one. Kelly Benefit Strategies' David Veilleux was reminded of that the hard way, when he reached behind to place his sunglasses in his pocket and a pothole came up fast, throwing him and breaking his collarbone.

The accident happened in the hill country of San Antonio, Texas, where along with his Kelly Benefit Strategies teammates, Veilleux was wrapping up two weeks of intensive pre-season training. He underwent routine surgery March 6 to implant a metal plate and screws and will be recuperating in his native Quebec. He's expected to be out of commission for the Redlands Classic, March 23-26 and also the Tour of Uruguay, but he will make a return to the team April 18-19 for the Tour of Battenkill in New York.

"It's always disappointing when one of our athletes suffers an injury, but these things happen and I know that David will make a quick recovery," says Jonas Carney, Performance Director. "He's a tough kid - that's why we call him Le Carcajou. In English it means Wolverine. He may look cute and fuzzy, but Wolverines are aggressive and tenacious animals. When David returns to racing he'll be more dangerous than ever."

Veilleux's injury also follows on the heels of his first warm-up race of the season at the Lago Vista road race in San Antonio, Texas, where the team took their first win of their season in their first competitive race. While he recovers, the rest of the team will head to the Redlands Classic, Redlands, California, March 26-29.

"We're coming right off a great few weeks of training and a nice first win in our first outing of the season," adds Carney. "The rest of our guys are racing at the top of their game and we're more than ready for Redlands." 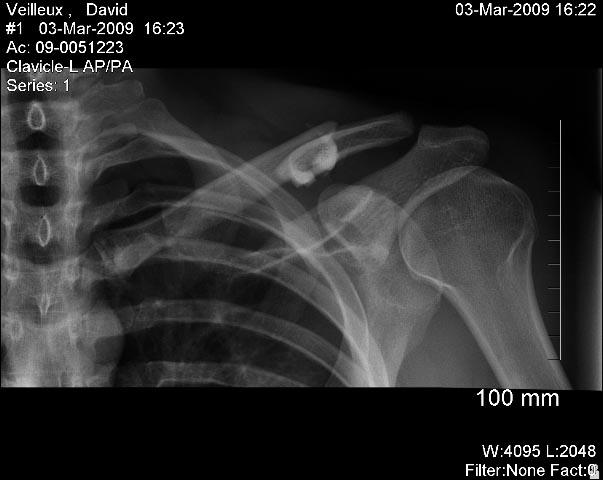