Pat Ferris made it two in a row by winning the Frozen John Roubaix race on Sunday. He won the 16 km hilly and snowy route with a time of 25:31 minutes. Gary Hilderman was second at 27:19 and Gord 'The Hammer' Harris third at 29:17.

2008 series winner Bob Andrews was fourth at 30:30 after a crash, and Barb Polehoykie fifth at 37:21, after some mechanical troubles.

The start was a balmy -13, which was the warmest start so far in the three race series. A steady falling snow made the circuit slippery, and the long 15 percent grade climb difficult. Only two riders managed to ride all of the steep climb on both laps. 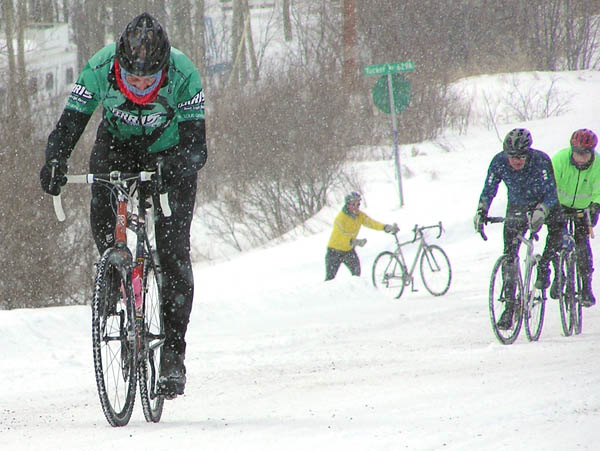 Next Sunday is the final event, which is the Two Rivers Roubaix, starting at the Baldonnel School at 2 pm.
www.ferrisfastcycles for details and pictures.