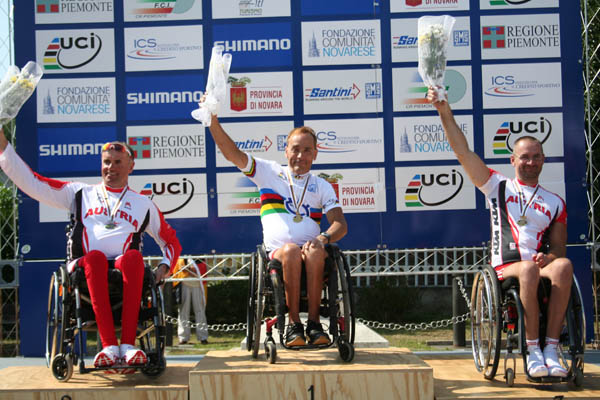 Labbé clocked the 9.7 kilometre race in 19 minutes and 23.13 seconds.  Wolfgang Schattauer of Austria was second 38.17 seconds behind and his compatriot Christoph Etzlstorfer third more than a minute slower than Labbé.

"I had a good start and that gave me a lot of confidence," Labbé told Sportcom.  "I’m not surprised with my result.  I was hoping for a top-three finish."

Rico Morneau of Ste-Martine, Que., and Mark Beggs of Montreal were ninth and 12th in their respective hand cycling races.

In the time trials for paraplegics and amputees, Mathieu Parent of Granby, Que., Éric Bourgault of Orford, Que., Arnold Boldt of Saskatoon and Mark Breton of Quebec City were ninth, 10th, 13th and 19th in their respective races.

Friday, it is the CP’s and the B&VI (Tandem) that will battle on the technical and challenging course of the Piemonte region.  Keep an eye on Marie-Claude Molnar (CP-4) and her two fellow CP-3, Jean Quévillon et Brayden McDougall as well as our tandems: Geneviève Ouellet et Mathilde Hupin, Daniel Chalifour et Alexandre Cloutier et Stéphane Côté et Pierre-Olivier Boily. 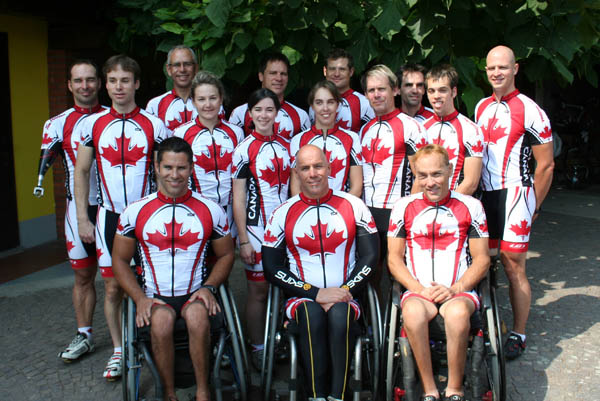