Men are on course and will race for 1 hour.  There are 37 on the start list

At ~ half way into the first lap.  Geoff Kabush (BC) Team Maxxis-Rocky Mountain is leading followed by a long line of riders.  Derrick St John (ON) Garneau Club Chaussure Oglivy sitting about 5th. Michael Garrigan (ON) had been up near the front but went into the pit to change his bike and is now sitting 12th

Kabush has opened up a gap of 12 seconds on Aaron Schooler.  Derrick St John  has moved up to 3rd

Trace has been honing his cross skills, after a season on the road, by racing the `Cross on the Rock series run by Normon Thibault and Wendy Simms, and according to Simms they have "taught him everything he knows" about cross.

Kabsh still leading with a gap on now 2 chasers:  St John and Trace who are at 14 sec back.  Schooler 4th at 23 sec

Buunin holding onto 5th but is being chased by a group containing Shaun Adamson (AB) Juventus, Craig Richey (BC) Blue Competition Cycles p/b Neverblue, Mathew Hewitt (BC) and Mike Garrigan (ON)

Kabush's gap is now at 26 sec.  Schooler has joined back onto the chase group of Trace and St John.  Next  rider, Bunnin in 5th, is over 1 min back 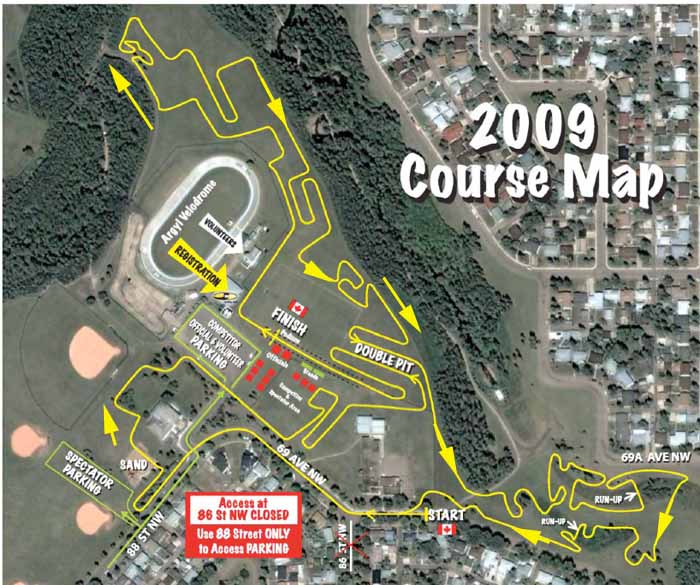