Day 1 results from the Paracyling World Championships in Manchester UK

The first day of the 2009 Para-cycling Track World Championships showcased the LC men's pursuit in the afternoon, with Canada being represented by Eric Bourgault (LC2) and Mathieu Parent (LC3).  The evening was highlighted by CP3 Men and B&VI Men racing the kilo after Marie-Claude Molnar acting as the Team delegate for the opening ceremony. 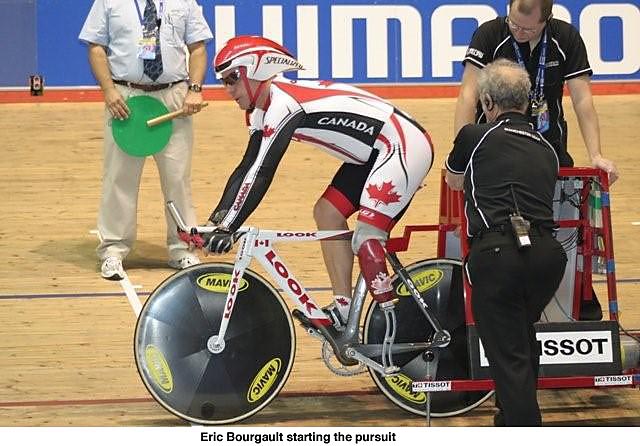 Eric Bourgault (LC2) had the difficult task to break the ice for the Canadian Team.  The ambiance and the excitement got him carried away starting out a little bit too fast but finishing strong, posting his second best time.  Mathieu Parent (LC3) posted a personal best time by 16 sec, finishing in 5th, missing the finals by 5 seconds.  Mathieu is attending his first Track World Championships and is showing a promising future. 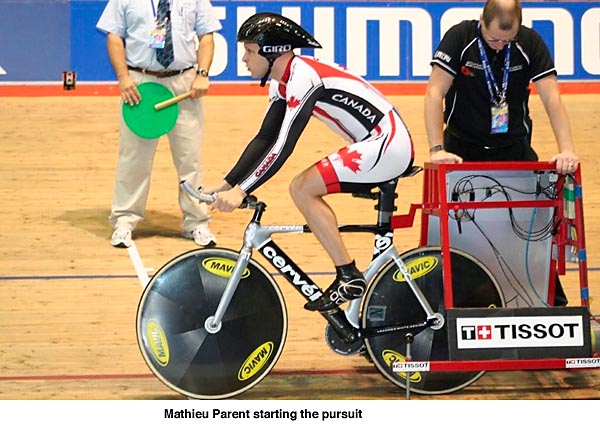 Brayden McDougall (CP3) also put up a good fight by achieving a second best time and improving his last track performance of May 2009, by 3 seconds.  The 2 tandem teams prepared for the kilo, confident and aware of their disadvantage in that discipline.  Daniel Chalifour has been showing great focus and ability to adapt as his long time pilot, Alexandre Cloutier could not attend the Championship because of an injury.  Luc Dionne, already a pilot with another visually impaired athlete in Canada, is here as a replacement and lined up for his first kilo with Chalifour.  They finished in a strong 5th position while teammates Tandem Cowie-Smibert finished in 9th, improving their last track performance achieved here, on the same track, last May.