The Canadian squad have arrived in Tabor, Czech Republic for the 'Cross Worlds, which take place Saturday and Sunday. Canadian Cyclist will be there for live coverage, starting Friday afternoon, but team manager Matt Knight has provided the following update and photos to be going on with: 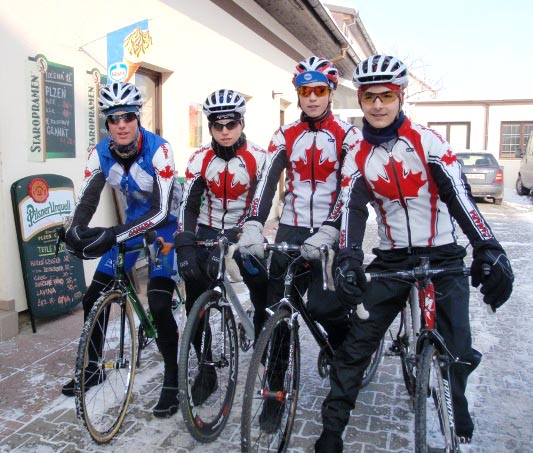 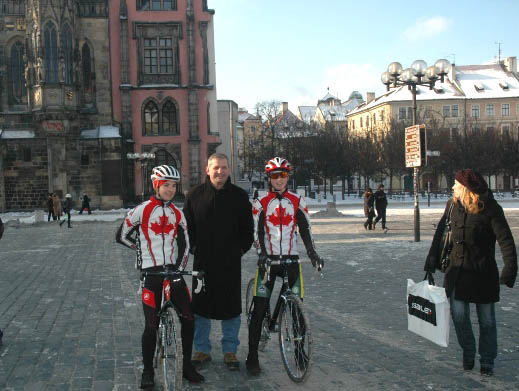 The Canadian Cycling Association is pleased to announce the team representing Canada this weekend at the 2010 UCI Cyclo-Cross World Championships. All the athletes have arrived safely in Tabor, Czech Republic. The Junior Men and Under 23 Men will compete on Saturday January 30th. Vicki Thomas will compete on Sunday in the Elite Women’s race.

Current conditions in Tabor are very cold (-9 C and colder) with plenty of snow on the ground with more light snow in the forecast.

PLEASE MAKE A DONATION
There is still time to help support the team and alleviate some of the financial burden on the athletes. Donations forms are available or e-mail Matthew Knight at matthew.knight@canadian-cycling.com for more information. Tax receipts are issued for donations of $10 or more. All proceeds go directly towards covering the athlete’s expenses. The Canadian Cycling Association would like to thank the following individuals/groups for their generous donations to the Canadian cyclo-cross team: