Arnold Boldt received a great honour as the first Paralympic athlete to light the Paralympic Torch Relay.  In an official ceremony on Parliament Hill, Boldt lit the Torch in front of an impressive panel of guests, including the Honourable Stephen Harper, Prime Minister of Canada. 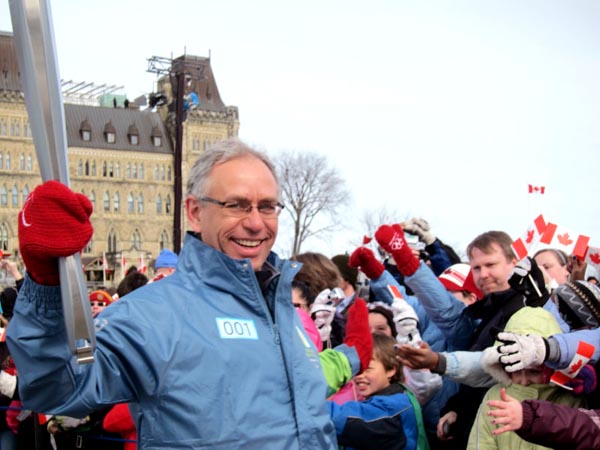 Boldt has met the National Team qualifications for 2010, and is currently training under National Para-cycling Coach, Eric Van den Eynde.

To showcase the different winter and summer Paralympic sports, the Canadian Paralympic Committee invited a number of athletes from different sports to attend the beginning of the Torch Relay, and represent their equipment and sport.  Road and Track Para-cycling Worlds medalist Marie-Claude Molnar acted as a strong ambassador for Para-cycling, and came away from the event filled with higher Paralympic dreams.

The Paralympic Torch will be held by three more para-cyclists during its journey towards Vancouver:

• March 10th, Vancouver: Brayden and Larry McDougall (father), para-cyclist (cerebral palsy).  Brayden is a 2008 Paralympian and is aiming for his second Paralympic Games in London 2012.