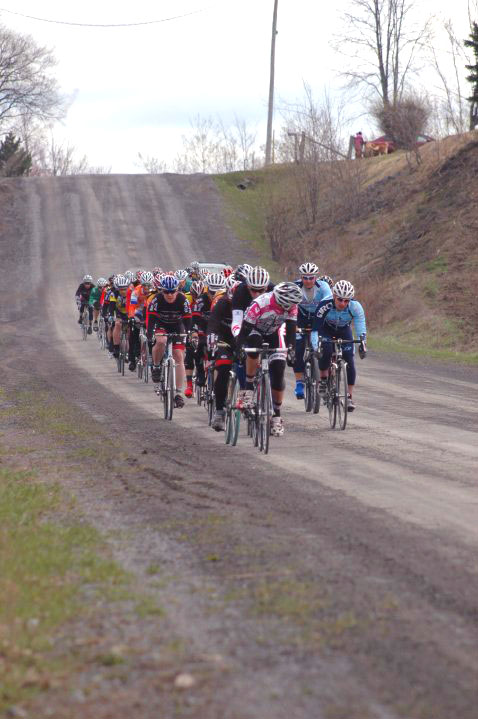 147 riders took part in the inaugural Clarence-Rockland Classic, hosted by Ride with Rendall and the City of Rockland this past Sunday. With the mayor of Rockland calling the start of the race, riders took off for an 85 kilometre mix of gravel and paved roads. In true classic tradition, the wind and terrain played havoc with the field, whittling it down to a front group of 25.

Eventually, a breakaway of six formed with Casey Roth, Osmond Bakker, Luc Mahler, Derrick St.John, Marc Boudreau, and current national champion Aaron Fillion. With approximately 20 kilometres remaining, Roth attacked, but was quickly caught and lost contact. Fillion then countered and soloed in to take the win. Behind him, things got shaken up when St. John and Boudreau flatted out, and Roth caught back on to the remaining two, Mahler and Bakker. The three charged to the final hill, but the drama continued when Bakker dropped his chain and lost contact with Mahler. Mahler took second, with Bakker third, ahead of Roth.

A two-up sprint highlighted the finish of the women's field between Karol-Ann Canuel and Cynthia Wilson. Wilson attacked Canuel on the final hill only to be rejoined in the closing kilometres. Canuel took the win over Wilson, and Jenny Trew came in third. 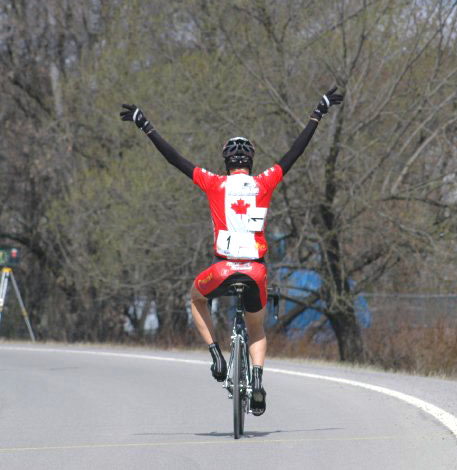