The cross-country teams get a week off in the UCI Mountain Bike World Cup, as the focus shifts to the first Gravity event of the 2010 season at Maribor, Slovenia.  Maribor first appeared on the World Cup schedule in 1999 and, while having hosting cross-country events, is primarily known as a Downhill and 4-Cross venue.  For 2010, Maribor will host round two of the 4-Cross series and the opening event in Downhill competition.

Maribor is known for fast courses that make good use of the local terrain, particularly rough, rocky sections and rooty, twisty runs through woods.  For 2010, both the 4-Cross and Downhill courses will look familiar to riders, with minor changes only.  On the 2500 metre downhill course (448 metres vertical drop), the riders have been re-routed to a different line through the rock garden, while the main change on the 4-Cross circuit is the removal of the banked wall riders used to hit halfway down.  However, it has been raining, which is expected to continue through the weekend.  This has turned formerly fast, tight lines into muddy, slippery ones, particularly near the finish where construction of a new gondola has turned the area into a quagmire. 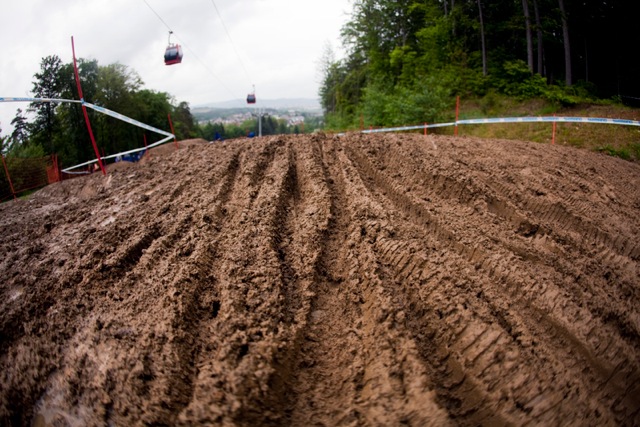 In the Downhill, one big name will be missing from the men's competition - defending Maribor champion Fabien Barel of France, who recently broke his leg in training.  The rest of the top pros are expected to put on a fierce battle in the effort to become the first rider of the season to don the World Cup leader's jersey.  On the women's side, Rachel Atherton (Commencal) is returning to competition after missing the 2009 season due to a training accident pre-season.  She will be up against world champion Emmeline Ragot (Suspension Centre) and defending World Cup champion Sabrina Jonnier (Maxxis-Rocky Mountain), who won in Maribor last year.  On the men's side, the Santa Cruz Syndicate duo of Greg Minnaar and world champion Steve Peat will go up against Chris Kovarik (Chain Reaction), Gee Atherton (Commencal) and the always competitive Sam Hill (Monster Energy-Specialized).  Hill will be racing for the first time this year after a mysterious injury kept him out of early season competition.  In timed training, in the mud, top riders were turning in 3:12 - 3:15 runs - roughly 10 seconds slower than in the dry last year. 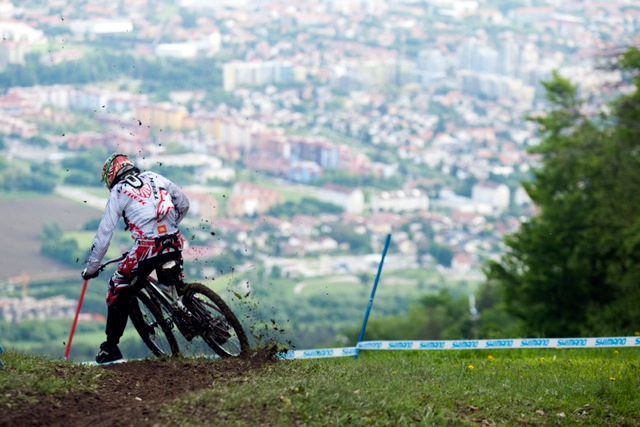