We've been sitting on this for a few days, since nothing official 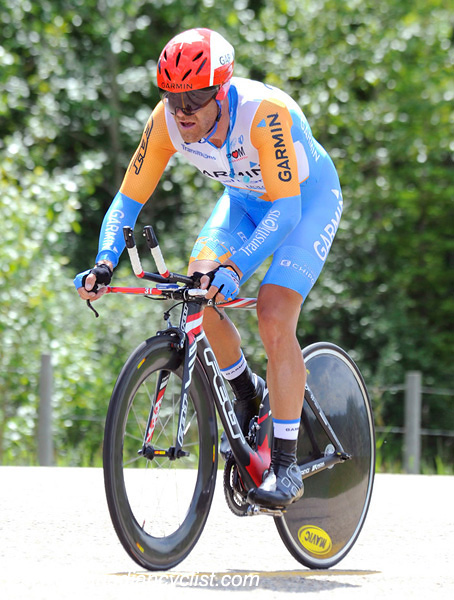 but now that the rumours are out on the web, we can confirm that Svein Tuft will be leaving Garmin-Transitions at the end of the season to join Fly V Australia, which hopes to move up to the ProTour ranks.  We can also report that his team mate Christian Meier will be going to UnitedHealthcare presented by Maxxis.

Garmin-Transitions is undergoing some siginificant changes for next season, with Cervelo coming on as a co-sponsor and bringing in a number of riders from the soon to be defunct Cervelo Test Team.  Tuft was reportedly asked to stay with the new team but decided to move to Fly V Australia, where he is likely to be one of their key riders.

One rider from Cervelo who does not yet have a confirmed ride is Dominique Rollin, who was not included in the list of riders transfering to the new Garmin-Cervelo squad.  The new combined team will therefore have only one Canadian rider - Ryder Hesjedal - despite Cervelo being a 'Canadian-based' company.