Another gorgeous sunny day in St Wendel and that sun is warming up the surface of the course and making section very slick. On the first lap a crash on the run up took down Marianne Vos (Netherlands) and blocked a number of others allowing Hanka Kupfernagel (Germany) to get away.  The bunch chased hard to catch her forming an elite group off the front.  Katherine Compton ( United States of America) is not there but is moving up fast.

Now as they head to the out onto lap 2 there is a group of 8 away with 7 seconds on the field:  Vos, Kupfernagel, Compton, Nash, Van Paassen, Ferrier-Bruneau,

Elliot is well back

Compton has now gone to the front with Vos Nash and Van Passen on her wheel.  Kupfernagel at 5 seconds.  Next rider is nowhere in sight.

Compton has kept up the pressure.  Vos falls again on the run up, so she is feeling the pressure.Kupfernagel is back on the front group but is struggling.

A chase group of 5 is forming, but they have a lot of ground to make up.

Compton is decimating the field.  Now 3 at the front Katherine Compton ( United States of America), Marianne Vos (Netherlands) and Katerina Nash (Czech Republic).  Sanne Van Paassen (Netherlands) at 13 sec and Kupfernagel at 16 sec.  Compton at the front doing all the work .  She HAS to get rid of Vos, she has a poor sprint compared to Vos.  Compton is ridin everthing well, the other 2 are bobbling in spots, so Compton is keeping the pressure on.

Elliot has dropped back into the low 20's

The 3 are still at the front and the gap to Kupfernagel in 4th is now 20 sec, Jasmin Achermann (Switzerland) at 36 sec

Nash has now taken over the lead, Vos in 2nd and Compton 3rd as they head to 1 lap to go.

Vos now takes over the lead and is picking up the pace.

Vos is still away and her gap is growing.  Compton and Nash are too busy watching each other?

Compton has dropped Nash and Kupfernagel is moving up on Nash 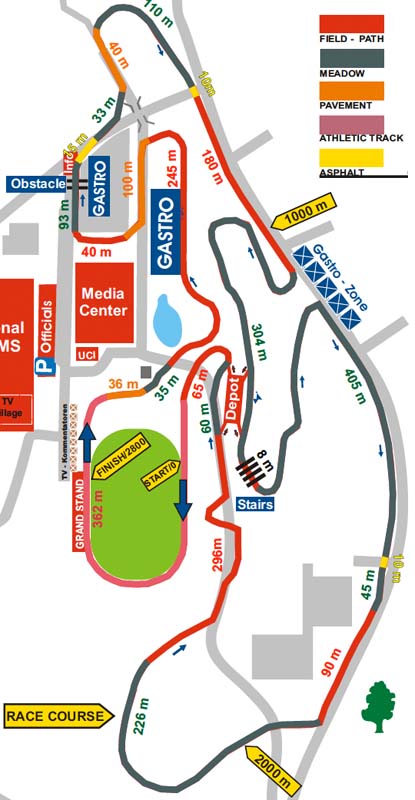