The BC Bike Race (BCBR) would like to welcome to this year's event Brian Lopes, four time World Champion, six time World Cup Champion and nine time U.S. National Champion; an international cycling icon. This will be the fifth running of BC Bike Race, July 2-9.

Brian Lopes is known primarily as a gravity rider - DH, 4X and Slalom - but the fact is he just loves to ride his bike. BC Bike Race has pushed hard to create an event that every mountain biker in the world wants to ride, Brian is a leader in his discipline but the allure of so much singletrack has him stepping out for the pure pleasure of great trail. 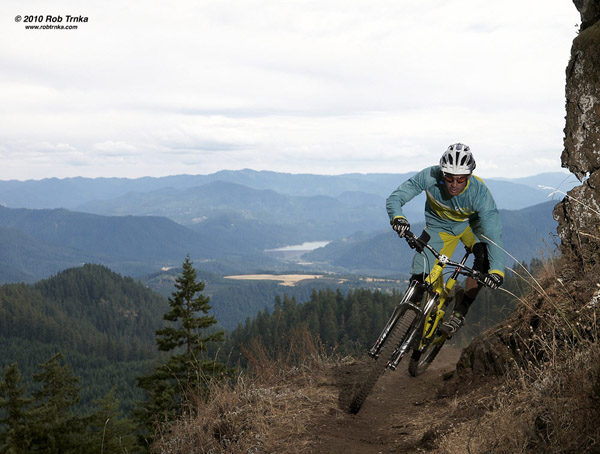 Brian's thoughts on this upcoming challenge; "BC bike race, wow!  I never thought I would say I'm looking forward to doing an XC stage race, but I am.  I've heard nothing but great things about the course this year and although I am not expecting any great result, I am expecting an experience that will last a lifetime.  Seven days of riding sweet single track, four ferry transfers, over 30,000 ft of climbing, it all sounds fun and exhausting.  Finishing this event is going to be tough, but usually the best things in life are...time to start putting in some longer consecutive rides than I'm used to."

In its five years BC Bike Race has attracted many different types of cyclists: Olympians such as Geoff Kabush and Katharine Pendrel, World Champions such as Chris Eatough and Tinker Juarez, but always the majority are weekend warriors, those who come not to conquer but to challenge themselves.

The shape of the event has changed over the years from long point to points to full singletrack loops in amazing communities. It is the feedback from all of these different groups of participants that has been instrumental in delivering the best week of riding possible.

While the BCBR prides itself on being the singletrack epic that sets the bar for 'trail', the philosophy of inclusion and "everyone can do it" is exemplified by their 'Challenge' course; half the distance, all of the fun.

The event sold out in 2010 and is currently at 83% - BCBR is on target for another sold out year. This year as last year, BCBR will have only 500 coveted spots available, so plan for the vacation of a lifetime, come join us for 2011.