The Hamilton Cycling Club is proud to announce its first-ever H.C.C. Racing Team Supercharged by Central Cycle and East Side Mario's (Upper James, Hamilton), a talented squad of riders aged 16 to 20 years who are hungry to compete in the 2011 season.

Members of the HCC Racing Team include:

The Hamilton Cycling Club has gone through many major changes over the last few years and many more ahead, with the team being one of the latest. We wish them the best of luck for the 2011 season. 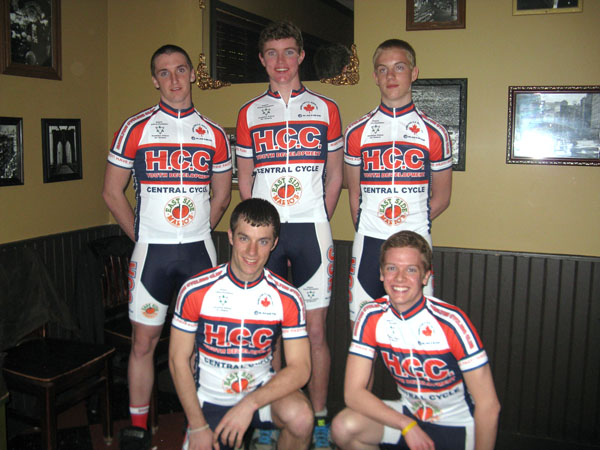