The first World Cup titles of the 2011 season were awarded today in Pietermaritzburg, South Africa, with the 4-Cross competition.  Anneke Beerten (Milka Trek) of the Netherlands became the first to don the women's leader's jersey and Australia's Jared Graves (Yeti Fox Shox) took the men's lead.

The small women's field of eight riders meant that there was only a semi-final and then straight to the podium round.  Anneke Beerten, after qualifying first, ahead of world champion Anita Molcik, rode away from the rest of her heat to cruise into the Final.  She was joined by Fionn Griffiths (Team GR), Céline Gros (Morzine-Avoriaz/Haute Savoie) and the Swiss rider Lucia Oetjen.  Missing from the medal round was Molcik, who struggled in her semi-final heat, and had to be content with winning the small final for fifth.  Beerten again rode away from her competition in the final, while Griffiths and Gros battled for second, with Griffiths just pulling away at the end. 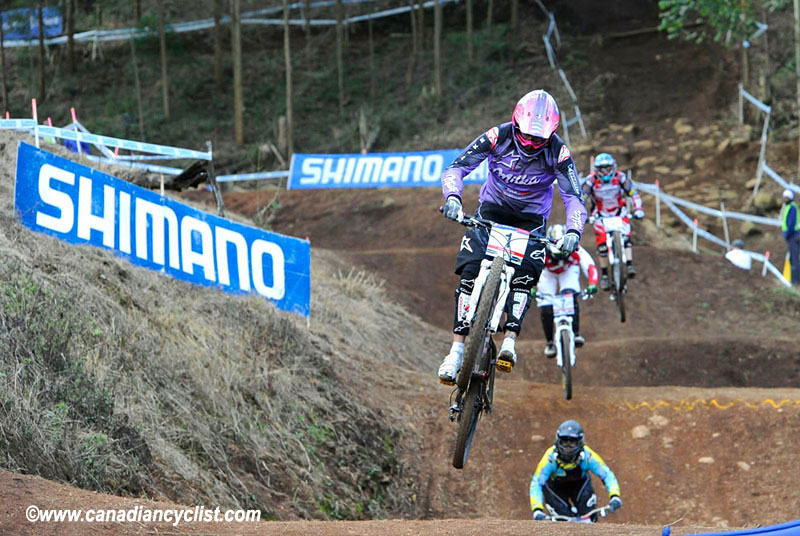 "I felt so much pressure," said Beerten.  "[It's] another year, and all the girls are racing really well.  This track is so hard and so fast, so to win the first round is just the best.  I am stoked!"

The key factor was to enter the first corner in the lead before hitting the rock garden, and Graves did that consistently through each of his four heats.  If you were in front, you also missed the crashes that occurred behind, one of which took out world champion Tomas Slavik (RSP 4 Cross) in the second round. 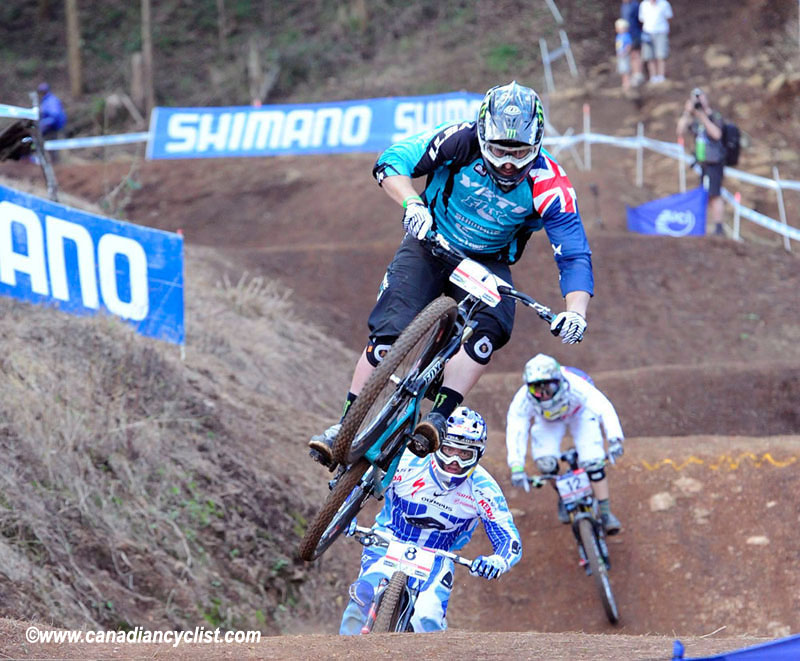 Graves was joined in the Final by Michal Prokop (Specialized), Johannes Fischbach (Ghost) and Michal Marosi (RSP 4 Cross), but none of the others could match his speed out of the gate.  Prokop fought off a late charge by Fischbach to take second.

"[My run] was pretty good," commented Graves.  "I hit the gate a bit on the final, a bit anxious to get going, so my start wasn't the best.  I just concentrated on getting the power down. I knew all my lines, I was comfortable with them.  It got a little sketchy on one of the jumps in the third straight. I'm really happy with this start of the season."