"It was an epic day...we had a plan as a team to win the road race today and I am so proud of this victory for Canada.

I had a gap on the rest of the field after the first twisty descent.  It was less than 10kms into the race and after a rider from El Salvador (Evelyn Garcia) bridged up to me, I thought the breakaway would make the American team chase and set up my teammates to attack.  Never did I think the breakaway would succeed.

It was hot, hilly and grueling, and I was cramping up really badly halfway through the race.  I ate and drank as much as I could to make the cramps go away and kept thinking 'you can't lose this race for the team!'. It gave me a lot of strength and motivation knowing my teammates were working hard behind.

In the last climb I attacked my breakaway partner hard and went as fast as I could on the descent to get a gap on her, and managed to hold it to the line. It was a team victory and I'm satisfied but exhausted. I've never cramped up in a race and had to go through that kind of pain." 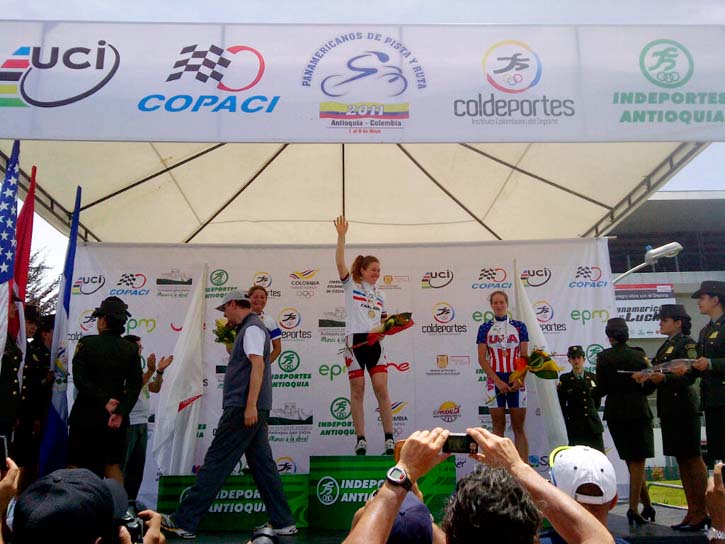