Less than 24 hours after arriving home from the Pan Am Cycling Championships in  Medelin, Colombia, Monique Sullivan was back on her 'home' velodrome in Calgary. However, this time it was not as a competitor, but rather as a guest instructor helping to run a 'learn to ride / race the velodrome' program (otherwise known as Velodrama) hosted by the bicisport Calgary Bicycle Club, and the Calgary Bicycle Track League. 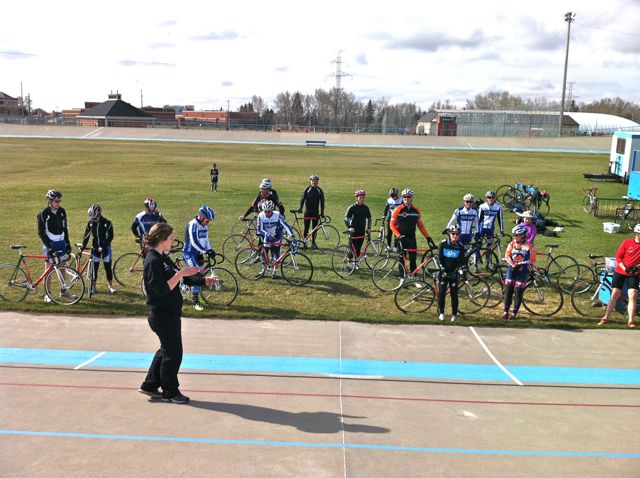 Monique did a super job teaching the rules of the track to a large, enthusiastic group, who ranged in age from 12 to 59. The morning session was followed by a fun 200 metre sprint session and eventually wrapped up with a series of exciting match sprints. 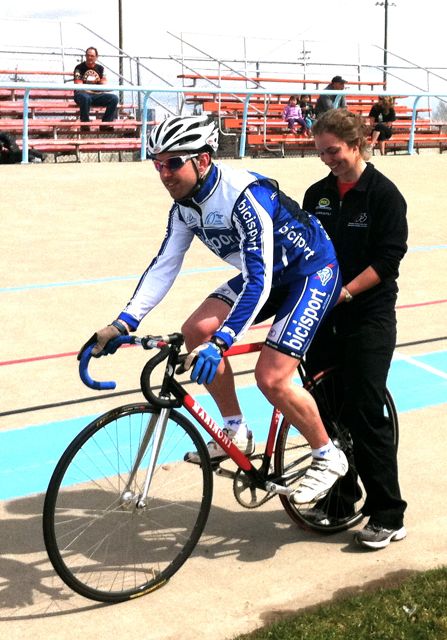 Thanks go out to James Purdy of Campione Cycle (Calgary) who acted as chief mechanic, bike-fit technician, race coordinator, and main sponsor, generously donating prizes to each an every participant. Special thanks to all the volunteers who helped out, and a HUGE 'shout-out' to Monique for generously giving back to the track cycling community in Calgary. 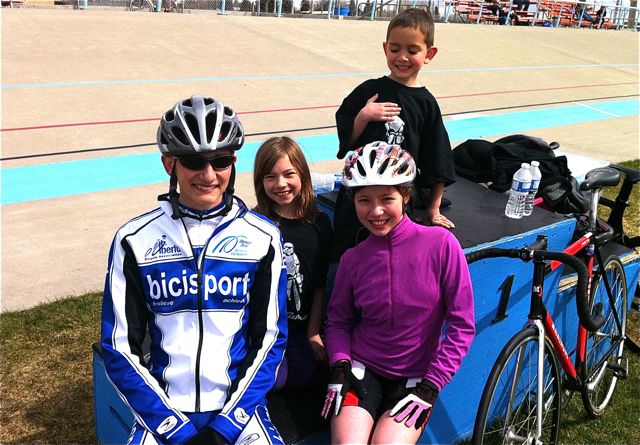