Racers Overcome Hail, Thunder, Flooding… and a Pig at Race the Ridge

Over 165 racers braved steady rain on Saturday morning to challenge the 22km individual time trial in Golden Ears Provincial Park, Stage One of Race the Ridge presented by Local Ride Bike Shop – a three-event cycling race in Maple Ridge in which the rider with the shortest combined time of all three competitions was declared the overall winner.

Despite the poor weather, the stage race received the highest rider attendance in the event’s nine-year history, said race organizer and Local Ride Bike Shop owner Barry Lyster. “The Cat 3/4 men’s race sold out, we had the strongest Cat 3/4 women’s field ever, and the youth race was competitive and is continuing to grow,” he added.

The Maple Ridge-based Local Ride/Dr. Vie Superfoods+ Elite Women’s Team made its debut with the full roster on scene and won every one of the three stages in the Cat 1/2 women’s category, while Vancouver-based Garneau Evolution swept the top four general classification spots in the Cat 1/2 men’s category.

On Saturday afternoon the skies unleashed a hail, thunder, and lightning storm for the hallmark downtown criterium, which led to a flood on Haney Place, an integral part of the 800m race course.

“In a lot of ways, it was pretty amazing we were even able to save the crit,” said Lyster of Saturday evening’s stormy race. “We had to change the course when it flooded, then change it back when it drained. It was good to have all this unexpected help and the slight break in the weather so we could let the flood drain for the Cat 1/2 men’s race.”

Lyster referred to the unanticipated help of Maple Ridge Councillor Linda King, who came equipped with gumboots to help clear the flooded road. King was seen wading in the knee-deep puddle as she attempted to unclog the storm drain.

“We were lucky to have the support and understanding of the racers, who knew the tough situation we were in,” added Lyster. Unfortunately, due to the flood delay, the Cat 3/4 men’s race was cancelled.

“The riders made the call due to safety,” said Lyster. “They were standing in the rain waiting to start, and at a certain point, they just got too cold.”

The top men were back on the long course for the final race of the evening, a 45-minute rush consisting of 45 bikes and riders attempting to out-fox and out-sprint one another on the slick roads of the Maple Ridge downtown core. In the end, it was Port Moody’s Scott Laliberte (Westwood Cycle/Cannondale) who took first place, nipping Cody Canning (Trek Red Truck presented by Mosaic Homes) at the line. 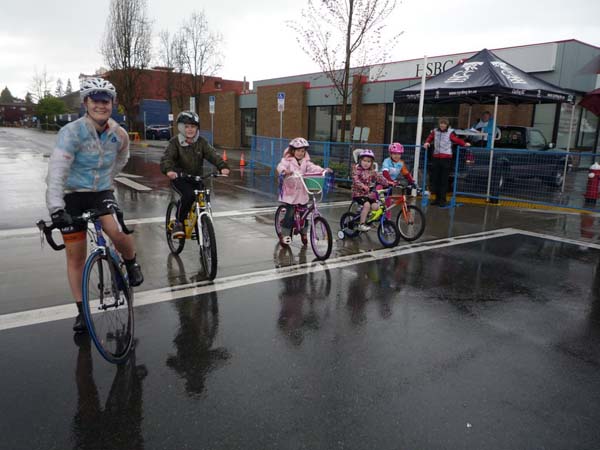 The nastiness didn’t hold Maple Ridge’s youngest racers back, with die-hard children on little bikes braving the downpour in the kid’s race. 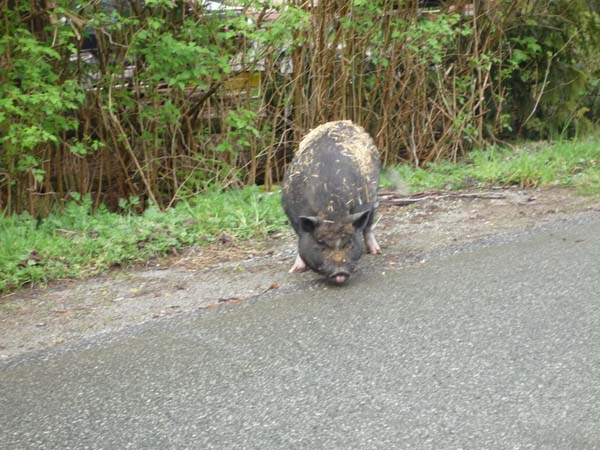 The rain held off for Sunday’s Thorn Hill road race, giving the riders some respite until a pot-bellied pig made its way onto the road during the 40km Cat 3/4 women’s race. Despite the moving obstacle, neither the pig nor the riders were injured, although Shawn Wenger (Balance Point Racing), who finished second in the race, did have a run-in with the animal. Wenger finished second overall after all three stages were said and done. The only woman to best her was time trial winner Karen Birkenhead (CVC Cycling), who rode away from her competitors on the first lap of the road race and never looked back, eventually gaining over five minutes on Wenger. 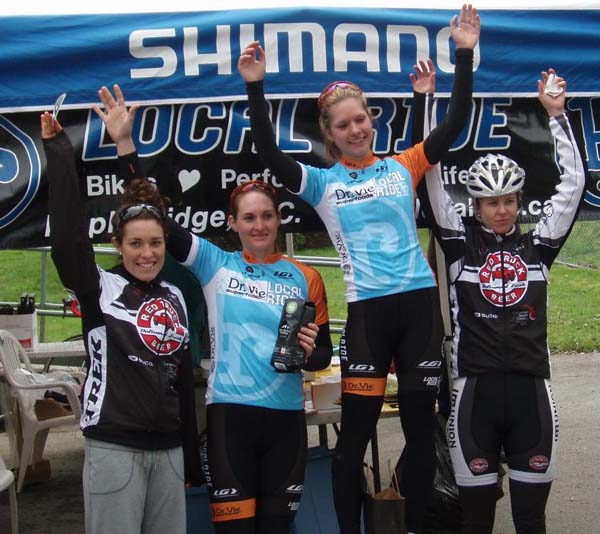 In the Cat 1/2 women’s category, every stage was won by a different Local Ride/Dr. Vie Superfoods+ Elite Women’s Team rider, demonstrating the sheer depth possessed by the squad. Jasmin Glaesser of Coquitlam won the time trial and eventually earned the 2011 Race the Ridge title after placing second in the criterium and third in the 70km road race, which was won by Jenny Lehmann of Vancouver. The team also snagged second place overall, courtesy of Jessica Hannah of Kelowna. Annie Ewart (Trek Red Truck Racing presented by Mosaic Homes) of Victoria managed to prevent a complete Local Ride/Dr. Vie Superfoods+ sweep with a third-place finish after three events. 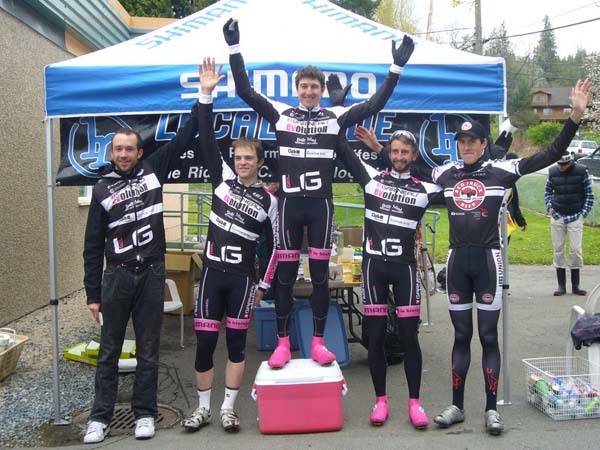 The Cat 1/2 men’s competition saw domination to an even greater degree, with the Garneau Evolution squad sweeping the top four spots in the GC. However, other teams managed to score the glory in the form of individual stage wins, with Trek Red Truck presented by Mosaic Homes rider Dave Vukets taking top honours in the time trial, Laliberte winning the crit, and Canning out-sprinting Vancouver’s Alistair Howard (Garneau Evolution) at the line in the exciting 100km road race.

“All in all, it was an eventful weekend, and the riders and spectators saw a lot of excitement,” said Lyster. “I’m pleased that so many competitors came out and got to experience just a few of the many fantastic cycling options that Maple Ridge has to offer.”

Thanks to all the volunteers and sponsors who made the race possible.