Everyone has pretty much arrived in South Lake Tahoe for the start of the Amgen Tour of California on Sunday.  The weather was nice today, however, all the talk is about the expected snow for Sunday.  Reports are calling for everything from cold with a few snow flurries up to 10-12 cm.  Race organizers are remaining tight lipped on contingency plans, but the most commonly held view is that they will either run backwards for the second half of the course (cutting the race length in half), or do a prologue in South Lake Tahoe. 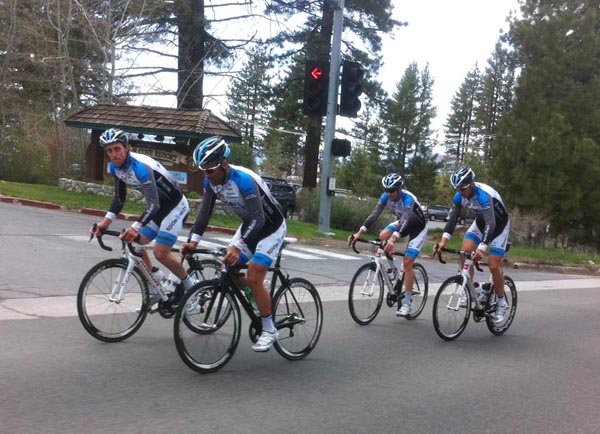 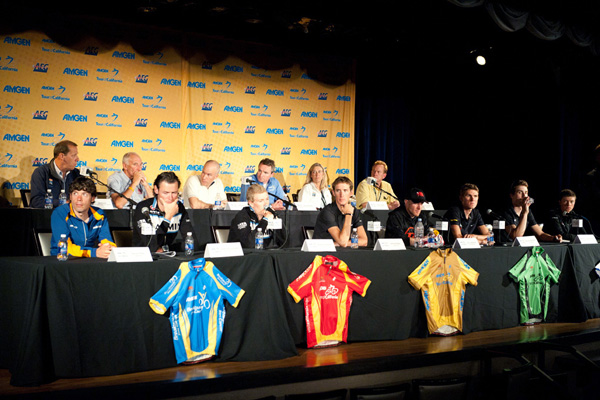 Some other brief notes:

- The media contingent is well down from previous years due to the 'Lack of Lance'.

- Again, the chief commissaire is Canadian - this time Pierre Blanchard from Quebec.

- The mood in the press conference was somewhat somber, with much attention on rider safety, after the recent death of Wouter Weylandt.  Andy Schleck, from the Leopard-Trek team of Weylandt, commented that the team is still in shock, but decided to continue racing.  The team intends to wear black armbands during the race.

- The first stage (should it take place as scheduled), takes the riders around Lake Tahoe from south to north in a clockwise direction, one and a half times before cutting away to the north to finish after a Category 4.  It will be 197 kilometres in length.

- Tejay Van Garderen from HTC-Highroad made the bold pronouncement that he is a strong contender to win.

- Tomorrow (Saturday) the teams will be doing their final recon of the stage, and we will get some comments from riders. 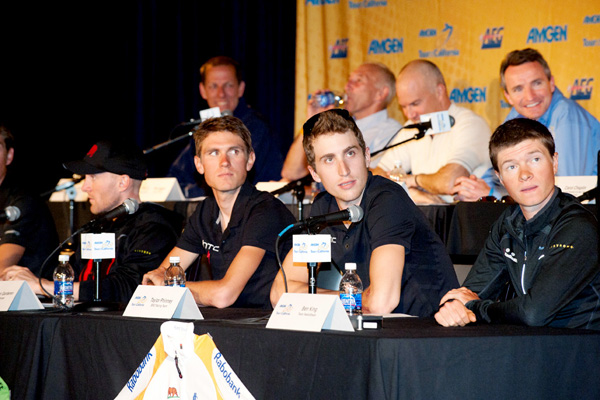