Appearing for the second time on the World Cup calendar, Dalby was a favorite with the riders last year, offering a technical and physically demanding course.  This year, the course has been shortened slightly, however, organizers have managed to retain all of the technical features that thrilled spectators.  Set in a national forest in the northeast of England, near the town of Pickering in Yorkshire, the Dalby circuit has been shrunk to just over six kilometres, in keeping with the UCI mandate to shorten races while keeping a reasonable number of laps. 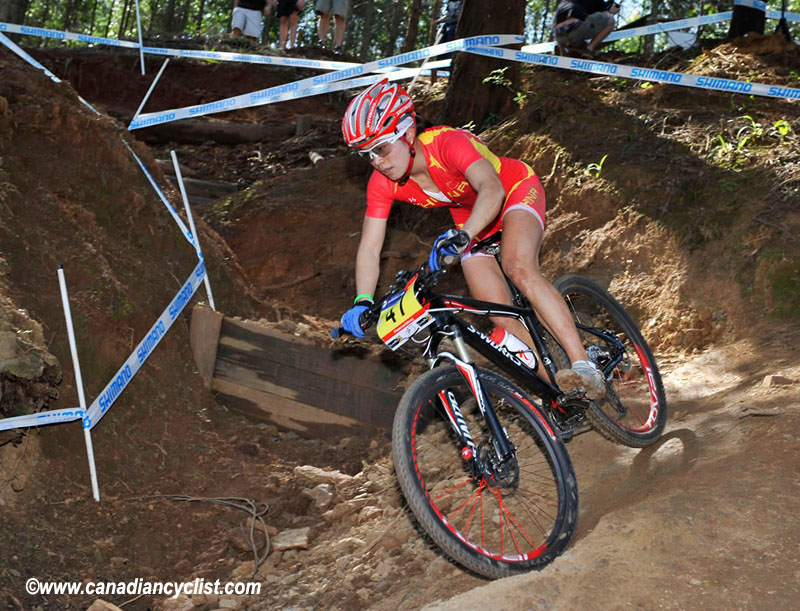 In Pietermaritzburg, Chinese star Ren Chengyuan returned to competition after a two year absence to literally ride away from the rest of the field.  While Ren said in Pietermaritzburg that she would be doing the European rounds of the World Cup, one never knows until she actually shows up on race day.

The young French star Julie Bresset (BH-Suntour-Peisey Vallandry) made a strong move to the Elite ranks in South Africa with a second place result behind Ren, after leading for the first half of the race.  However, we can also expect to see increased competition from Russia's Irina Kalentieva (Topeak Ergon) and 2010 World Cup champion Catharine Pendrel (Luna), who both said that they were still building form in Pietermaritzburg.  All of these riders will resume their fight for the World Cup title in Dalby.  Other Canadian women taking part are: Emily Batty (Subaru-Trek), Marie-Hélène Prémont (Maxxis-Rocky Mountain), Mical Dyck, Amanda Sin both riding for Team Canada.  Mikaela Kofman, and Laura Bietola are riding U23 for Team Canada. 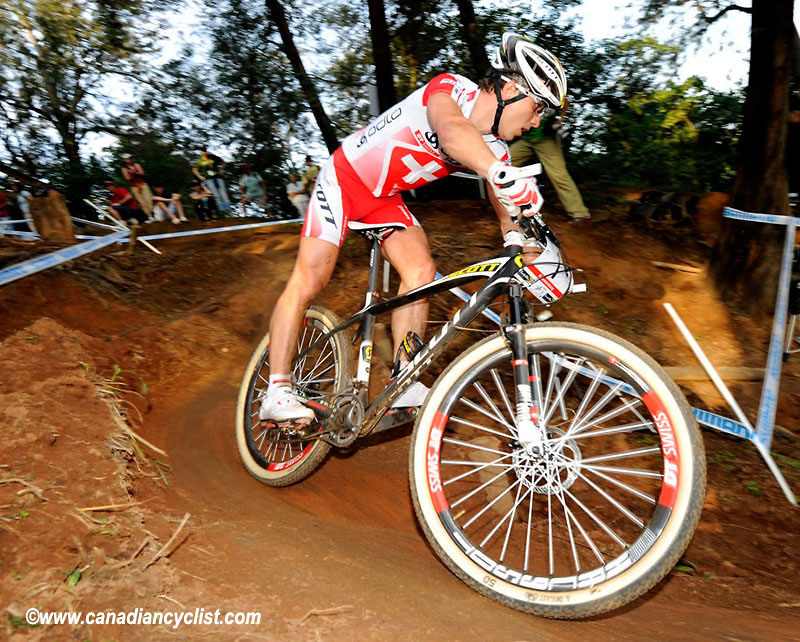 Nino Schurter starts with the #1 plate in Dalby

The Elite men's opening round saw a fierce battle between world champion Nino Schurter (Scott-Swisspower) and Julien Absalon (Orbea) of France, with the Swiss rider taking the first round victory.  This duo have been head-to-head for two seasons now, and Schurter beat Absalon in a sprint at Dalby in 2010.  Others to watch for include Jaroslav Kulhavy (Specialized) of the Czech Republic (third in Pietermaritzburg) and world champion Jose Hermida (Multivan Merida).  The Canadian men signed up for the Elite race are:  Geoff Kabush (Maxxis-Rocky Mountain) , Derek Zandstra, Andrew Watson, Max Plaxton, Raphaël Gagne, all Team Canada

Dalby will feature separate races for men and women in both the Junior and Under 23 categories; a new feature introduced for this year by the UCI.  The Juniors and Under 23 men will race on the Saturday, while the Under 23 will race on Sunday, the same day as the Elites, but in their own event.  Canada has a significant contingent of U23 Men racing on Saturday - Francis Morin (BH-Suntour-Peisey Vallandry), Antoine Caron and Evan McNeely, both Team Canada.  There are no Canadian Juniors at the event.

Also returning to Dalby is the highly successful Eliminator street race through Dalby.  This short urban mountain bike race has been introduced for the Cross-country World Cup venues, and takes riders through back alleys and down staircases in a heat series.  Joining the cross-country riders in this event on Friday evening will be the Downhill World Champion and World Cup leader Tracy Moseley (Trek World Racing) for the women, and legendary 4-Cross rider Brian Lopes of the United States for the men.