The new Eliminator series in the Mountain Bike World Cup had a highly successful debut at the Dalby World Cup on Friday evening.  Twenty six women and 42 men took part in the qualifying time trial, with all of the women and the top 32 men moving on to the Heats competition.  Nathalie Schneitter (Colnago Arreghini Sudtirol) took the women's victory and Paul van der Ploeg (Felt Oetztal X - Bionic) the men's.

After later afternoon rainshowers threatened to impact the event, the skies cleared up and the roads dried out just before the start.  Held in the north Yorkshire town of Pickering, the course took riders on a winding up-and-down course, through a church cemetery and down a set of stairs.  The key was a strong start in the top two positions, since passing was difficult.  Thousands of spectators came out to watch, lining the finishing uphill straightaway.

In the four rider heats, Moseley, her British team mate Annie Last and Katerina Nash (Luna) looked to be the strongest, but Schneitter was more consistent.  Moseley rode to set up her team mate Last in the semi-final ride, but knocked herself out of the final in the process.  Last and Schneitter were joined by Katrin Leumann (Ghost Factory) and Engen made up the other members of the final.  Schneitter went to the front on the first short climb, and easily held off Last for the victory, with Leumann taking third. 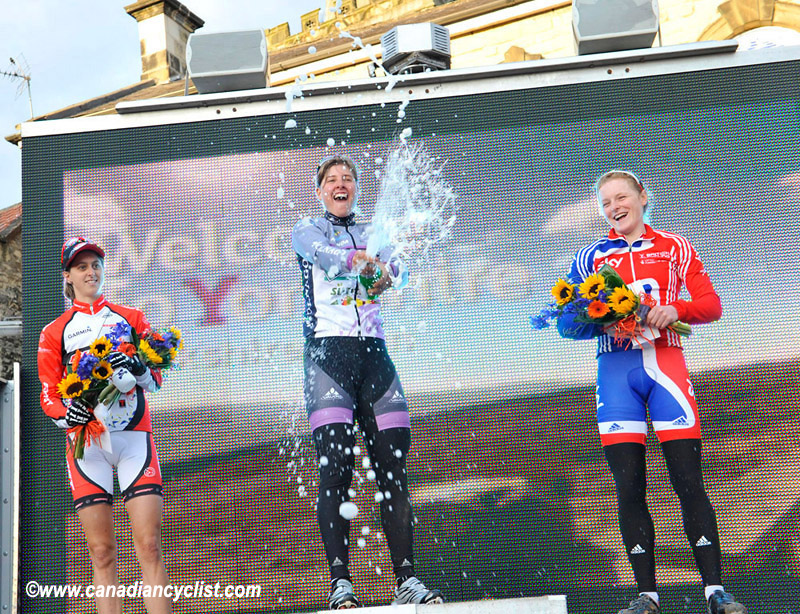